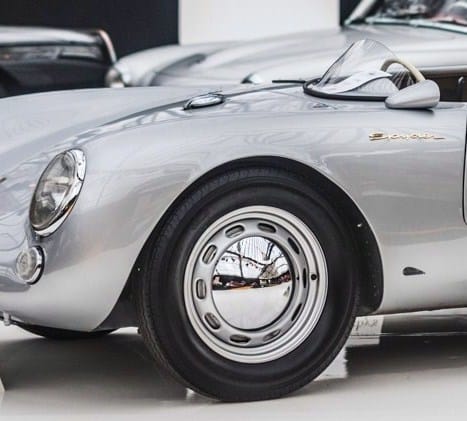 RM Sotheby’s had a very tight schedule following its successful collector car auction January 28-29 in Arizona, packing up and flying off to Paris for its Retromobile auction on Wednesday. They made it, and held a sale that reached nearly $21 million for 48 sold out of 61 cars, a 79 percent rate.

The star of the show was a spectacular Porsche, a 1955 Spyder with racing history that sold for a convincing $3 million (all sales results converted from euro and include auction fees), the highest sale that took place during the auction.

The rare Spyder, which the auction house said had been a constant focus of attention during the preview at the Place Vauban, was the 1955 Frankfurt Motor Show car and one of just 75 factory-built 550 Spyders sold to private customers. The roadster’s period U.S. racing history includes a third-place in class at the 1956 Sebring 12 Hours.

“We had some great lots on offer in Paris and the Porsche 550 Spyder, in particular, represented everything that we wish to bring to market,” Max Girardo, managing director of RM Sotheby’s Europe, said in a news release. “It’s a car with great history, rarity and huge desirability; it simply ticks all the boxes.”

The Porsche’s reign as top seller was brief, however, as another star of the sale, a 1962 Ferrari 400 Superamerica LWB, which failed to sell on the block, was sold immediately after the auction closed for $3.23 million.

The top-10 sales for the RM Sotheby’s Paris auction were:

(All results are converted from euro at the current exchange rate and include auction fees.)