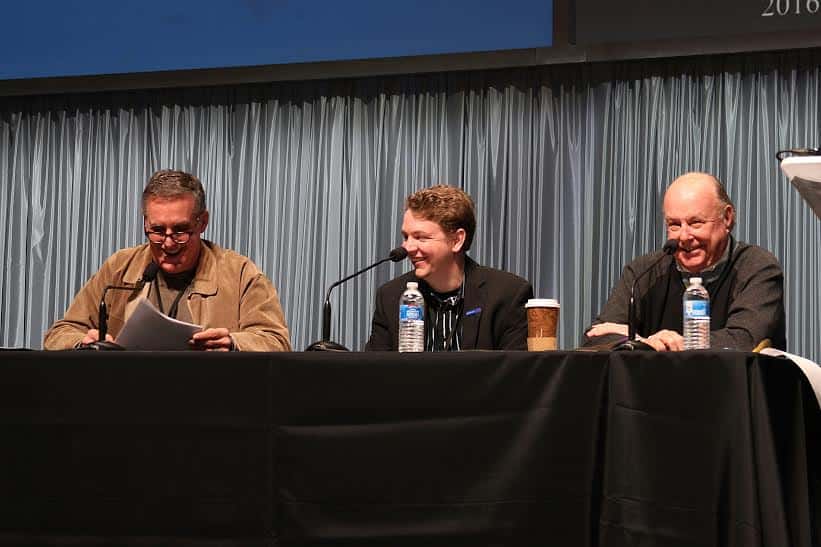 Sports Car Market magazine’s team  gathered Thursday at the Gooding & Company auction tent in Scottsdale to look at the classic car market today and to saw what they also see for the year 2020. The first focus was on five vehicles: a Triumph TR6, Porsche 356 CS/C, Jaguar E-type, Ferrari 250 GT and Mercedes-Benz 300SL.

The panelists largly regard the TR6 as being a good beginner car for those wanting to break into the classic car hobby because it is still affordable at $18,000 to $35,000. However, Steve Serio, a Ferrari and late-model exotics expert, said  we may see an uptick in prices  as people realize just how affordable these cars really are.

The Porsche 356 has been gaining momentum, but Carl Bomstead, an expert especially in American classics, warned that such cars need to be inspected thoroughly because they are prone to issues including rust.

“If you have to fix that, the investment (value) won’t be there,” he said.

As millennials  enter into the market, Serio belives cars like the  E-type will begin tapering off in price. Similarly, the panelists looked at the four-seat Ferrari 250 GT and unanimously questioned how that car became to be so valuable, sitting in the $500,000 range.

Serio commented that the rise in value could be that the car rode the wave of the rising “Ferrari tide” while moderator Donald Osborne said   it could be a case of buying a badge and not a car.

The  300SL coupe, the famed “gullwing,” typically has a market value in the seven-figure range. Osborne noted that while watching these cars, it is important to remember that the owners don’t sell often, though several have come to market recently as their owners are retiring or downsizing.

When it comes to what’s hot and whats not, Pickering thinks collectors should keep an eye on the Toyota Supra Turbo because it is “a halo car for millennials.” He added, “It can have lots of boost and get 1,000 horsepower without breaking down and that’s something millennials like.” Currently the median value for such a Supra is around $22,000; , Pickering thinks we will see the value of these cars increase to around $50,000  for original vehicles. Osborne added that such a  car is cross generational and appeals to not only the millennials but older enthusiasts as well.

Bomstead said other cars we will see continue to rise in popularity and in value will be documented performance cars such as the Chevrolet Corvette Z06 while Osborne suggests cars of the late 1960’s and early ’70s will gain popularity. Sergio pointed to pickup trucks and Land Rovers as cars of increasing value to collectors.

On the other end of the spectrum, each panelist agreed that modified vehicles are not going anywhere quickly in terms of collectability or value because sellers will be hard pressed to find a buyer who wants something the seller has personalized so much.