Her car community gathers once more for Stephanie Bourassa 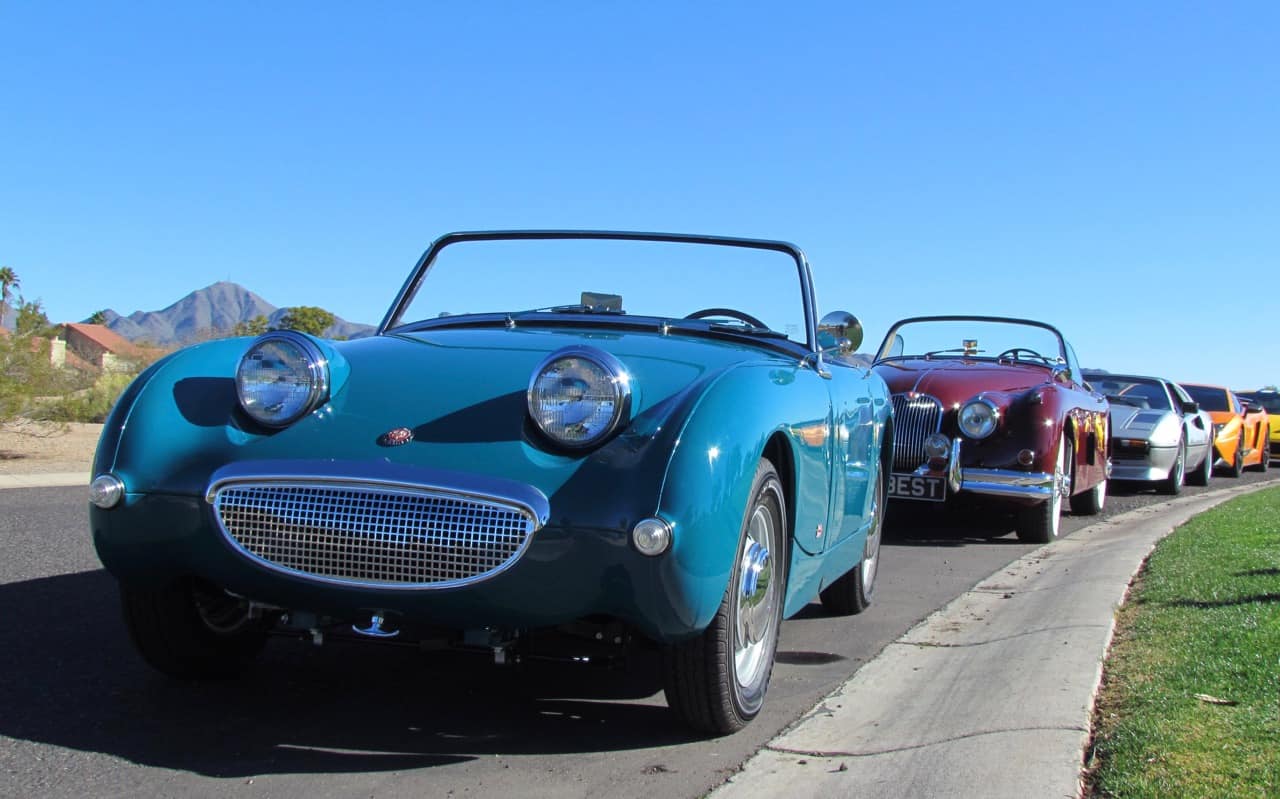 Stephanie Bourassa drew her car community together again Wednesday, and because it is auction week in Arizona, this time they came not only from Phoenix and Scottsdale and Paradise Valley but from Palm Springs and St. Louis and Virginia and other places as well.

I’m not sure there ever is a right time to die, but it was fortunate for Stephanie’s car community that so many of them were here in Arizona this week to take part in her graveside service.

I’ve known Stephanie and Bud Bourassa for just a few days short of a dozen years. No, my memory for dates isn’t that good, but I remember the circumstances when we met, and I just dug out a well-worn T-shirt from the Phoenix Historic Grand Prix races, a weekend of vintage sports car races, to verify the date: It was January 30, 2004.

I’d gone to Phoenix International Raceway to watch the races and to attend the accompanying Kruse classic car auction. As I was walking through the race paddock, I saw Jessica Tullman, the West Coast public-relations representative for Subaru, though instead of the business attire of auto show or new vehicle launch, she was wearing a Nomex racing suit. She introduced me to her mother, Stephanie, and Stephanie’s husband, Bud, owned and wrenched the cars he and Jessica were racing.

Bud had a successful business in Phoenix, and so did Stephanie, who was a single mother of two daughters when she moved from the East Coast to Phoenix and set up a custom screen-printing company. At some point, Bud and Stephanie had met each other at a local Jaguar club event.

Jessica said something like, “Larry, this is my Mom and…” and immediately, if not sooner, Stephanie was inviting me to sit down and share whatever food they had and taking me under her motherly wing and started introducing me to seemingly everyone else in the paddock, and later enfolding me into her classic and collector car community.

Each New Year’s Day, because there is more to life than sitting and watching football games (and because the roads are pretty empty because so many people are sitting home and watching those games), Stephanie and Bud hosted breakfast at their house, from where a driving event launched to a lunch location somewhere across the desert or up into the mountains.

Stephanie was always getting people together, sometimes in such bunches, sometimes simply by inviting you to join she and Bud and whomever they were meeting for dinner. I think she believed room could always be made for one or two more.

One of the things Stephanie especially liked was a particular kind of berry pie from the Rock Springs Cafe, a very cowboy-style western bar and restaurant in Black Canyon City, north of Phoenix. A friend and I had gone there on Sunday after church for lunch, and I called Stephanie and asked what the pie was and did she want us to bring her one — and next thing we knew we were told not only to bring the pie but that we were staying for dinner.

There were many such good times. But then Stephanie was diagnosed with cancer, which she fought for more than two years with every ounce of her Jersey girl determination. Last spring, she was weak from chemotherapy and I picked up Bud on my way to Mitch Silver’s auction. Stephanie insisted I join them and friends for dinner afterward, and she asked me if I’d rather have dinner with a blonde, brunette or redhead. I wasn’t quite sure what she meant, but it turned out I’d been honored with the selection of the wig she’d be wearing to the restaurant.

Finally, in these last few days, it seemed to be just a matter of hours.

On Sunday, Bud had one of his cars at the Arizona Concours d’Elegance. He didn’t want to be there without Stephanie, but she’d insisted.

Jessica told me before the services Wednesday that Bud had left the concours, gone to see Stephanie and spent maybe 40 minutes giving her the details of the day, all the gossip. She’d been waiting for him. She passed on moments later.

The rabbi told those of us gathered at the graveside that while it may seem that someone’s life has ended, they live on when we follow their examples and continue to do their work.

Stephanie Bourassa drew her car community together again Wednesday. I’m confident it will not be the last time.