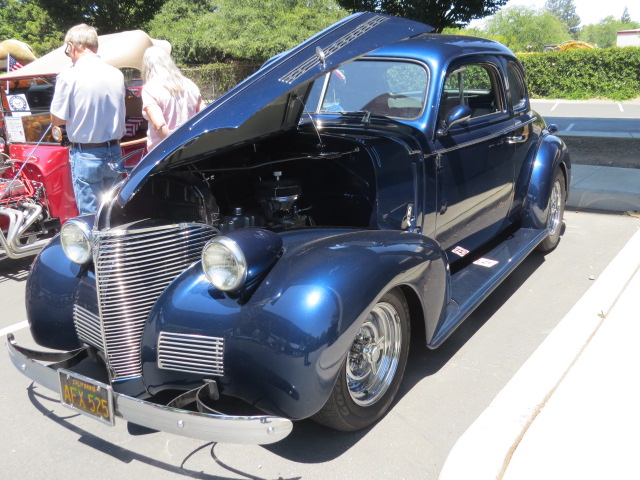 Saturday, Muscle Car City stages its monthly car show from 9 a.m. until 1 p.m. at the museum in Punta Gorda, Florida. The monthly auto flea market is scheduled for January 31` from 7 a.m. until 1 p.m.

Sunday, the AACA museum in Hershey, Pennsylvania, offers a Chitty Chitty Bang Bang PJ Party from 5:00 p.m. to 9:00 p.m. Also at the museum is one of 11 original cars built by Disney for the first Herbie movie. The ‘Love Bug” will be on display until April 30.

January 19, the Petersen Automotive Museum plans a curator talk with the Leslie Kendall, who will discuss the creation of Wilshire Boulevard, the beginning of Miracle Mile and how the Petersen Automotive Museum came to its new renovation and reopening. The following day, January 20, the museum in Los Angeles will show Life on the Limit, a movie, narrated by Michael Fassbender, that Formula 1’s journey from post-war British beginnings through 1976.

The Simeone Foundation Automotive Museum in Philadelphia stages its first Demo Day of the year January 23 with several cars being exercised in a museum parking lot.

The America on Wheels museum in Allentown, Pennsylvania, celebrates its Polar Express Pajama Party from 1:00 p.m. to 3:00 p.m. January 24.

“Museum in Motion” tours by the National Corvette Museum in Bowling Green, Kentucky, begin January 27 to February 1 when participants visit the Daytona International Speedway.  Other tours include a visit to Tucson, Arizona, on March 7-12; the Tail of the Dragon tour May 1-4; and the Marble and Glass tour through New England from May 19-22.