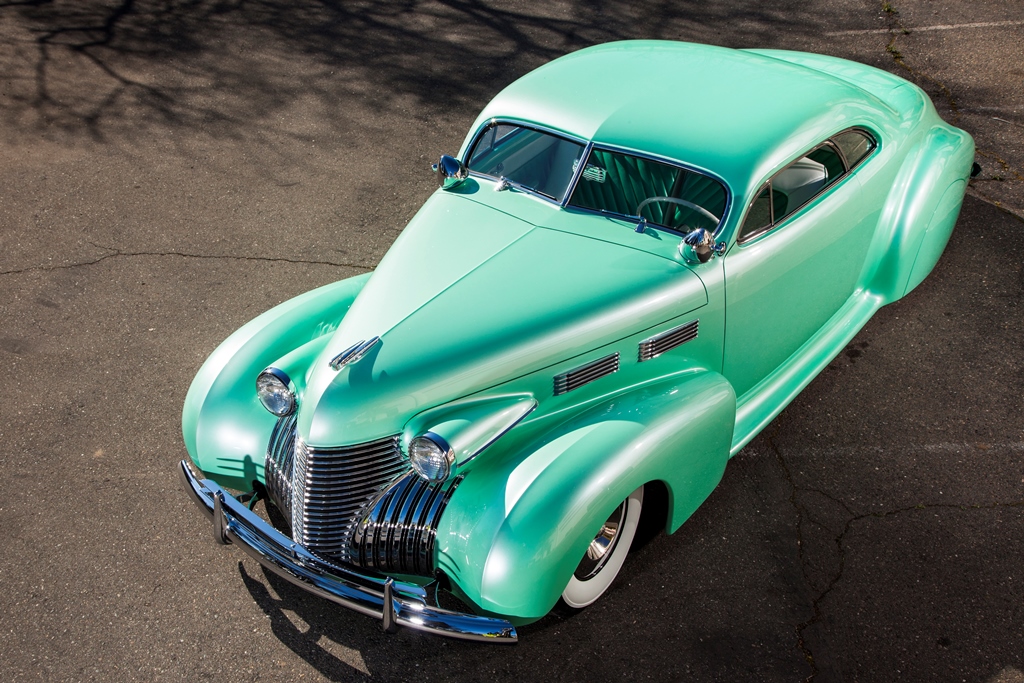 Editor’s note: This is the 17th in a 30-day sponsored series featuring cars to be sold January 23-31 during Barrett-Jackson’s 45th Scottsdale auction.

Last year at the Barrett-Jackson Scottsdale auction, a 1941 Packard Custom built by r John D’Agostino sold for $495,000. This year, two more of D’Agostino’s creations will cross the block, including this 1940 Cadillac Series 62 known as “Sophia.”

Sophia got her name after D’Agostino spent time in the south of Italy enjoying the local atmosphere with friends and the idea struck him to name his latest creation after the queen of Italian movie stars, Sophia Loren.

This original rust-free California car had been stored for 50 years before it was purchased in 2010. Virtually all of its exterior surfaces have been handcrafted into a seamless creation. Take the word “seamless” literally. Those beautiful flowing fenders and their low-key running boards have been widened and actually molded into the body as if they were all a single piece of steel stamped in one stroke by a giant hydraulic press.

You’ll notice this amazing car is no longer the two-door sedan GM produced it to be. The removal of the center post gave this machine the period-correct aero-look D’Agostino was surely envisioning. This particular custom touch added even more style to a machine that was already conceived by world renowned Harley Earl, at the time the resident design guru at GM.

This car’s roof has been chopped four inches to enhance its aerodynamic look. Naturally, the actual amount of such a chop is always a function of the original car and its intended build objective. Yet it’s a process that never fails to make a car look younger and faster, especially models from this era.

The taillights are made of Lucite and molded into the vertical guards on the rear bumper, which was sectioned for perfect proportion. Even the headlights and their housings stand out as if  designed to  outsmart the flow of air around them.

A Chevelle front clip with corresponding disc brakes was grafted, providing Sophia with an instant handling and braking upgrade. A ’70s-era 500cid Cadillac engine backed by a stout Turbo 400 transmission make for the perfect combination to motivate this wonderful example of Cadillac’s supremacy.

The car’s exterior is coated in House of Kolor Ice Mint Pearl paint, which seems to emphasize the voluptuous lines and intricate details.

The interior is done in a  tuck and roll style and capitalizes on period-correct Pearl White combined with more Ice Mint Green.

The original Art Deco design of the grille and even the dashboard trim enforce the car’s historical sensitivities. Wide whitewalls on Coker tires and 1953 Cadillac hubcaps complete this classic custom’s regal image.