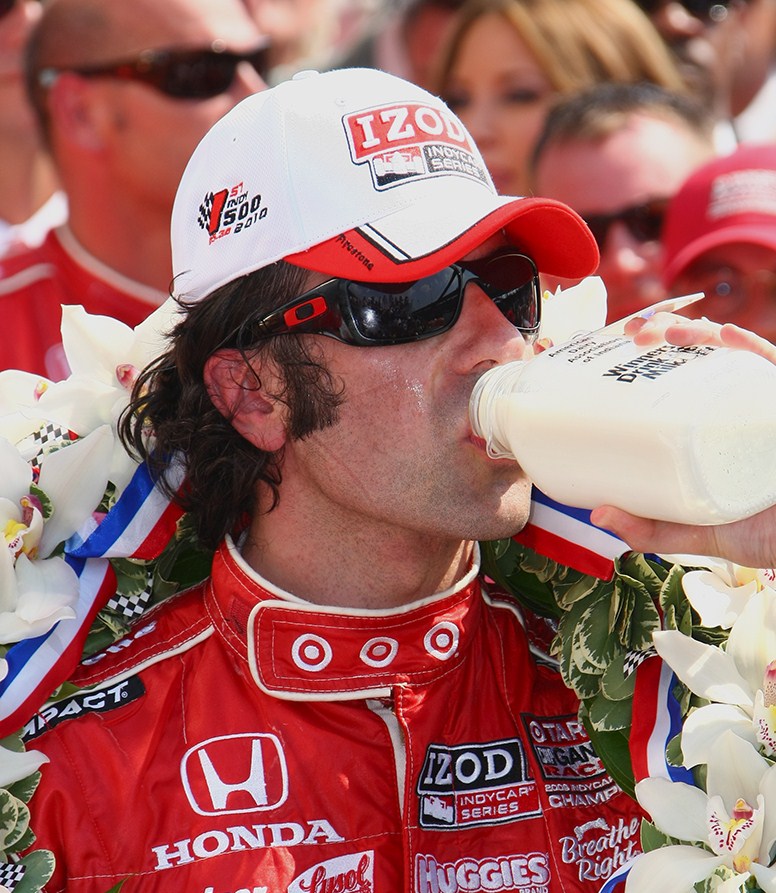 Six celebrated race drivers who each won the Indianapolis 500 over a four-decade span will appear on stage for a roundtable discussion about the “Greatest Spectacle in Racing” hosted by the Arizona Concours d’Elegance on Saturday, January 23, at the Arizona Biltmore Resort in Phoenix.

The Indianapolis 500 roundtable is part of a weekend celebration of vintage automobiles with the Arizona Concours on Sunday, January 24, as the centerpiece. The concours events kick off Arizona’s famous Classic Car Week of auctions, shows and special events.

The winning drivers’ discussion picks up the nationwide excitement surrounding the upcoming 100th Running of the legendary Indianapolis 500 Mile Race in May. Combined, the six drivers on the panel have won the great race 11 times and will share memories of their triumphs and look ahead to the epic 100th running and its significance to the motorsports world.

In addition, four historic Indy cars from the Indianapolis Motor Speedway Hall of Fame Museum will be on display at the Arizona Concours, as well as the Borg-Warner Trophy with the sculpted faces of every winning driver on its surface.

The gathering of Indy car legends at the Arizona Concours also serves as a preview for the sport’s return to Phoenix International Raceway in 2016. Following an 11-year absence, the Verizon IndyCar Series will contest the Phoenix Grand Prix at PIR on April 1-2.

The winning drivers to be featured at the Indianapolis 500 roundtable discussion are:

Johnny Rutherford, who won the race three times in 1974, 1976 and 1980. Originally from Kansas but known as “Lone Star J.R” because he has lived in Texas most of his life, Rutherford competed in the first Indy car race at Phoenix International Raceway in 1964.

Tom Sneva, the 1983 Indy 500 winner. A former schoolteacher in Spokane, Washington, Sneva was the first driver to clock an official lap at the Indianapolis Motor Speedway at more than 200 mph, in 1977. He now lives in Paradise Valley, Arizona.

Eddie Cheever, who won the “500” in 1998. Cheever was born in Phoenix and had a long career in Formula One racing as well as Indy cars, with the most F1starts of any American driver at 132. He holds the record for the fastest race lap at Indianapolis, 236.103 mph in 1996, and is now a race commentator for ABC.

Ryan Hunter-Reay, winner of the 2014 Indy 500 and the 2012 Verizon IndyCar Series champion. The Florida native is the only driver ever to record wins in INDYCAR, CART, Champ Car, American Le Mans Series and Grand-Am races. He currently drivers for Andretti Autosport in the Verizon IndyCar Series.

The moderator of the panel will be another famed race driver, Lyn St. James, who competed seven times in the Indianapolis 500 and was the first female driver named Indianapolis 500 Rookie of the Year.

“We’ve assembled a terrific group of winners of the Indy 500 from different eras with unique stories, and I’m looking forward to bringing out the excitement and energy these drivers share,” St. James said. “They’re bright, they’re interesting and they’re diverse. This is an opportunity to delve into the personalities of the people who drive these exciting race cars.”

The Indy 500 race cars from the IMS Hall of Fame Museum that will be on display at the Concours are:

1914 Duesenberg – Driven at Indy by flying ace Eddie Rickenbacker (who later owned the track) in 1914 to a 10th- place finish. The Duesenberg brothers returned to the Indy 500 in 1924 for the first of three victories.

1925 Miller Junior Eight – The first front-wheel-drive car to race in the Indianapolis 500, the supercharged Miller was driven to a second-place finish by Dave Lewis in 1925 at an average speed just over 100 miles per hour.

1955 SAC Fireboid Special – Starting out as a 1950 Kurtis-Kraft KK3000 (which came in second at with Bill Holland at the wheel in 1950), this car was built as a promotional item fitted with a Boeing gas-turbine engine, with which it drove demonstration laps at the 1955 Indy 500.

1964 Lotus Ford – This Type 34 was a project under legendary American driver Dan Gurney, Lotus chief Colin Chapman and the Ford Motor Company. Powered by a Ford “quad-cam” V8, the car qualified on the pole position with legendary driver Jim Clark at the wheel in 1964, but a tire failure and resulting suspension damage took it out of the race.

Three other historic Indy 500 cars from private owners also will be shown at the Concours:

1978 Penske PC-6 – In 1978, Tom Sneva was the first driver to exceed the 200 mph four-lap average speed (202.156 mph) during qualifying in this Norton Spirit Penske owned by Tom Malloy. He qualified on the pole and fell eight seconds short of the win.

1990 Lola-Chevrolet Ilmor – The Domino’s Pizza-liveried car known as “The Hot One” was the backup car to the one that Arie Luyendyk drove to victory in the 1990 Indianapolis. The car is from Luyendyk’s personal collection.

Dario Franchitti after one of his three Indy 500 wins

The Indianapolis Motor Speedway opened in 1909 and held the first Indianapolis 500 in 1911. The race has been held every year since, with the exception of breaks during the world wars. The historic 100th running will take place on May 29.

“No other motorsports facility in the world has the rich history and tradition of the Indianapolis Motor Speedway,” said IMS chairman Mari Hulman George. “The Centennial Era celebration pays homage to the heroes and events of our storied past while anticipating an even more glorious future.”