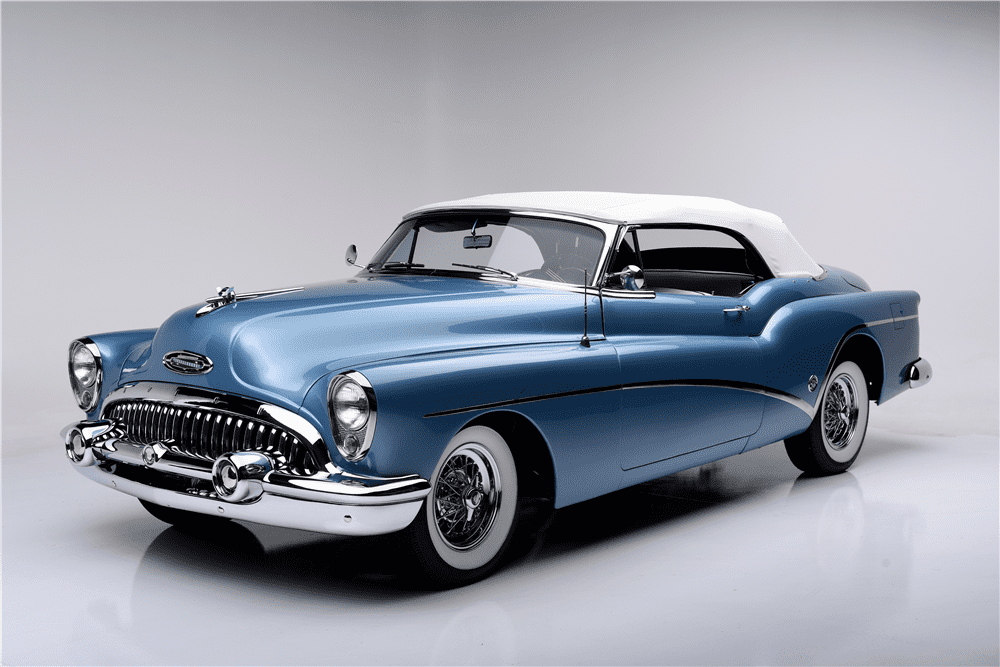 Editor’s note: This is the 14th in a 30-day sponsored series featuring cars to be sold January 23-31 during Barrett-Jackson’s 45th Scottsdale auction.

Created to celebrate Buick’s 50th anniversary, the Skylark joined the Oldsmobile 98 Fiesta and Cadillac Series 62 Eldorado as the top-of-the-line, limited-production specialty convertibles introduced for the 1953 model year as part of General Motors promotion of its leadership in design. Of the three, Buick proved to be most successful, in part because of its less expensive price tag.

Though less costly to buy, the 1953 Skylark was handmade in many respects. Only stampings for the hood, trunk lid and a portion of the convertible tub were shared with the Roadmaster and Super convertibles.

All Skylark tubs were finished with various amounts of lead filler. An overall more streamlined look was reinforced by cutting the windshield almost 3 inches shorter and lowering the side windows and convertible top frame proportionately. Seat frames and steering column were  dropped to provide proper headroom and driving position.

Rear of the 1953 Buick Skylark

This 1953 Buick Skylark convertible is one of only 1,690 produced for 1953. It showcased a number of Buick innovations such as the new Dynaflow automatic transmission, power steering, and the soon-to-be-famous Nailhead 322ci OHV Fireball V8.

The original 322 Nailhead in this car has been rebuilt to factory specs and is as new as it looks. The Dynaflow automatic transmission has also been given new life and is good to go. The car’s power steering and brakes are said to perform flawlessly. A fresh 12-volt electrical system easily powers a variety of options such as windows, seats, top and a Selectronic signal-seeking radio.

This car’s fresh (and factory-correct) Reef Blue metallic paint is breathtaking and matches the color of the rich leather interior. As is fitting for a machine of this stature, it rolls on original and beautiful Kelsey Hayes 40-spoke wire wheels.