A counting for America’s car museums 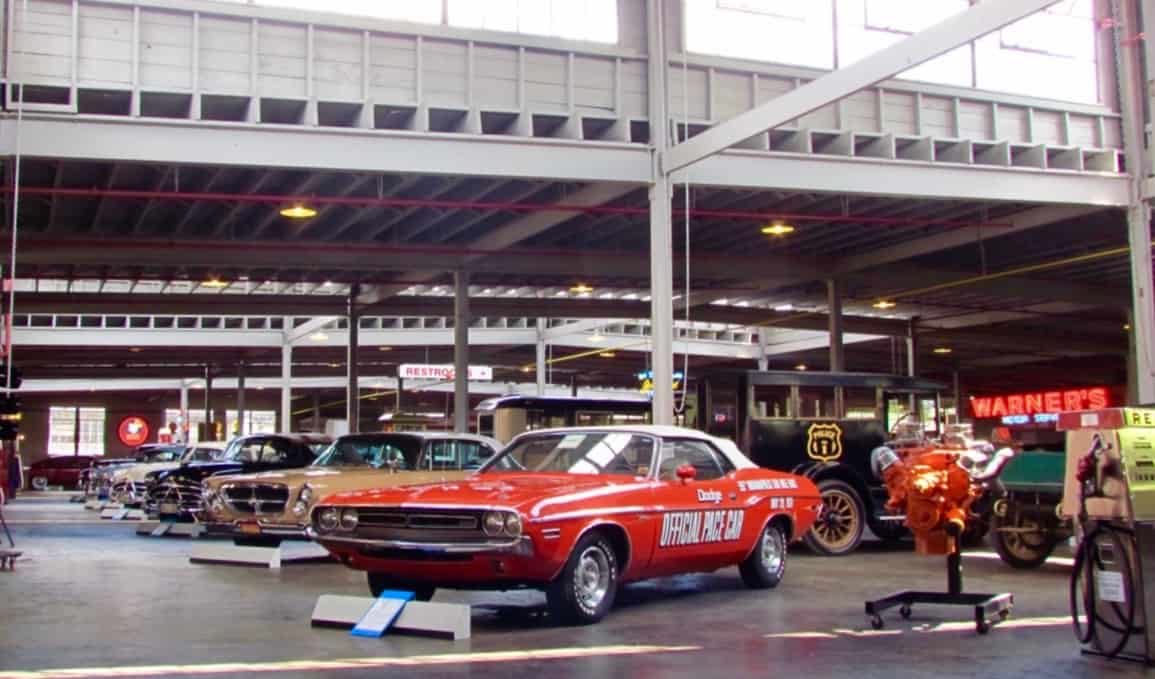 From Anchorage to Albany and from Kokomo to Kearney, from Naples to Nashville and from Owls Head to Oxnard, there are some 160 museums in the United States that have Automobile or Car as their middle name.

Those names and numbers come from the quarterly report of the Institute of Museum and Library Services, which The Washington Post reports is “an independent government agency that tallies the number and type of museums in this country,” which it shares four times a year in the form of massive spreadsheets (complete with GPS coordinates) — one of museums, one for libraries — that you can download to your handy laptop computer.

Which I did after reading The Post’s recent story topped by this shocking headline:

“There are more museums in the U.S. than
there are Starbucks and McDonalds — combined”

According to research by the newspaper and the IMLS, the United States of America is home to 11,000 Starbucks, 14,000 McDonalds, but also to 35,000 museums, and not just museums but “active museums,” and there are twice as many museums now as there were just some 20 years ago.

Actually, there probably are many more, because the list really isn’t complete. For example, the Fountainhead Antique Auto Museum, located in Fairbanks, Alaska and frequently rated among the top 20 car museums in the country, didn’t pop up in my search through the database.

Neither did the Montana Auto Museum, which is worth the trip to Deer Lodge (where you also can tour the adjacent old state prison). I suspect the Montana car collection isn’t listed on the spreadsheet because technically it is only part of the larger Frontier Montana Museum, a grouping of eight museums.

Nor did I find America’s Packard Museum on the list, but I was there last summer — the museum is housed in an old, multi-story car dealership building in Dayton, Ohio.

Speaking of Dayton, from the IMLS list you wouldn’t know there are several classic cars on display at Carillon Historical Park — A Dayton History Experience, which is listed on the spreadsheet as just “Dayton History.”

And while we’re at it, the spreadsheet lists the Planes of Fame Air Museum in Chino, California, but not it secondary location at Valle, Arizona, just south of the Grand Canyon, nor does it note that while the focus in both locations is on vintage aircraft, the museums also have a very nice array of classic cars.

Interesting, as well, that while there are at least 160 automobile or car museums on the list, the National Association of Automobile Museums counts only around 100 such institutions in its membership, and several of those members aren’t on the federal list.

But regardless of the car museums the IMLS list may overlook, it still provided me with places I need to go. For example, I really need to do a field trip to New England, and while I know Walworth, Wisconsin, as the home of Mecum Auctions, I’m even more eager now to visit the community because it also is the home of Al’s Auto Body & Arboretum, one of the nation’s more than 35,000 federally accounted for museums.

A row of Buicks at the GM Heritage Center in Michigan