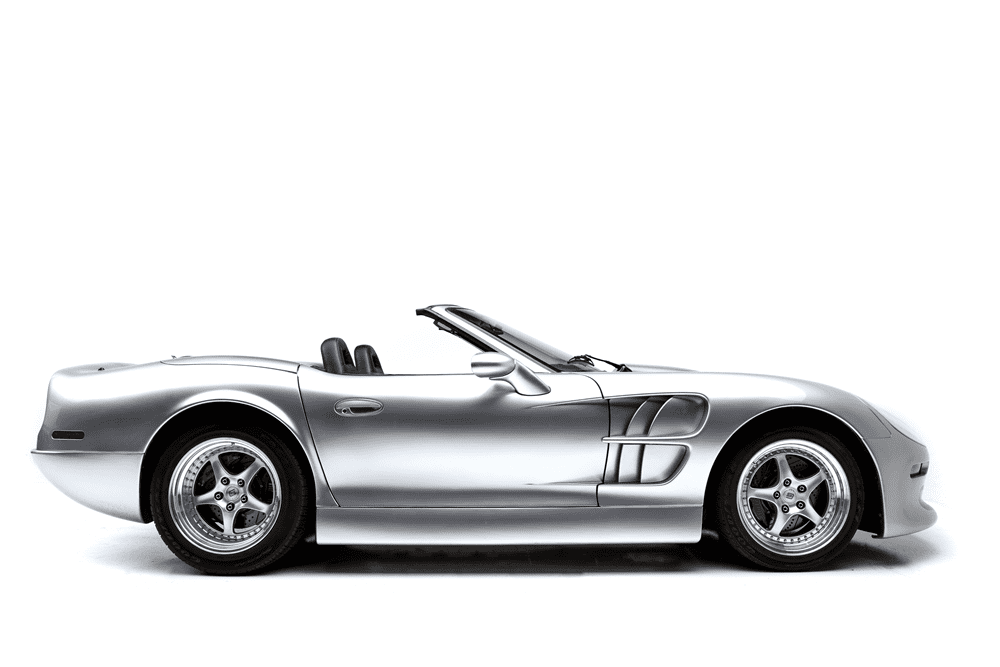 Editor’s note: This is the eleventh in a 30-day sponsored series featuring cars to be sold January 23-31 during Barrett-Jackson’s 45th Scottsdale auction.

Indefatigable automotive icon Carroll Shelby dreamed of designing, building and distributing a vehicle to recapture the hearts and imagination of American sports car enthusiasts post the success of the Cobra and other various Shelbys. At age 70, the legendary snake-charmer set out to create a rarefied machine known as the Shelby Series 1 as a modern day update on the Shelby Cobra theme.

The Shelby Series 1 proved to be most difficult car to produce in Carroll Shelby’s storied career.  With only 249 cars produced, the Series 1 was ahead of its time for a production car of that era, in part due to its carbon-fiber body made by Venture Industries.

The project struggled for years with modest sales and consistent price increases that reached $134,000 when Venture Industries stepped in with needed capital.

The chassis was made from extruded aluminum parts and the suspension could be custom tuned. It was also made of aluminum with four-wheel independent movement of upper and lower control arms and adjustable shocks and coil springs that pounced with Formula 1 style inboard rocker arms.

Powering the Series 1—  and causing controversy during the design and production phases — was its Oldsmobile Aurora V8 modified with a performance camshaft, custom intake manifold, dual exhaust and a special performance chip. The Aurora engine was rated at 320 horsepower and was designed to be supercharged.

Production of the Series 1 ceased in the face of new federal emissions standards of 2005.

This particular 1991 Shelby Series 1 is a rare limited-edition Shelby supercharged version, one of 50, which produces 550 horsepower and is mated to a 6-speed transmission. The result is a car that goes from 0-60 mph in 3.2 seconds.