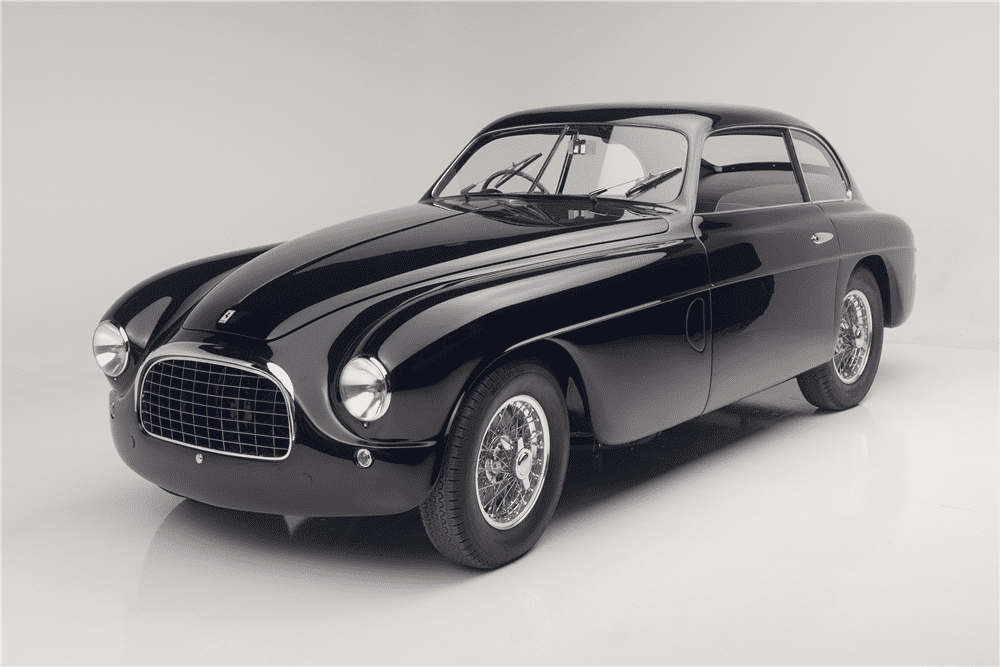 Editor’s note: This is the tenth in a 30-day sponsored series featuring cars to be sold January 23-31 during Barrett-Jackson’s 45th Scottsdale auction.

The 195 Inter was essentially the second Ferrari model built for street use. Regarded as an upgraded 166 Inter, the 195 used a V12 engine designed by Gioacchino Colombo utilizing technology such as Tony Vandervill’s Thinwall bearings to achieve a reliable high rpm speed that was unusually exotic for the early 50’s.

Ferrari offered a very usable 130 horsepower, suitable for road use. However, the 195 Inter retained the dry sump lubrication usually reserved for race cars of the period.

The 195 came in two distinct models, the S, or Sport, which offered slightly more horsepower, or the Touring versionl.

Compared to the 166 Inter it replaced, the 195 Inter was somewhat longer, offering the many Italian carrozzeria’s more room for interior space.

The 195 Inter wasn’t built as an out-and-out race car but some did compete in motor sport. Salvatore Ammendola raced 0117S and was a local expert at the Stella Alpina Rally, an event run over four days of the Italian mountain passes near Trento. He won the event outright in 1951. Later, the car was raced in the Coppa Inter Europa at Monza and the 1951 Mille Miglia.

The only thing needed to return this beautiful 1950 Ferrari 195 S Inter Superleggera to concours specifications is the original “city-style” exhaust.

This 0081 S could prove a fine dual-purpose machine, eligible for events such as the Mille Miglia, Colorado Grand, Coppa d’Oro delle Dolomiti and even the Shell Ferrari-Maserati Challenge. Given its comfortable accommodations and impressive performance, this early Ferrari is particularly well-suited for driving events.

This 195 is offered with a tool kit, jack and manuals, as well as a complete report compiled by Ferrari expert Marcel Massini, including ownership history and copies of the original build sheets.