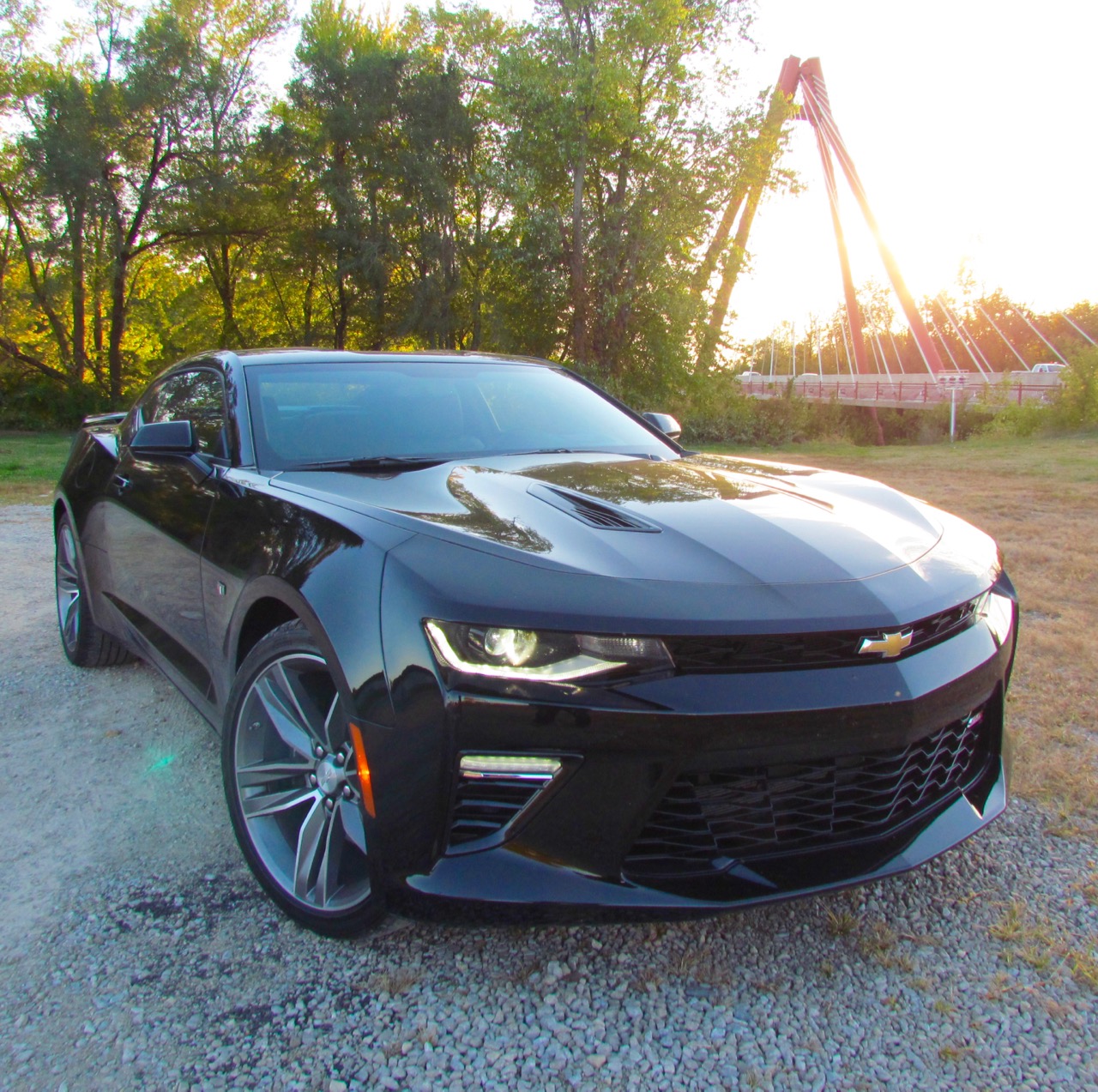 I’d sat through a couple of technical briefings on the 2016 Chevrolet Camaro, the all-new version that launches the sixth generation of Chevy’s … of Chevy’s what?

We originally used “pony car” to categorize the Ford Mustang and the cars it inspired, but the other automakers found that term too Ford centric. So, a more generic “sporty cars” label was applied, though lately the tendency has been to group such vehicles under the banner of “modern American muscle cars,” and especially since these relatively compact coupes (and in some cases convertibles) have had increasingly powerful engines bolted in beneath their hoods.

Anyway, since in addition to doing this Driven story I’ve been writing an entire book about the new Camaro, I had heard from engineers and designers and others involved in the car’s creation, and even took a couple of short test drives in the car. But what really struck me was one evening this summer when I was back in Michigan and was driving west on Interstate 96 and saw maybe four or five pre-production Camaros being driven in the eastbound lanes from the assembly plant in Lansing to either the GM tech center or proving grounds.

It was the first time I’d seen the Camaro in traffic — and cars are best seen in their true environment, on the road — and I was struck by the fact that this new one was, indeed, smaller than the current model, and more sleekly styled as well, to the point that on the road the new one looked more like a larger Corvette than a smaller Camaro.

And then, a few weeks later, I did two extended drives in the new Camaro and that only confirmed my belief that this new one is much more of a large sports car than it is a traditional American “pony car.”

Though the design retains Camaro cues, it feels from the driver’s seat more like a Corvette, albeit a Corvette large enough to have a back seat.

The 2016 Camaro actually is smaller than the 2015 version — more than two inches shorter overall, with more than an inch lower roofline. Even more significantly, it’s lighter, by between 223 and 390 pounds depending on which version of the car you’re buying.

The reason is two-fold: The car is built on the Alpha platform that underpins the Cadillac CTS and ATS, and Camaro engineers were meticulous in paring away every unnecessary gram of mass, to the point that if a few bolts had more threads than were needed, the excess ones were eliminated.

With less weight and a stiffer chassis, the car’s dynamic capabilities were expanded, and more so when you consider that the new 6.2-liter V8 engine pumps out 455 horsepower and 455 pound-feet of torque, compared with the previous 426 and 420, respectively, in the 2015 version; that the new V6 provides 335 horsepower, compared with 323 a year ago; and that early in 2016 the Camaro can be equipped with a new turbocharged 2.0-liter four-cylinder engine that will offer 275 horsepower and 295 pound-feet of torque, and that’s more torque than comes with the new V6.

Arriving at the same time as the Turbo 4 is the new Camaro convertible, and with a convertible top that can be powered up or down while the car is traveling as fast as 30 miles per hour.

I have yet to drive either the Turbo 4 or the convertible, but I’ve driven both the new SS with that 455/455 V8 and the V6-powered LT. And they were serious drives — the V8 on a two-day trip from Detroit to Nashville and the V6 for a similar duration from Albuquerque to Phoenix. Both of the cars I drove on those trips had 6-speed manual transmissions, though I’ve also done brief drives in both with the new 8-speed automatic, and most people will be thrilled with that gearbox.

But driving enthusiasts like to shift for themselves and the new 6-speed has compact throws and a delightfully light clutch pedal with an easy-to-determine pickup point. Plus there’s active rev-match technology that lets you up and downshift just like an experienced race car driver.

There’s also a Corvette-style mode selector switch that lets you adjust several parameters to fit weather or road conditions, and yes, “track” is a road condition.

The new interior design is much more driver centric. The cupholders have been shifted so they don’t interfere when you’re shifting, and real estate on the dashboard has been saved by the development of HVAC controls that are built into the bezels around the two big central vents.

Perhaps owners’ most consistent complaint about Camaros has been the limited rearward vision, but there’s a wonderful new rearview camera that solves that issue.

And no one should have an issue with the forward (or lateral) movement of the new Camaro, especially the SS with its engine that just keeps pulling and pulling, but also with a stiff chassis, strong suspension (magnetic suspension available) and big brakes that figure to make the car a pleasure to drive whether you’re heading cross country, commuting to work, or late braking for that declining-radius turn on your local mountain road, race track or autocross course.