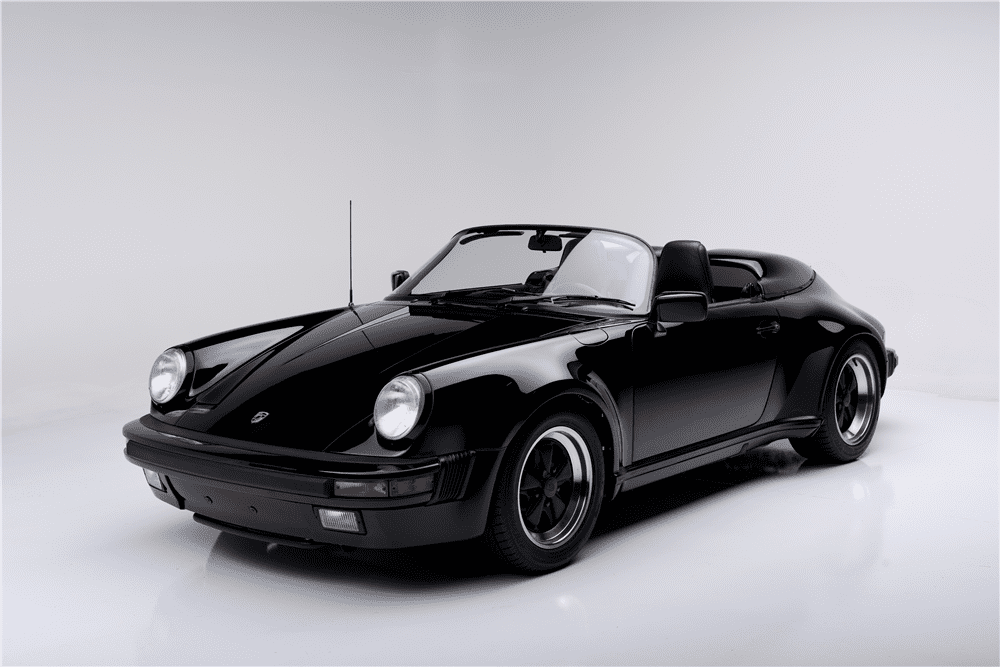 Editor’s note: This is the eighth in a 30-day sponsored series featuring cars to be sold January 23-31 during Barrett-Jackson’s 45th Scottsdale auction.

When Porsche debuted the 911 Speedster in 1989 it brought back a lot of fond memories for enthusiasts of earlier models, evoking the spirit of the Porsche Speedsters from the 1950s, in part due to its low-cut and raked windshield.

This 1989 911 Speedster combines the shortened windshield of classic ’50s Speedsters with the wide, turbo-style body of later models. Its 214-horsepower, 3.2-liter flat-6 maintained the air-cooled configuration for which Porsches were famous.

The car came without rear seats and had a twin-humped tonneau for when the top was down. It was available in both narrow-body and turbo-style wide-body configurations. The 911 Speedster was only made in 1989, and 2,104 were built. Slightly more than 800 went to the United States.

This 1989 Porsche 911 Speedster is set to cross the Scottsdale block at no reserve.

The car has a short-throw, 5-speed transmission, four-way power seats, air conditioning, leather upholstery, and a Porsche sound system. It has heavy-duty, 4-piston disc brakes with ventilated and cross-drilled rotors and features only 12,627 miles on it and has the Porsche Certificate of Authenticity.

The Speedster’s performance is more than hinted at by the Turbo-style bodywork comprising flared fenders and wider tires on Fuchs wheels with black-painted centers. The Speedster also uses the Turbo’s suspension with the exception of Bilstein shocks.