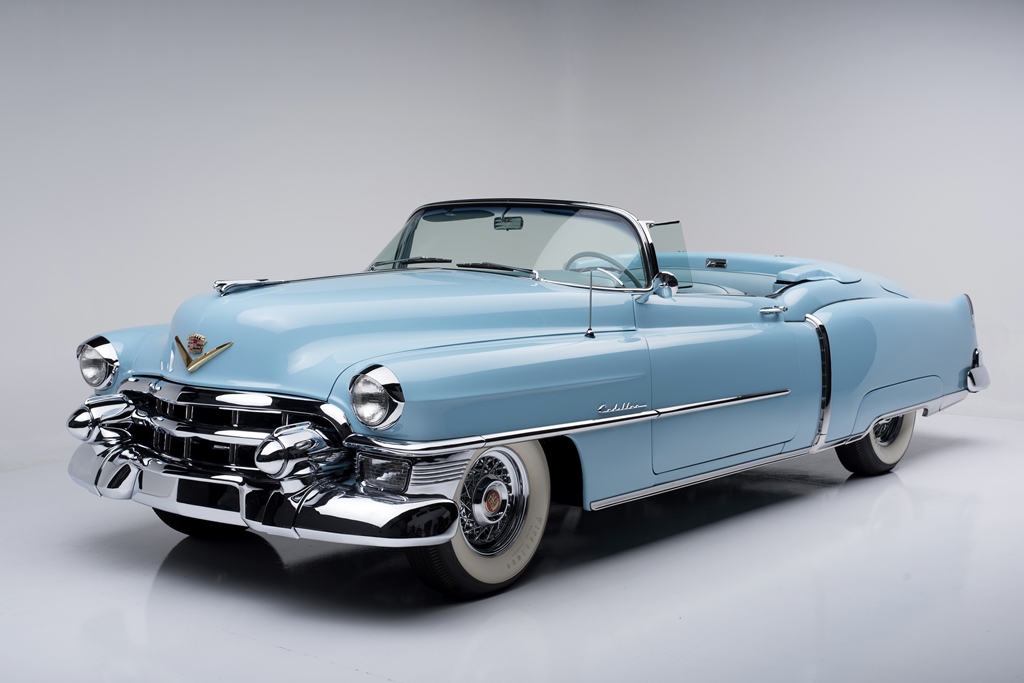 Editor’s note: This is the fourth in a 30-day sponsored series featuring cars to be sold January 23-31 during Barrett-Jackson’s 45th Scottsdale auction.

The 1953 Eldorado represents Cadillac’s introduction to the new era of automotive design, again proving the brand’s dominance in the growing luxury car segment.

The name is a contraction of two Spanish words which translate to “the gilded (golden) one” and also refer to El Dorado, the mythical lost city of gold. The car received its name while a concept car designed to celebrate the company’s golden anniversary.

This upscale rendition of a Cadillac continued to be a major part of the division for generations. It was the ultimate in style and performance from a brand already known by all for its prestige.

When the Eldorado hit the market, it featured a full assortment of deluxe accessories and introduced the wraparound windshield. The design was soon applied to a wide variety of other models.

This particular 1953 Cadillac Eldorado convertible is set to cross the block at no reserve during the January auction. It is the 288th of 533 produced for the 1953 model year.

The car has been restored from its bare metal body panels during the five-year restoration project. During the restoration, the car’s original Azure Blue color has been reapplied and makes the car look better than when it was new. All the chrome pieces shine brightly, while panel and trim fit perfectly.

Powering this Eldorado is a Cadillac 331cid V8 attesting to its originality while all tags, decals and labels are correct and original.

Featured on the car is power steering and brakes and a clean interior with power seats, power top and antenna.