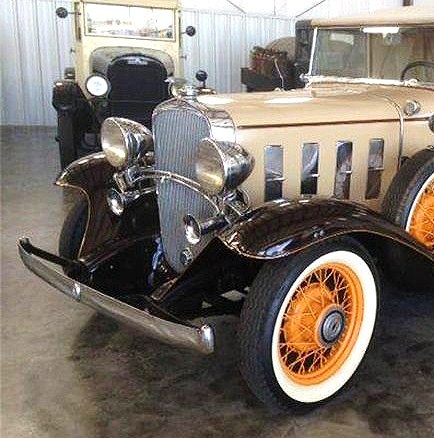 Classic Car News, the news and opinion portion of ClassicCars.com, has been ranked No. 2 on a list of 100 most-influential automotive blogs on the internet.

The list was compiled by NFC Performance, which determined the rankings using a system of algorithms “created in house using a weighted system incorporating both social media signals, off-site signals, and on-site factors,” the website said in announcing the results. “These statistics took months to gather.”

The NFC analysts considered such factors as social-media presence, web design, and original, independent content in the scoring process, which focused on up-and-coming and independent blogs in the automotive community.

“This award was the result of a three-month project analyzing and collecting data from most of the top tools online to help get a very high-level list of the most influential websites in the industry,” said Matthew Delaney of NFC Performance. “We thought it would be exciting to reward our peers for all of their hard work, and it has been exactly that since the list was published.

“ClassicCars.com did very well in our list this year. I attribute your power in our rankings to your great success across nearly every channel that we measured. While most sites had some strengths and weaknesses, ClassicCars.com has it all. Your social media accounts do very well, your website’s traffic is among the best in the world, and your website’s trust and authority are very strong.”

ClassicCars.com, which was established in 2007, started up its editorial content two years ago and since then has posted more than 2,200 articles. Led by veteran automotive journalists Larry Edsall and Bob Golfen, Classic Car News has become an authoritative voice in the collector car community with thousands of daily readers. Phoenix-based reporter Nicole James and East Coast editor Andy Reid are other key editorial staffers.

“We are honored that NFC Performance named us as No. 2 within their list of the 100 most-influential automobile blogs,” said Roger Falcione, president and chief executive of ClassicCars.com. “We are in great company on this list and I am extremely proud of our team of editors and writers.

“We launched our blog, Classic Car News, two years ago with the aim of delivering comprehensive, up-to-the-minute coverage of the collector car hobby every day for the millions of visitors to the ClassicCars.com marketplace. The response from the community has been beyond our expectations, and we are delighted to watch Classic Car News grow so organically.”