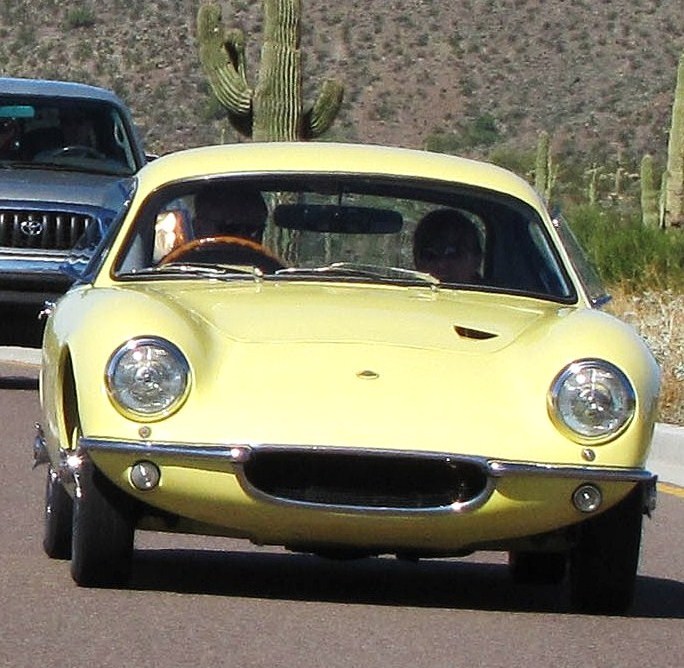 On the very same day that ancient motorcars were trundling from London to Brighton in England, drivers of not-so-ancient vehicles were having their own Brighton rally in Arizona.

Nearly 100 sports cars, muscle cars and classic cars made the trek last Sunday through classic Southwestern desert scenery in and around Scottsdale and Phoenix during the annual Brighton Classic Car Rally held by Brighton Motorsports, a popular collector car dealership in north Scottsdale.

Among them were many examples of British motoring, including an impressive contingent of Morgans (Brighton Motorsports is a Morgan dealer), MGs, Triumphs, Austin Healeys, Jaguars, a yellow Lotus coupe (Brighton is also a Lotus dealer) and a modern, highly exotic McLaren P1. A few modern Morgan three-wheelers from Brighton’s inventory also were driven in the rally.

Quite a few Porsches made the run, including a number of early 356 coupes and convertibles, as well as some American favorites, such as a custom ’57 Chevy Bel Air, a solid collection of Corvettes of various vintages, and lovely yellow 1941 Lincoln Continental convertible powered by a V12 engine.

Brighton Motorsports owners Shane and Karen Mustoe, plus a squad of volunteers, organized the rally that benefits the Sojourner Center, which shelters victims of domestic abuse, for which more than $8,000 was raised.