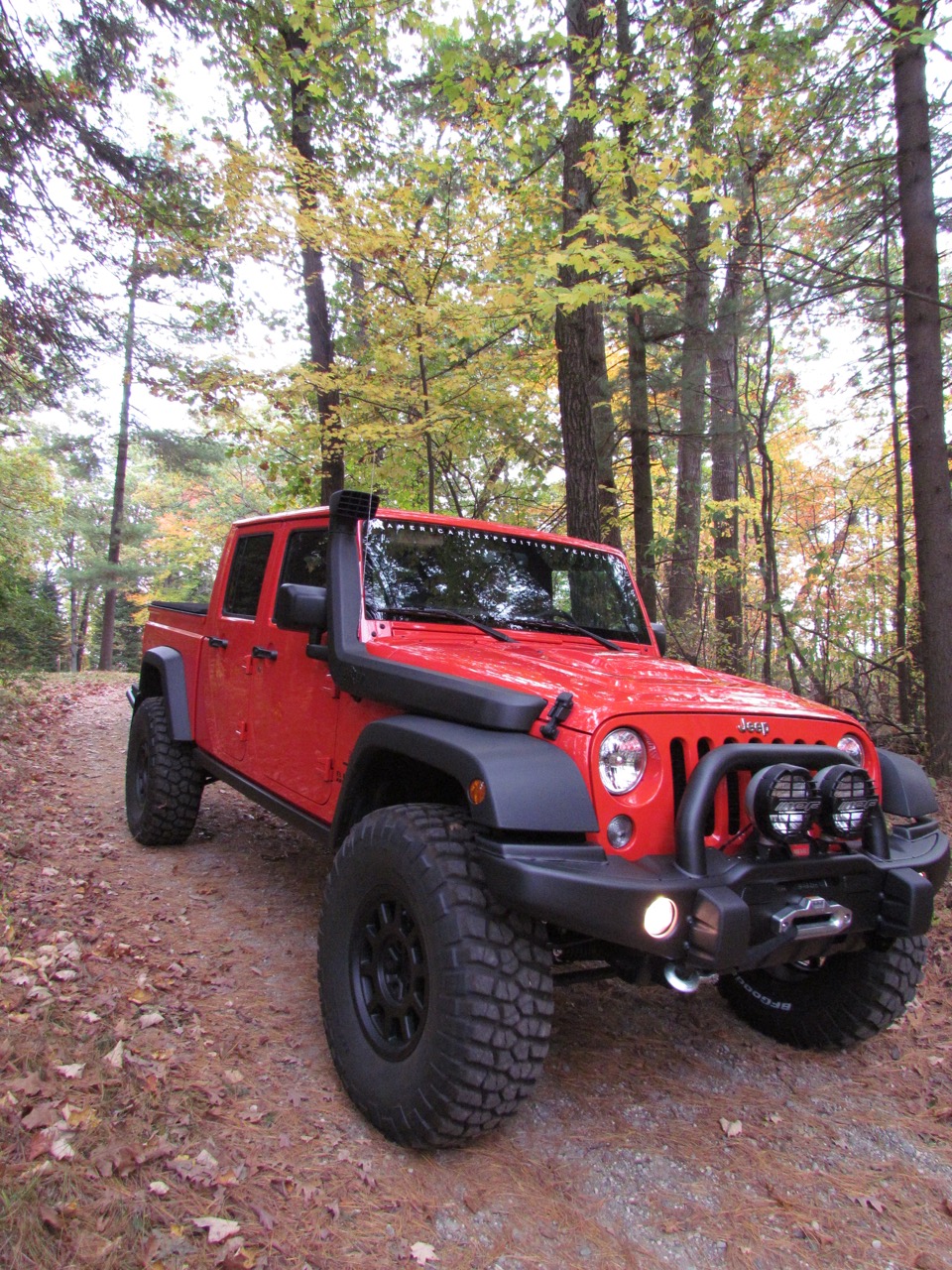 It’s called the Brute, but we found nothing brutal about it, at least not in the unpleasant, cruel, savage, pitiless, coarse, harsh or barbaric sense of the term.

On the other hand, this four-door Jeep pickup truck does more than fit the fierce and physical sense of being a brute.

OK, so what is this vehicle? Well, it comes off the Fiat Chrysler assembly line in Toledo as a four-door Wrangler Unlimited model. But instead of being shipped to a Jeep dealership, the vehicle goes to American Expedition Vehicles northwest of Detroit. 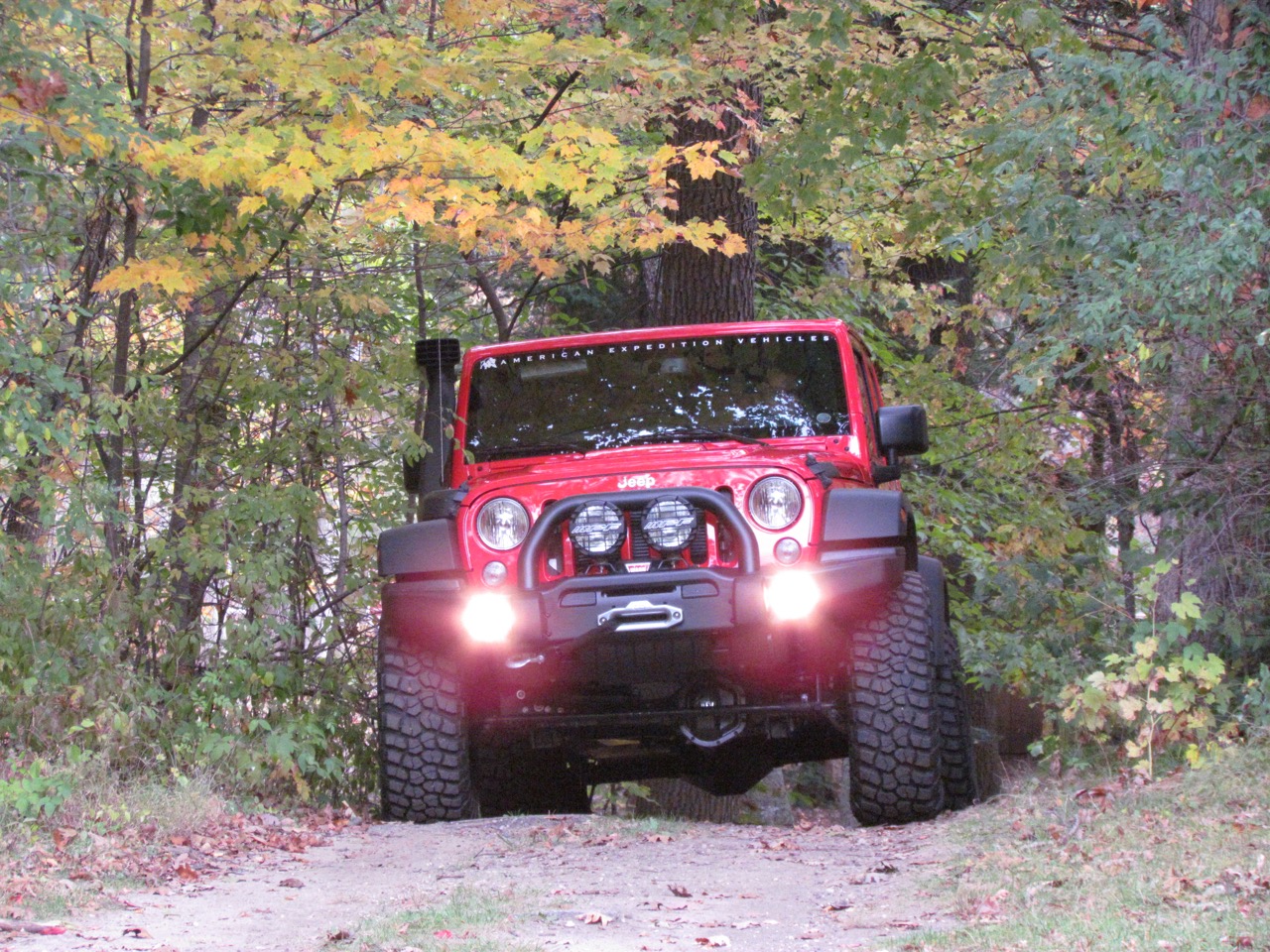 AEV was founded by Dave Harriton while he still was a student in the business school at the University of Montana. For his senior thesis, he wrote a business plan for a company that would stretch and upfit Jeeps; Harriton bought his first YJ Wrangler while in high school and did a 22-inch stretch on it while attending college.

Not only did Harriton’s paper win a university-wide competition, but a local bank was impressed to the point that it loaned him the money to launch AEV, which he did in 1997. Since then, the company has grown so much that while Harriton remains in Montana, manufacturing and engineering has moved Michigan to take advantage of the deep pool of automotive expertise. In Montana, Harriton was doing fewer than half a dozen vehicles a year. This year, the Michigan facility will modify nearly 1,000 Jeeps and Ram pickup trucks.

The company’s showpiece is what it calls the Brute Double Cab. AEV separates body from frame. The body is cut behind the second-row seat and a close out (steel panel behind the passenger compartment) and pickup bed are added. The entire body is then painted in AEV’s own booth.

Meanwhile, the frame is cut and the wheelbase stretched by 24 inches, with another 16 inches added to the rear to support the pickup bed. Add AEV’s own dual-sport suspension with its 3.5-inch lift kit, AEV front and rear bumpers, Warn winch, AEV heat-reduction hood, 17-inch alloy wheels and 35-inch mud-terrain tires and interior upgrades — leather, AEV instrument cluster and badging — and you have a vehicle that looks and feels as if all the work were done on a factory assembly line.

But it drives even better, once you find a way to climb up behind the steering wheel. Even with those aggressive BFGoodrich mud tires, the Brute is quiet as it cruises around town or at highway speeds. And that long wheelbase makes for a surprisingly smooth ride, yet turning is no chore at all. We didn’t get to do any serious off-roading, but there’s plenty of ground clearance, all the usual Jeep 4×4 goodies, and those knobby tires, not to mention all the available power for climbing from the big Hemi powerplant.

The Hemi also provides power for things such as passing smaller vehicles you might encounter along the way.

AEV marketing coordinator Matt Feldermann said typical owners are people who have had exotic sports cars and now want something different than the vehicles their friends are driving.

“They want something more exclusive,” he said.

Even more exclusive than the Brute is the Filson Edition of the vehicle, done in conjunction with and featuring leather and rugged twill seating from the maker of the high-end luggage company.

Another level of exclusivity is being able to build your own dream rig and while some companies offer a chance to win a complete Wrangler overhaul package, there are also many other unique models to pick from.

There’s also a Filson Edition of the AEV Jeep JK model, which comes in 200, 250 and 350 versions, the numbers representing a 2-inch, 2.5-inch and 3.5-inch suspension lift. The JKs don’t have pickup beds or stretched frames but are upfitted with bumpers and winches, even a special AEV spare-tire carrier than stores 10.5 gallons of fuel between the Jeep and spare. AEV’s rear bumpers also contain cavities that can hold five gallons of fresh water, thus eliminating the need to carry jerry cans of water or fuel inside the vehicle.

The JKs also can be equipped with 5.7- or 6.2-liter Hemi engines as well as AEV roof racks, differential covers and other options. The basic JK350 package costs around $14,000 more than the standard Wrangler, Feldermann said. 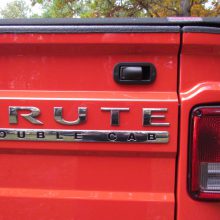