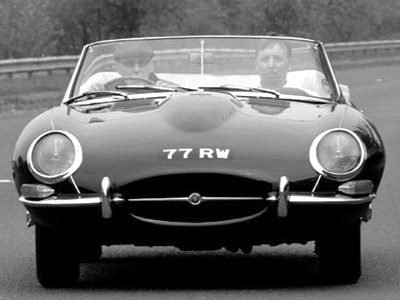 Though it might seem like the ultimate no brainer for British car enthusiasts, the Jaguar E-type has been voted Best British Car ever in a worldwide poll run by the inaugural Classic & Sports Car – The London Show, which took place this past weekend at Alexandra Palace in London.

The beautiful E-type, known in the U.S. as the XK-E, was the top vote getter, beating out such greats as the McLaren F1, Mini, Bentley Speed Six, Rolls-Royce Silver Ghost, Range Rover, Jaguar XKSS and other British motoring icons.

“The E-type has it all, looks to stop traffic even today and a driving experience that has stood the test of time,” James Elliott, Classic & Sports Car magazine group editor, said in a news release. “More importantly than that, though, was that at the time you could not have bought more style and performance for the price. It is a car that seduces young and old, and is a very worthy winner and rightly the Best British Car Ever.”

The Jaguar E-type car was an instant hit when officially unveiled at the 1961 Geneva Motor Show. The convertible show car – 77RW – was driven almost non-stop from Coventry, England, to Geneva by legendary Jaguar test driver, Norman Dewis OBE, who was a special guest at The London Show.