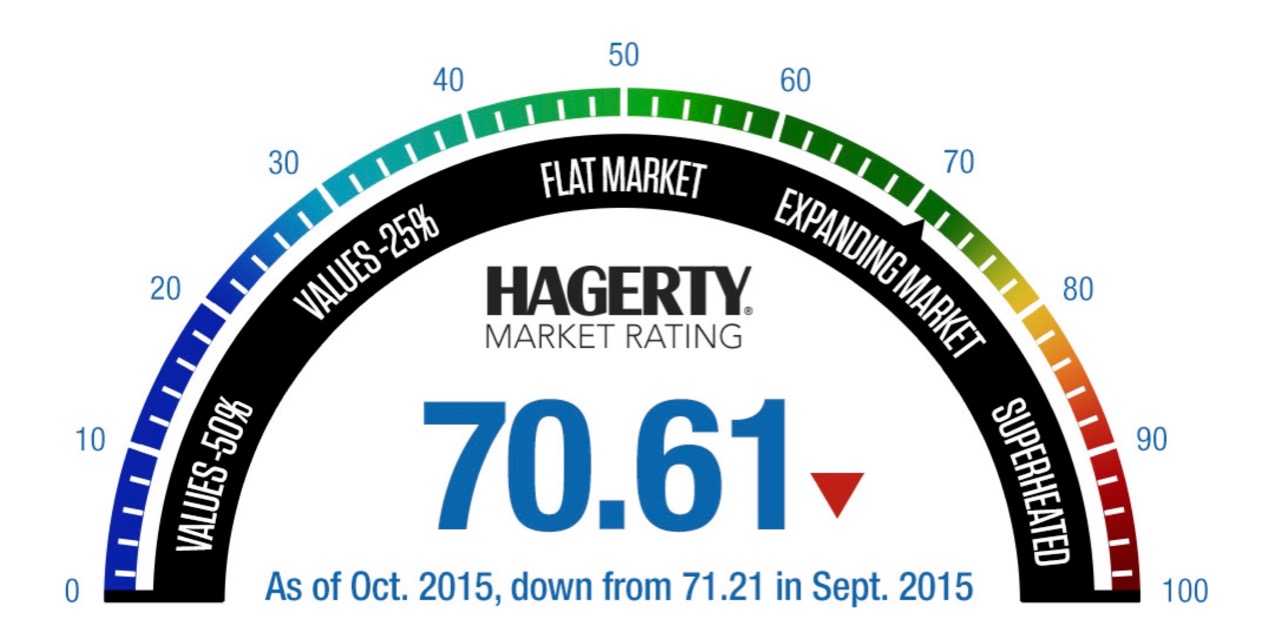 If the astronomic prices paid in August at auctions on the Monterey Peninsula weren’t enough to boost the monthly Hagerty Market Rating for September, there was little chance of a change of direction in October.

Hagerty announced the latest figures Monday. They were down, not only for the fifth consecutive month but the rating suffered the largest one-month drop since July 2013.

“The volumes sold at auctions remains strong, and a rebounding stock market brought some optimism to this month’s Market Rating,” McKeel Hagerty, chief executive of the classic car insurance and value-tracking company, said in a news release.

“The market is still growing,” he added, “but the growth trend continues at a slower rate.”

The September figure was revised from 71.21 to 71.20 after the federal government released its latest inflation numbers. Pending that report at the end of October, the preliminary rating for this month slumped to 70.61.

Among the reasons were:

Although first released in January 2015, Hagerty applied its formulas to the classic car marketplace dating back to January 2007. The rating then was in the low 60s. During the economic recession, it slumped to the high 40s and has been on an upward trend since late in 2010.