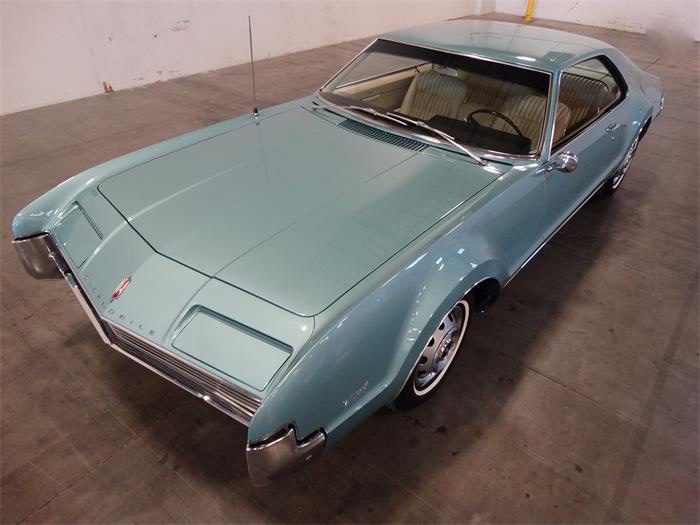 For the 1966 model year — that’s right, 50 years ago — Oldsmobile rolled out a relatively revolutionary car — a full-size car pulled around by its front wheels rather than pushed around by those at the rear.

We say relatively revolutionary because the 1966 Oldsmobile Toronado wasn’t the first front-drive vehicle from an American automobile manufacturer. Cord had done it 30 years earlier with its 810/ 812 “baby Duesenberg” models.

While the Cords were known as much for (and have become much cherished for) Gordon Buehrig’s “coffin-nose” body design as for their front-wheel drivetrain, the Toronado also was something of a stylistic breakthrough: a big car with blistered fenders, a long hood, hidden headlamps (much like the Cords) and a short , steeply sloping rear deck. 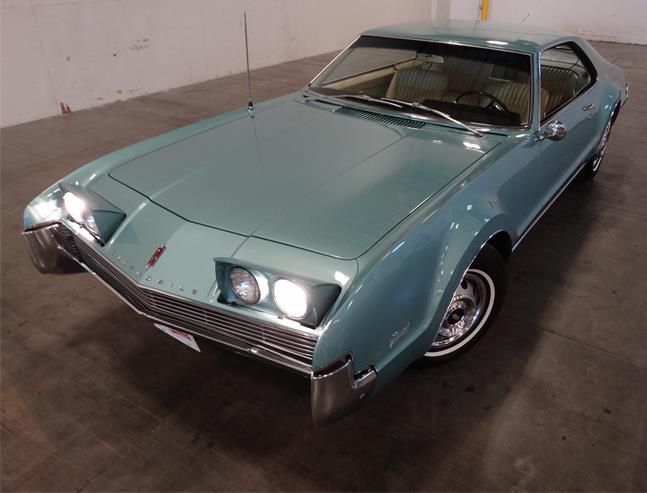 The Pick of the Day is one of those first-year Toronados, a 1966 “survivor” according to the advertisement placed on ClassicCars.com by a classic car dealership based near St. Louis, although the “Toro” is at a satellite sales center in Nashville, Tennessee.

“This beastly 66 Oldsmobile for sale is powered by a big-block 425 cubic-inch Rocket V8 engine,” the ad says. “With a vintage rumble from baffled factory style exhaust, the raps and revs take you straight back to the heyday of muscle cars.

“This 1966 Oldsmobile Toronado for sale shifts through the gears with ease, via a 3-speed automatic transaxle. Built front wheel drive, be prepared to do burnouts that will stun, flabbergast, and stupify even the most knowledgeable of gearheads!”

Inside are front and rear off-white vinyl bench seats and a spinning-wheel speedometer that the ad says “looks like something straight from The Price Is Right, begging you to press your luck and shoot for that dollars mark!” 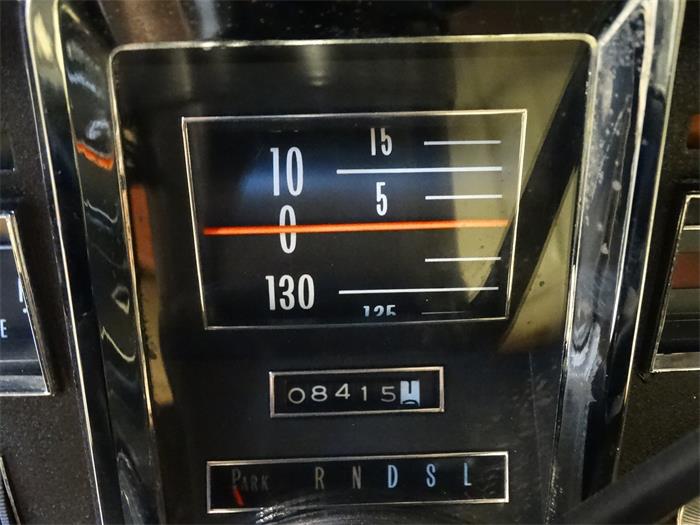 “This Toronado is simply a rarity and likely to win awards at shows, simply because it’s the coolest car there.”

Asking price is $24,995 for what appears to be an immaculate and trend-setting vehicle. 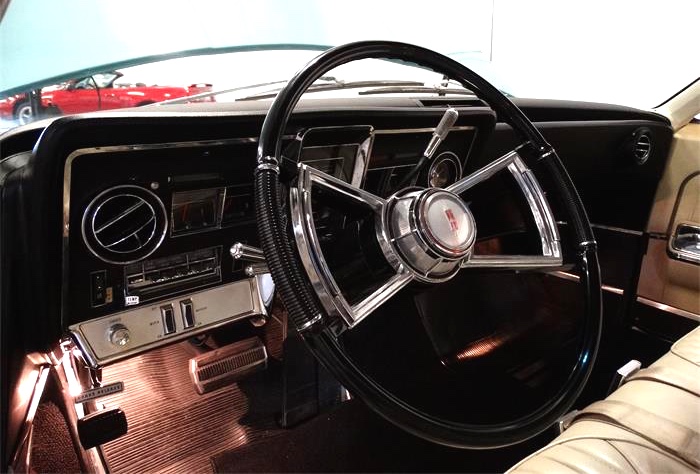