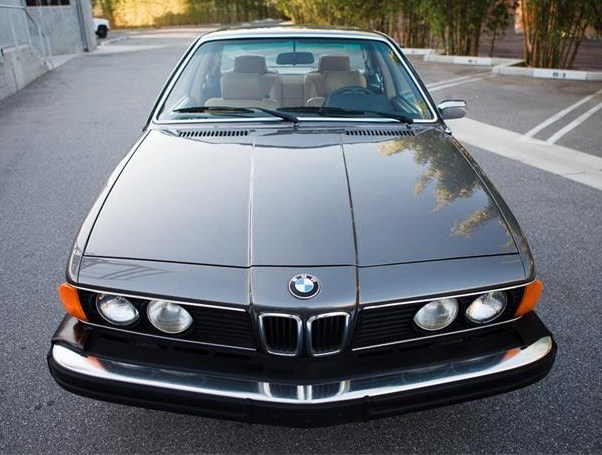 Following up on my ideal last week of cars that one could buy for around $10,000, the Pick of the Day is this stunning one-owner 1977 BMW 630CSI for sale in Pasadena, California.

The 630 CSI is the first generation of BMW’s legendary E24 coupes. The 6 Series was one of those cars that was the measure of success for the Masters of the Universe people – think high-end yuppies and Gordon Gecko types – during the 1970’s and ’80’s. And rightly so, as a first-generation 6 Series BMW was and still is an incredible car, offering timeless good looks and performance to match. Being BMW’s new flagship, they pulled out all the stops with the design of the 6 Series, and the car benefitted from all of BMWs engineering knowledge

Over the years, most 6 Series cars, especially the original 630s, have all but disappeared, with good cars being next to impossible to find. Oddly, the original 6 Series cars have yet to jump in value though interest in these cars has recently increased and the best examples are scooped up quickly

The car advertised on ClassicCars.com is a first-year 6 series 630 CSI, and a one-owner car as well. According to the seller, the car includes 38 years of comprehensive maintenance records, The car is also said to be completely original and in excellent condition.

If the car looks half as good in person as it does in its pictures, it truly would be a amazing car for show or driving. I would do both and happily take up the role as caretaker for this virtual time capsule of a classic BMW.

With only 104,000 miles on the clock and an asking price of just $10,500, it is possibly the best deal I have yet found on ClassicCars.com. If this Pick of the Day quickly becomes unavailable, there is a good chance that you could find it in my garage.