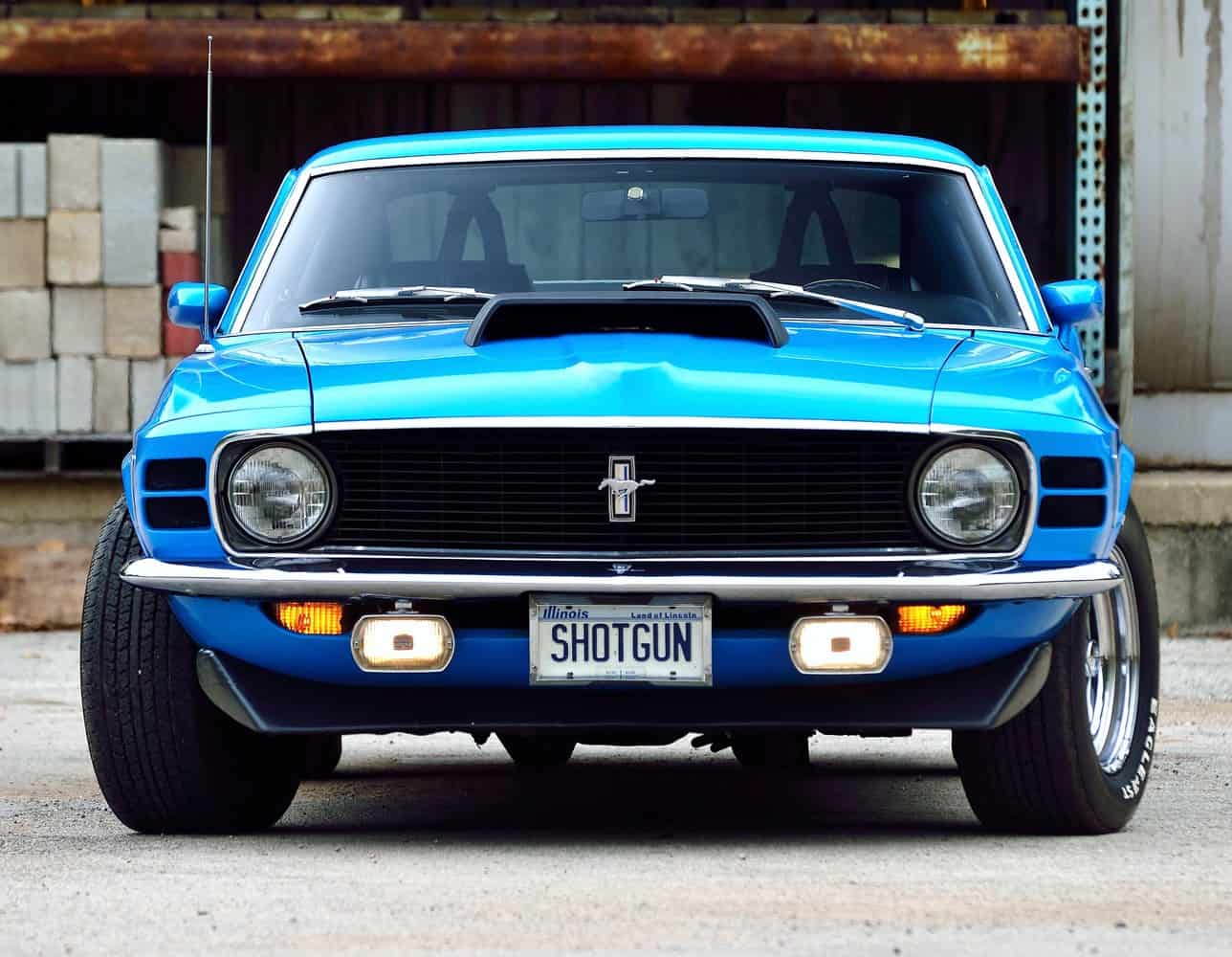 Featured among the broad selection of classics, sports cars, hot rods and muscle cars will be a unique piece of muscle-car history, the fiberglass-bodied 1966 AMC AMX prototype that was developed into the production AMX.

Believed to be one of two AMX prototypes used for testing at the AMC proving grounds, the car was originally purchased by Domenick Jiardine Jr., a line worker at AMC’s plant in Kenosha, Wisconsin, who heard that the prototypes would be scrapped and boldly asked AMC president William Luneburg if he could have one instead. Jiardine was permitted to buy the non-street-legal red prototype for $50, and the car was kept under wraps in his garage, according to the Mecum description.

The AMX prototype is equipped with a 343 cid V8 with four-speed manual transmission, but it is lacking a title and serial number. No word whether the prototype has ever been driven on the street.

Another special piece of American muscle is a 1970 Ford Mustang Boss 429 fastback, a low-mileage survivor in its original Grabber Blue paint, with a 429 cid/375-horspower engine, four-speed manual transmission and competition suspension. Believed to be a three-owner car, the Boss has just 32,837 miles showing on its odometer.

A 1969 Mustang Boss 429 fastback, an Arizona car with four-speed stick shift, Candy Apple Red paint and a Deluxe Marti Report, also will cross the block at the Chicago sale.

Shelby fans will be impressed by the 1966 427 Cobra S/C coming to auction, being offered for the first time in 30 years by an owner who vintage raced it regularly, setting a track record at Mid-Ohio in 1992. The Cobra was extensively rebuilt and repainted in August.

From the Scott Shaffer collection come four performance Pontiacs, including an original, unrestored 1969 Ram Air III Firebird Trans Am that is one of 697 built and one of just 14 with Parchment Paper interior. Also from the collection, a frame-off “concours-restored” 1970 GTO Judge Ram Air IV with a matching-numbers 400 cid/370-horsepower engine and a rare factory black-on-black color combination.

For more information about the Mecum Chicago sale, visit the auction website.