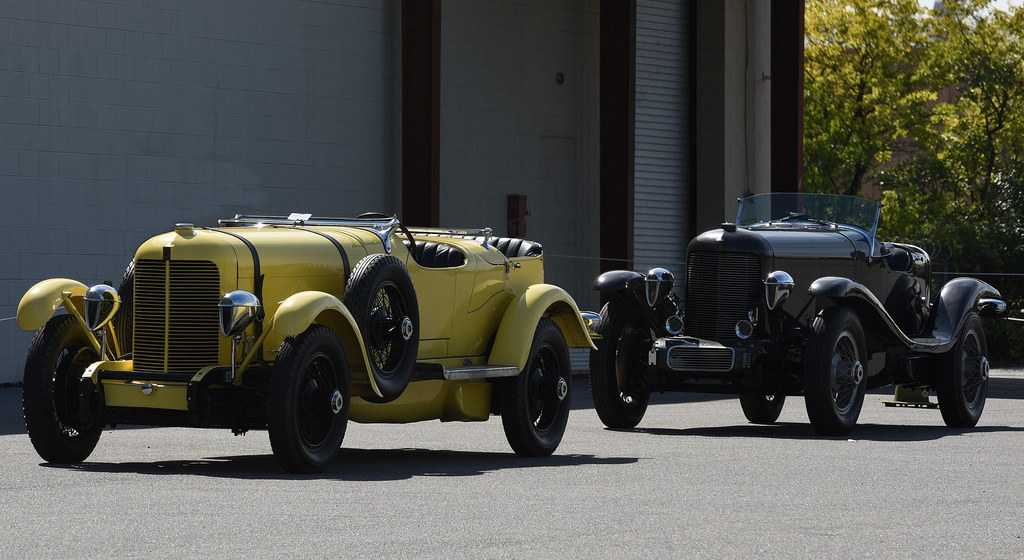 On September 26, the Blackhawk Museum in Danville, California, will offer free admission as part of the Smithsonian Magazine’s 11th annual Museum Day Live.

Also celebrating the Smithsonian museum day is America On Wheels in Allentown, Pennsylvania. Shortly after, on October 1, seniors 62 and older get into the museum for free. October 25 the museum will host a Trunk or Treat event.

This Saturday and Sunday, September 26 and 27, from 9:00 a.m. to 3:00 p.m. is the Foreign Auto Festival at the Owls Head Transportation Museum in Owls Head, Maine. The marque for the show is Mercedes-Benz and all pre-1995 Mercedes-Benz vehicles will receive free admission. A special display will include a 1960 Mercedes 300SL roadster owned by Ray Ayer. The museum will do a demonstration with a 1886 Benz replica and a 1904/05 Mercedes Simplex.

This weekend, September 26, the California Automobile Museum in Sacramento, California is set to stage a Model T driving school and on October 24, from 8 a.m. to noon, will be the museum’s inaugural Tuner Car Show with help from 1992 Performance and local car clubs NorCalSTIclub and NorCal S2k.

Running until September 27, visitors will be able to view a Duesenberg collection for free at the Volo Auto Museum in Volo Illinois.

Racing in a classic at the Simeone Auto Museum

October 9-11 is the 11th annual Barber Vintage Festival at the Barber Vintage Museum in Birmingham, Alabama, which will feature the Britten family and Britten motorcycles.

The AACA Museum, located in Hershey, Pennsylvania, continues its fall speaker series on October 10 with Richard Burns Carlson on “The Olympian Cars;” October 17 is Steve Moal on “Designing and Building a Street Rod for a client;” November 17 is Matt Stone on “Heroes, Legends, and Friends;” December 5 is Bill Warner on “The Cars of Cuba, a Dream or a Nightmare;” and lastly, on December 12,, Danny Sullivan on “‘Spin and win’ the 1985 Indy 500” marking the 30th anniversary of his win an Indy.

Also on October 10 at the museum is the Pre-War Classics “Picnic on the Plaza.” The show is open to all pre-1941 cars, and the museum is encouraging participants to dress in period attire.

The National Corvette Museum, in Bowling Green, Kentucky, has teamed with the Kentucky State Police for a scenic road tour with stops at Abraham Lincoln’s Birthplace, the Rosemary Clooney House, Newport Aquarium, Carter Caves and more. Meals and accommodations are included in the registration fee of $950 for members, $990 for non-members. Tours will be October 12-17, 19-24, and 26-31.

The World of Speed Museum in Wilsonville, Oregon, features movies on the big screen in the main indoor gallery. Movies start at 7 p.m. and prices are $2.50 for members and $8 for non-members. Movies are: October 16, Bullitt; October 30, Christine; November 20, Cars; and December 11, Talladega Nights.

Beginning October 17, the first in a series of lectures and workshops at the Heritage Motor Centre in England. The first is ‘Drawing from Automotive History’ which will be led by art teacher Richard Cook and will give participants basic drawing hints and tips for drawing automobiles. On October 24 is ‘Cars through the Lens’ will focus on photographing cars. November 29 will be a presentation on “The story of our gas turbine car.”