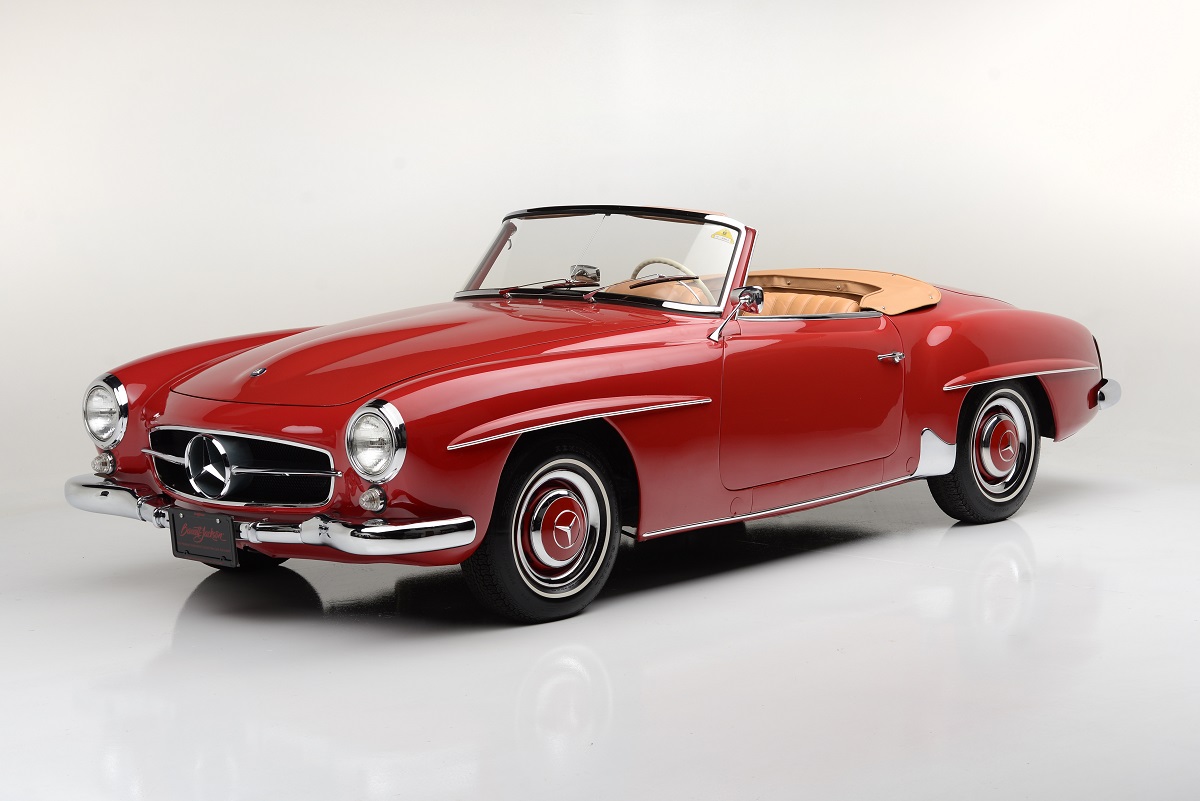 Editor’s note: This is the eighth in a 10-day series featuring cars to be sold September 24-26 during Barrett-Jackson’s Las Vegas auction.

The Mercedes-Benz 190SL is a two-door luxury roadster produced from 1955 to 1963. The 190SL provided an attractive and more-affordable alternative to the Mercedes-Benz 300SL of the time, sharing its basic styling, engineering, detailing and fully independent suspension.The car was available with either a soft top or a hard top with a thrid passenger seat optional. The car also had a sports-racing model option that came with a small windshield and one-piece leather bucket seats.

The car came with a 1.9-liter inline 4-cylinder engine, which this car features, with upgraded Weber carburetors and attached to a 4-speed manual transmission.

The car sports a red exterior with bamboo-colored leather interior.