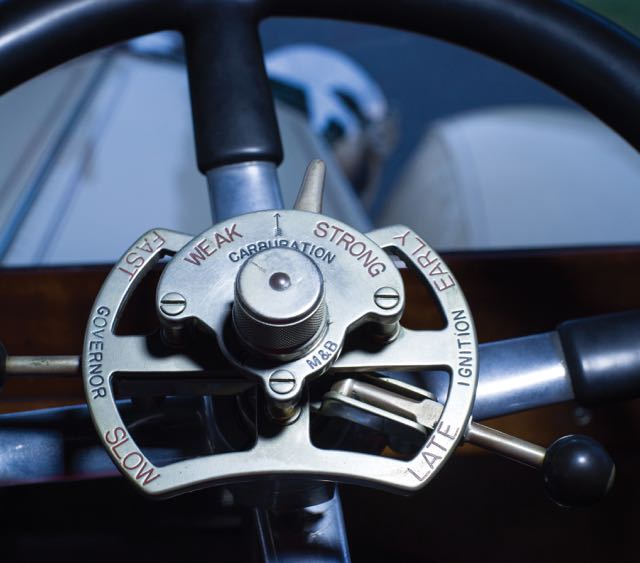 The recent addition of a 1913 Pierce-Arrow Model 66-A seven-passenger touring car and a 1914 Rolls-Royce 40/50 HP Silver Ghost Landaulette round out the 149-vehicle catalog to be offered at RM Sotheyb’s annual Hershey auction October 8-9. The auction is held in conjunction with the AACA Eastern Division Fall Meet at Hershey Lodge.

RM Sotheby’s reports that the Pierce-Arrow is one of only 14 surviving examples of what was the largest and “most potent” car of the day. Chassis No. 66667 was used as the Minneapolis Fire Department’s chief’s limousine in the early 1920s as that fire-fighting department moved from horse-drawn vehicles to a motorized fleet.

The car has been restored to its original form and has taken part in recent years in several long-distance touring events. RM Sotheby’s has set a $550,000 to $650,000 pre-auction estimate on the vehicle.

The Baker-bodied Silver Ghose was imported new to the United States and purchased by Helen Brice, of a wealthy East Coast family, until 1934 when her chauffeur convinced her it was time for a new vehicle. The chauffeur, Francis Cox, wrote Henry Ford and suggested that such a vehicle belonged in Ford’s new historical museum. The car was part of the The Henry Ford Museum’s collection until 1971. It was restored in 2004 and has a pre-auction estimated value of $500,000 to $700,000.

“Since its inception, our Hershey sale has been known as a great venue for offering Brass Era automobiles, and this year’s event provides tremendous choice for collectors drawn to early automotive design and engineering,” Gord Duff, RM Sotheby’s car specialist, said in an auction house news release.

Also in the catalog for the sale are:

“Throughout 2015, we’ve seen a resurgence of collectors chasing great classics, resulting in strong prices for the most revered American marques,” Duff added.

In addition to such vehicles, the auction will offer automobilia including 22 lots from the Richard Roy Estate Collection, including a trio of detailed, fully functional steam-powered Stanley models, original Peter Helck drawings, and three scale-model replicas of World War II aircraft.