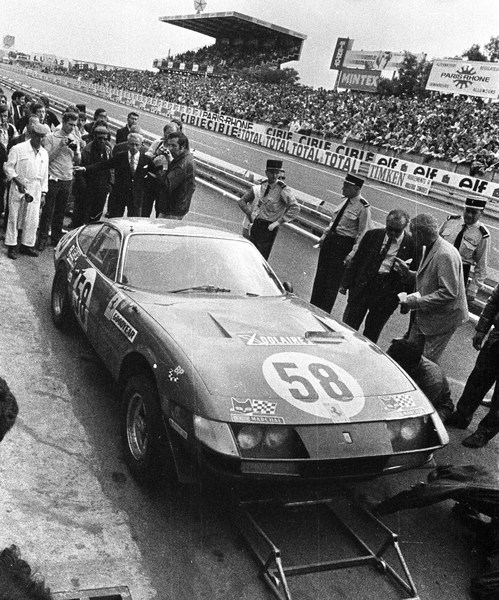 Keno Brothers Fine Automobile Auctions, recently established by Leslie and Leigh Keno, has determined the location for its inaugural classic cars auction scheduled for November 18-19, as well as announcing that a groundbreaking Ferrari N.A.R.T Daytona race car has been added to the docket.

The Kenos’ auction, dubbed Rolling Sculpture, will be held at Skylight Clarkson Sq in the fashionable Soho section of New York City and promises to offer a selection of 45 premium collector cars that will be presented with “a multi-sensory experience highlighting the beauty of each lot, while also bringing to life the history of each automobile,” Leigh Keno said in a news release.

The Keno brothers, identical twins best known for their appearances and appraisals on PBS TV’s Antiques Roadshow, are familiar among classic car collectors for their lifelong enthusiasm for great automobiles and are often spotted at high-end classic car auctions in the United States and Europe. They announced their own auto-auction venture in January, and confirmed the first-sale date in August.

The 1971 Ferrari N.A.R.T. Daytona 365 GTB/4 Daytona, chassis number 12467, is among the most historic of Ferrari’s North American Racing Team and will be one of the stars of the Keno auction. Modified for competition from a standard V12 road car, its first major race was the 1971 24 Hours of Le Mans, where it astounded the crowd by finishing fifth overall, behind only the purpose-built and much more-powerful WSC prototypes. The Daytona came in eight laps ahead of the GT cars against which it would be classified in the future.

The Ferrari, which heralded a number of factory-prepped Daytona Competiziones, has a pre-auction estimated value of $4.9 million to $5.9 million.

“The N.A.R.T. Daytona is an example of our vision to carefully curate and celebrate, when possible, automobiles with unique origins, or notable achievements in history,” Leigh Keno said in the press release. “We strive to offer at auction noteworthy cars which have contributed to the fine automotive tradition.

“Importantly, each lot will be thoroughly vetted and researched by top specialists in respective marques and will be elegantly presented and accompanied with videos so that their unique attributes can be fully appreciated by our clients and the public at large.”

Leslie Keno added, “Our inaugural sale will offer a unique selection of 45 of the most highly coveted vehicles from around the world. Whether a race car, purposefully built to go extremely fast or a touring car, designed with fanciful curves and sensual lines, each offering has a distinct story to tell.”

For more information about the Rolling Sculpture auction, visit the auction website.