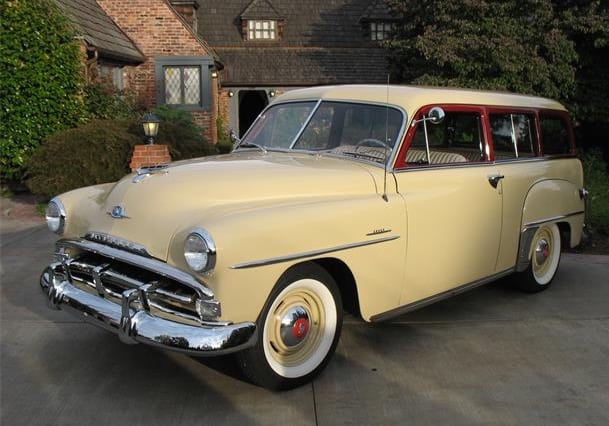 No, that’s not a misprint. Plymouth also produced a Suburban model for many years, starting in 1949 when it introduced the first all-steel-bodied station wagon to the American automotive marketplace, a two-door model with seating for six.
The second-row seat folded down to provide a 42-inch-long flat floor for cargo. (The Suburban also was reportedly the first American car with a simple turn-the-key ignition/starter combination.)

Our Pick of the Day is a 1951 Plymouth Savoy Suburban station wagon being offered for sale by a private owner in Seattle. 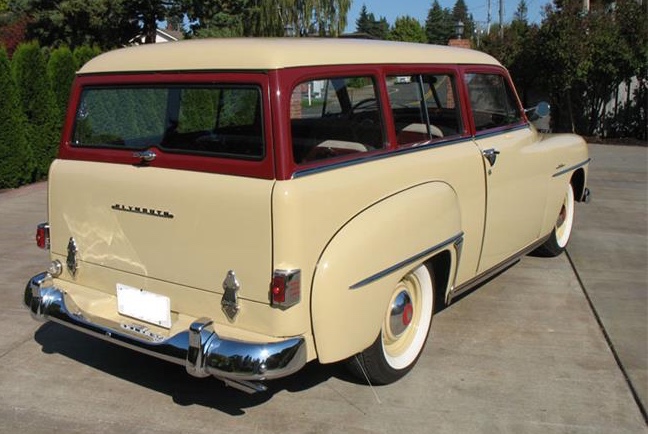 According to the advertisement on ClassicCars.com, the car has “no rust anywhere,” has traveled fewer than 73,000 miles since new and has been restored “to original factory specs,” including the optional three-speed overdrive transmission and steering column “bell” turn-signal unit, Savoy trim package which includes extra chrome and stainless trim.

The seller notes that the car has been driven less than 2,000 miles since its restoration a decade ago and has been stored in a climate-controlled garage since the seller acquired the vehicle in 2004.

The seller points out that the Suburban was featured in the Winter 2008 edition of Hagerty’s magazine, and has been entered in only one show, a local event where it won the “Post 1949 Stock” class.

Asking $24,500, the seller details the 14-month, “nose-off” restoration in the advertisement: complete rebuild of the powertrain (217-cid flathead six-cylinder), suspension and brakes.

“All removed belts, screws, fasteners, etc., were wire brushed (some painted). Hardly a detail was overlooked from the ground up to completion in 2005. 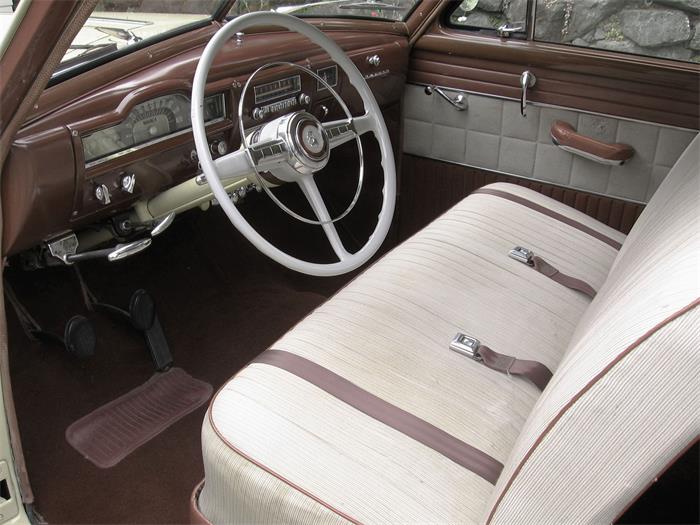 “The interior is original Savoy trim package and relatively untouched — beige corduroy (with maroon piping), maroon door and side panels and rattan headliner are original and all in excellent condition save for one very small stitch repair to front passenger-side bench seat which you hardly see,” the ad continues.

“The only things done to the interior during restore were repainting the rear wheel-well covers and the rear seat-back cover (Mecca Maroon) and painting the steering column to match the main body color (Palm Beige). The previous owner had maroon carpets professionally installed as well.”

The 6-volt electrical system “is correct” and “all components operate as they should including radio and cigarette lighter.”

Plymouth produced station wagons with the Suburban label until 1978, when General Motors was granted exclusive trademark to the name. The nomenclature was introduced in 1935 when Chevrolet offered its all-steel “carryall-suburban” model.

Generically, “Suburban” designated a station-wagon-style vehicle built on a heavy-duty rather than passenger-car frame but designed to carry passengers as well as commercial cargo, and therefore was equipped with windows. GMC, DeSoto, Dodge, Plymouth, Studebaker and Nash also used the Suburban model name at various times. 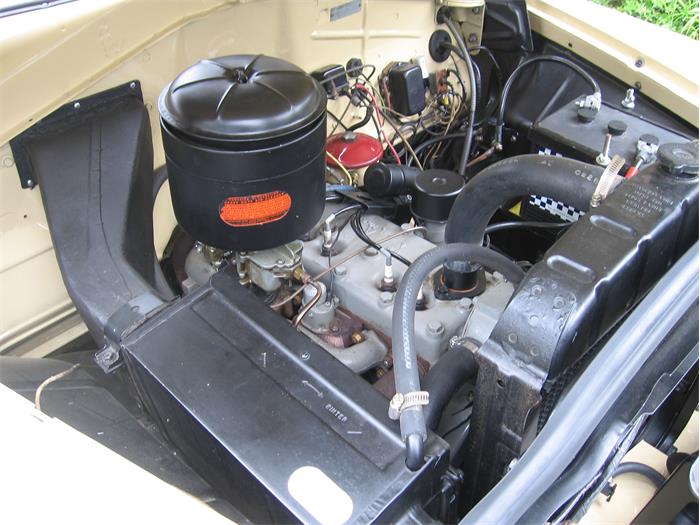 .
To view this listing on ClassicCars.com, see Pick of the Day.