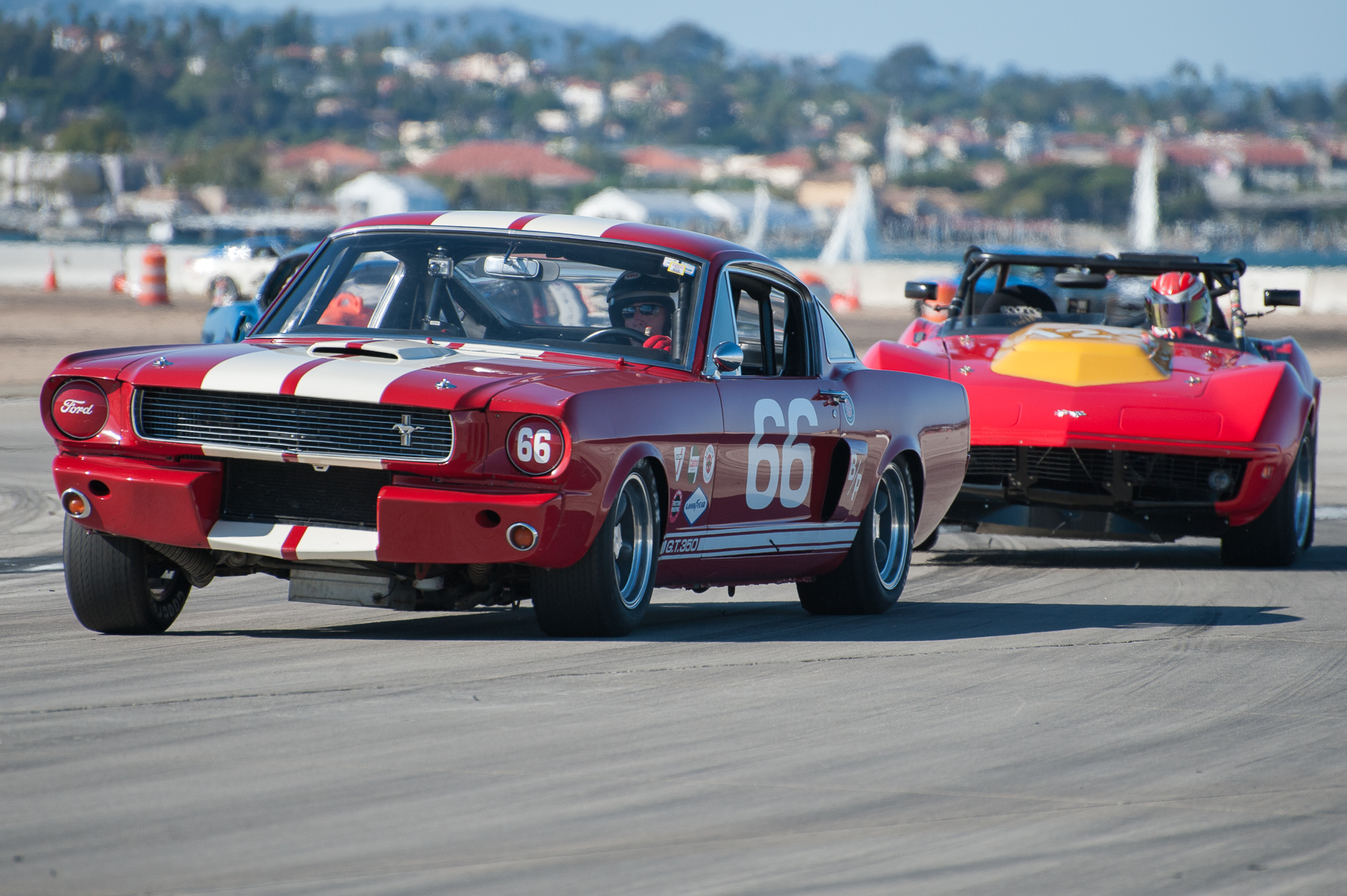 The Coronado Speed Festival is well known for being fast-paced, for showcasing vintage racing cars, and for varoiusexhibitions for car enthusiasts.  This is the only event of its kind that features racing on an active U.S. Navy base runway, which is turned into a 1.7-mile racetrack.

This year 250 historic racecars will be divided into nine groups based on the year and make of the car and the horsepower at speed.

Sailors sprint towards a racecar during the Military Pit Crew Challenge at the Annual Coronado Speed Festival.

Other features of the event include the Military Pit Crew Challenge with more than 20 teams of 10 active-duty sailors and marines will be timed as they recreate a historical stock car pit stop.

The featured marque this year is cars from the Trans-Am race series of the late 1960s and early ‘70s.

A ride and drive in BMW and Jaguar will be available to attendees along with various military displays make of helicopters, boats, and hovercraft. The Coronado Speed Festival is also the official launch site of the latest Fast and Furious DVD with cars from the movie on display.

Honorary Grand Marshals for the event include Joe Mantegna from the television series Criminal Minds. Several World War II veterans also will be honored on the 70th anniversary of the end of the war.