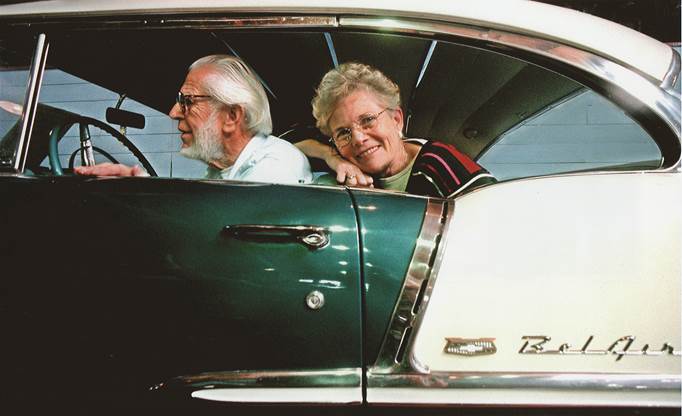 LeMay’s goal was to preserve and interpret the history and technology of the automobile and its influence on American culture. According to the museum, “Harold bought cars for their historical, cultural, and aesthetic value rather than as an investment.”

“Harold once said, ‘I don’t go for just the dollar value car. If it is unusual, I like it. So I am kind of a maverick, since I am not a dyed-in-the-wool Chevy, Ford, or Duesenberg man. I see it, I like it, I buy it’.”

The inspiration for Lucky’s Garage is Harold and Nancy LeMay’s longtime home in Spanaway.

The LeMay collection housed over 3,000 vehicles at its height, with Harold buying a new car each day for a period of time. The collection earned a place in the 1997 Guinness Book of World Records for being the largest privately owned collection of automobiles, other vehicles and related memorabilia in the world.

When LeMay was young, he adopted the nickname “Lucky,” fitting because one of his favorite sayings was, “It takes a lot of hard work to be lucky.”

In addition to the new permanent exhibit, the 38th annual Lucky Collector Car auction is scheduled for August 29-30 at the museum. The auction includes 200 vehicles at no reserve and three barn-finds: a 1959 Mercedes-Benz 190SL roadster, 1953 Jaguar XK120 Coupe, and a 1963 Jaguar XKE Coupe. Other significant vehicles offered for sale include a 1948 Ford Sportsman, 1963 Ford Thunderbird, 1955 Desoto Fireflite, and 1967 VW Fastback.