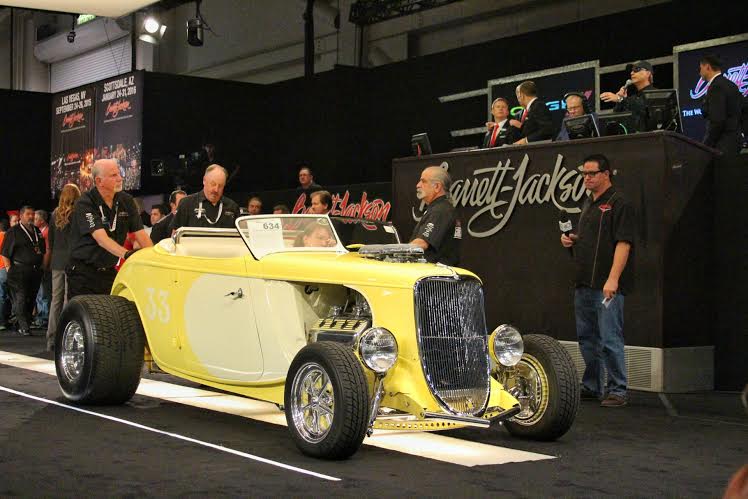 With all 232 vehicles and more than 400 pieces of automobilia going to new owners, Barrett-Jackson posted a 100 percent sell-through rate and $9.5 million in sales at its third-annual Reno Tahoe auction last weekend.

“In traditional Barrett-Jackson style we crushed records on ever level during our Hot August Nights action,” Craig Jackson, chairman and chief executive of Barrett-Jackson is quoted in a post-sale news release.

“Not only did we have a 100 percent sell through rate with more than $9.5 million in sales, but our attendance was up, shattering our single-day record in our three-year history in Reno.”

The one-day attendance record set this year was 40,000 people who attended the event on Friday, August 7. The auction also drew the most bidders in the event’s three-year history.

Those with long memories will remember that the 2014 Reno auction did $11 million in sales, but that auction sent 342 cars across the block.

Barrett-Jackson reported raising more than $400,000 for charities through the sale of five vehicles and that that automobilia sales increaed 36 percent this year compared to last.

The company also awarded the Barrett-Jackson Cup to a 1962 Chevrolet “bubbletop.”

Barrett-Jackson’s next sale is September 24-26 at the Mandalay Bay Event Center in Las Vegas.