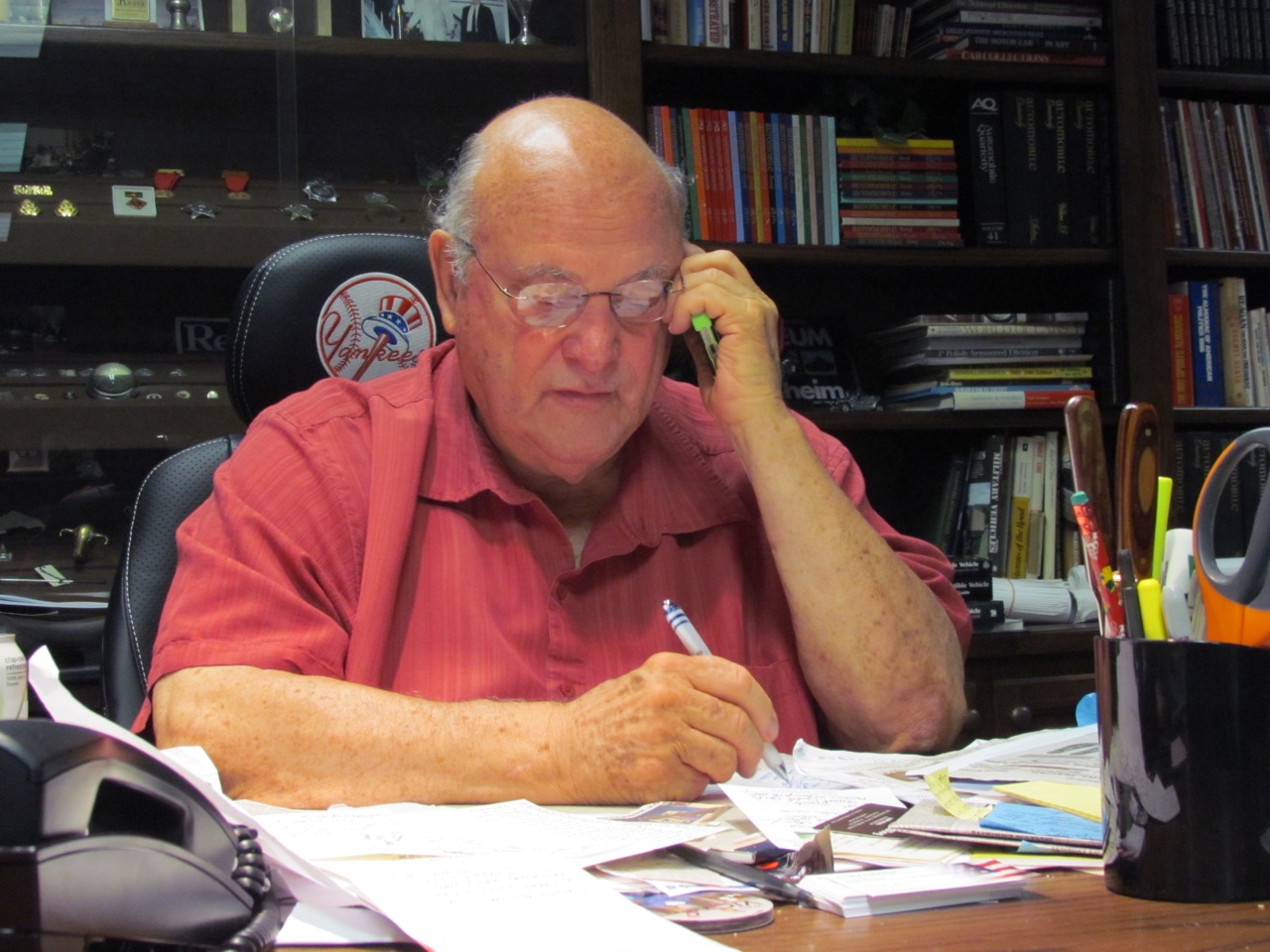 Dean Kruse is on the outside looking in, which provides the long-time king of classic car auctions with a very different perspective as he observes what’s happening in the classic and collector car marketplace.

For nearly four decades, from 1971 and into the Great Recession at the end of the first decade of this century, Kruse Auctions not only staged the most classic car auctions in the most venues — and on multiple continents — but helped spawn the growth of the entire classic car industry.

And then it all fell apart, with Dean Kruse millions of dollars in debt and even stripped of his auctioneer license.

Since then, he’s paid his debts down to less than $2 million and pared the list of creditors he owes from 3,000 to fewer than two dozen, he said in a recent interview in his office at his National Military History Center and Kruse Automotive Horsepower & Carriage museums he established in Auburn, Indiana, where Kruse, soon to turn 74, has lived all his life.

Remarkably, Kruse said, his best year was 2009, at least in total vehicle sales. But, he said, the economy imploded; “The economy of the United States went totally upside down. It was a disaster. It was like somebody turned the lights off.”

“In Houston we used to sell 70 percent. We went down and sold 16 percent. We had auctions advertised and promoted and should have shut them down,” Kruse said, adding that other classic car auction companies found an infusion of cash from investors but that he made the mistake of believing he could keep going alone.

“I was a little cocky,” Kruse admitted. “I was the biggest in the business and thought I could make it through.”

But he couldn’t, he said, especially not after his biggest annual sale, the hometown Auburn Labor Day weekend auction, ended with people bidding on cars and taking them but then not coming through with the $2 million they owed, Kruse explained.

“I tried to get the cars back. The media got news of it. It snowballed on me. I thought it would still be all right, But it got so big so fast I had to stop,” said Kruse, who not only had to sell his Auburn Auction Grounds but faced ongoing legal issues because of his debts.

While the lights have come back on in the industry, Kruse would suggest they’re not burning as brightly as you might thin. He sees some dark days ahead for the classic car sales industry.

“If you have a billion dollars in the bank, you can’t get any money for it. You’re lucky if you get 1 percent (interest). But you buy one of those cars for $8 million and it goes to $12 million and you made a great percentage of return.

“What people are doing is taking their money out of the banks and putting it into tangibles — real estate, artwork, antiques, classic cars,” Kruse said.

“What’s going to happen, and it’s not going to happen quickly, is that the U.S. government is so far in debt (and) we can’t pay it and if we print more money we have deflation and that would have worldwide impact.”

Kruse expects nothing to change very soon, not until “we have a new administration,” that has been in office for maybe a year or two.

“Somebody’s going to have to bite that bullet,” Kruse suggested, adding that one of the things that will happen is that interest rates will increase.

“If you could get 4 percent (interest on your money) with no risk, with no insurance costs, with no storage costs, with no transportation costs, people will quit buying cars and the prices will start shrinking,” Kruse suggested.

He noted that some who spent $12 million on a car might have to sell it for $8 million, a significant loss.

“But if you got 4 percent (at the bank) you’d get that money back in three to four years with compound interest,” he said. “Those getting up in age will do that.”

For the classic car industry, Kruse said, the impact could be as significant as the price bubble that burst in the early 1990s or as the collapse that accompanied the recent recession.

“It could be as dramatic,”  said a man who was there to experience — and endure — both.