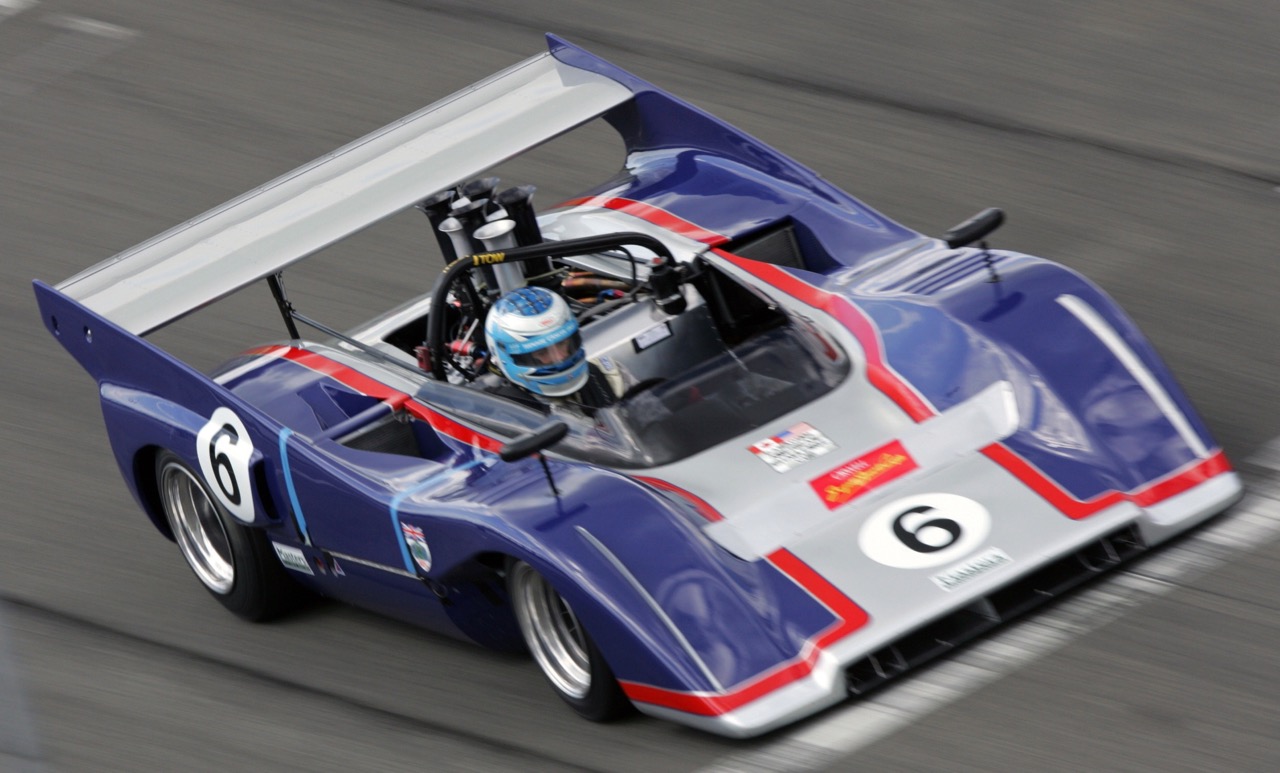 Buoyed by their first six-digit attendance figures, organizers of the 25th anniversary Silverstone Classic vintage racing weekend in England already are planning for 2016, when they will celebrate the 50th anniversary of the Can-Am Challenge Series.

“The grids are full and we’ve got other grids that are clamoring to come,” event director Nick Wigley said in a news release. “We’ll definitely have a major Can-Am race next year to mark 50 years since the series started in 1966. We want to encourage owners around the world to start preparing their cars for what’s going to be a fabulous, crowd-pleasing and ground-shaking field of 50-plus entries.

“I know John Grant, the BRDC (British Racing Drivers Club) chairman, has delayed the sale of his McLaren M8 C/D just to be part of this great celebration.”

Though based in North America, the Can-Am series drew cars and drivers from Europe to race cars with as much as 1,000 horsepower and among the first to sprout wings, ground-effect aerodynamics and to use aerospace materials in vehicle construction.

Wigley also said he hopes to attract more and more-recent Formula One cars to the Silverstone track to join the Legends of Modern Formula One grid that made its debut in 2015.

“We’ve had interest from a couple of current teams and I’m hoping we can get heritage cars from several of them to add to the spectacle,” he said. “That will bring in a younger audience.”

Not that a lack of audience was an issue last weekend, when the Silverstone vintage races attracted their first overall attendance of more than 100,000 saw events such as British Touring Car Championship racers Matt Neal and Gordon Shedden teaming to win the Under 2-Liter touring car race in their Lotus Cortina and to see Tim Harvey win both Maserati Trophy races for Pre-1966 Grand Prix Cars in the ex-Bruce McLaren Cooper T51; it was Harvey’s first single-seater success in more than 25 years.

Martin O’Connell was honored as driver of the weekend for his victories in the Guards Trophy, Masters Historic Sports Car and International Trophy for Classic GT events.