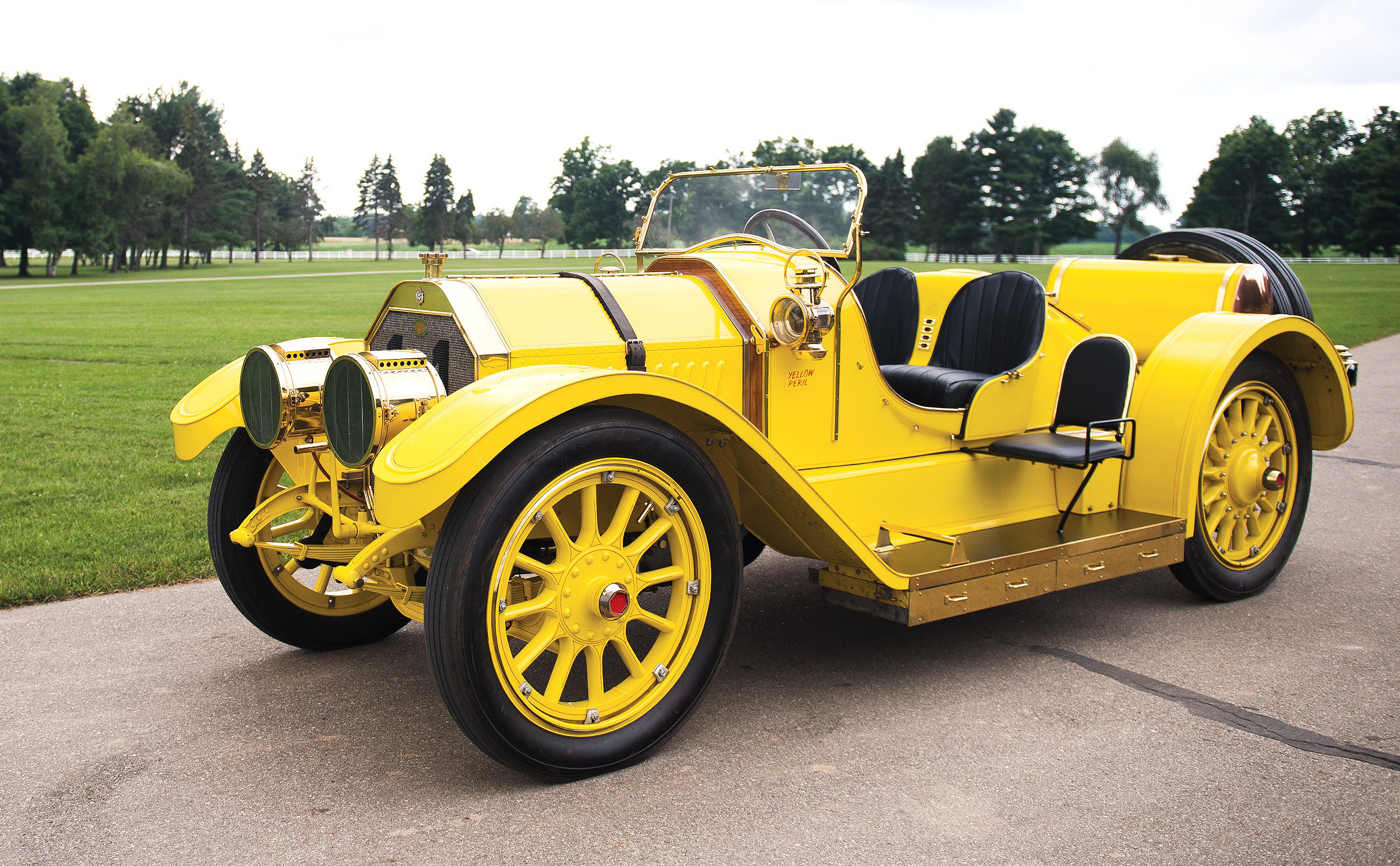 A muscular, one-of-a-kind gentleman’s racing machine from the early days of automotive competition has been consigned to RM Sotheby’s for its Hershey auction in October.

The 1911 Oldsmobile Autocrat, known as the Yellow Peril, will be among more than 100 cars and pieces of automobilia up for sale at the ninth annual auction held October 8-9 during the Antique Automobile Club of America’s Eastern Division Fall Meet in the central Pennsylvania town best-known for its chocolate.

According to an RM Sotheby’s news release, Yellow Peril has a rich history as an imposing and innovative track competitor as well as a sporting road car for its wealthy original owner.

The competitive owner replaced the original body with aluminum coachwork

“A massive and powerful Brass Era racing machine, and certainly a status symbol of the time, ‘Yellow Peril’ was actively campaigned by its original owner, the wealthy and eccentric John Henry Greenway Albert of Baltimore,” RM Sotheby’s says in the release. “With racing in mind, Albert replaced the Autocrat’s tourabout body with aluminum coachwork of his own design, and installed a rudimentary fuel-injection system that he developed with the family chauffeur and mechanic. He removed the car’s fenders and headlights for competition, later replacing them as he reinstated the Oldsmobile for sporting road use.

“Largely undefeated, ‘Yellow Peril’ successfully raced on many dirt and board tracks in period.”

Albert retained ownership of the Olds for more than a half century until his death in 1968, when he crashed a different car into a ravine near Tombstone, Arizona.

The history of the unique Oldsmobile, which has been a regular participant in HCCA and VMCCA tours, was thoroughly researched, the auction house says, and the car remains “one of the few Brass Era racing cars to retain original period-built bodywork and original mechanical components.”

“Yellow Peril is an extraordinary machine, made all the more remarkable by the recent confirmation of its early history and original condition by our in-house research team,” said Gord Duff, car specialist for RM Sotheby’s.

For more information about the 1911 Oldsmobile and the Hershey sale, see the auction website.