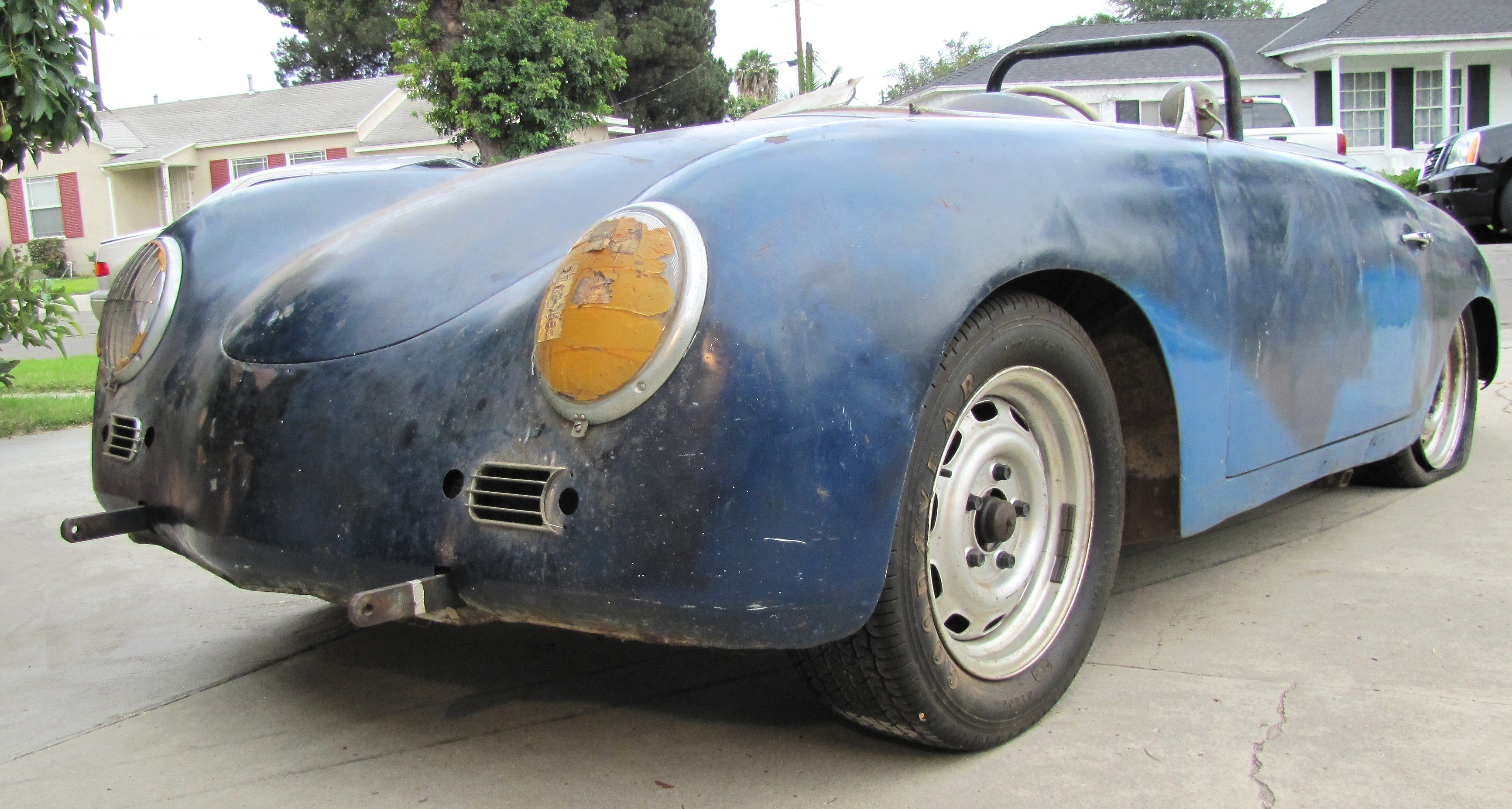 Something remarkable is starting today on ClassicCars.com. A very special piece of California sports car history with a fascinating back story comes up for sale today, a car that is special enough to launch a new sales strategy for ClassicCars.com.

The car is an incredible “barn-find” 1957 Porsche 356A Speedster that has been kept in dry storage in southern California for 50 years. The well-preserved Speedster, which recently emerged from a small garage in suburban Los Angeles with the help of a team from ClassicCars.com, pushes all the buttons for rarity, desirability and condition.

Intact and with no signs of rust damage, a major consideration with 356 Porsches, the Speedster is a significant find and a rare opportunity for any Porsche collector, restorer or vintage racer.

Chassis number 82947 has just 50,300 miles on its dusty odometer, which the owner says is accurate for the car that was put away in 1965. He bought the Porsche in 1960 from its second owner, drove it for several years and, most significantly, competed with it in amateur sports-car racing events in which he made a name for himself and the car as fierce competitors.

The Speedster remains in its racing fettle, bumpers and windshield removed and with magnesium-rimmed Porsche wheels shod with its ancient racing tires. It also has a removable roll bar. The car was modified by the current owner for racing with four-wheel disc brakes made by Porsche, a later Porsche 356C engine that was rebuilt with competition parts for power and durability, and other performance upgrades.

Most of the original parts that came with the Speedster were carefully stored by the owner and are included in the sale, such as the front and rear bumpers, front-hood handle, drum brakes, the correct steel wheels, hubcaps, side trim, top frame, left-side headlight bezel and the AM radio in its original box, as well as boxes of spare performance and repair parts, and accessories. Unfortunately, the original 1957 engine case has been lost. The Porsche also has been fitted with 1958 “teardrop” taillights instead of the original “beehive” lenses.

Always immensely popular among sports-car enthusiasts, the simple and lightweight Porsche Speedsters were produced for just a few years during the 1950s, originally designed as entry-level cars for Porsche. But their unique “bathtub” styling and race-track prowess were immediate attention grabbers, and they have been sought-after cars throughout their history. These days, they are highly valued as collector cars and vintage racing mounts.

The special listing will run until the Porsche is sold.

Read our earlier complete story about the unearthing of the Speedster and its colorful history by clicking here.