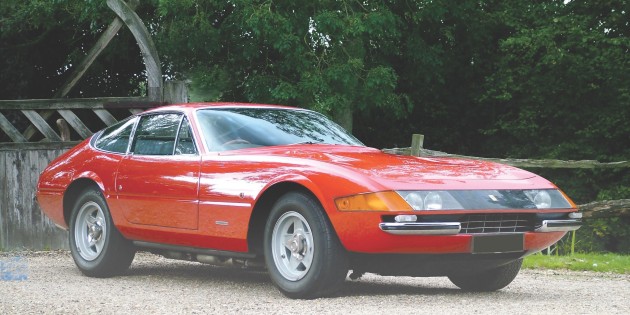 “It was an exciting day for Coys with high profile cars being sold at record prices,” Chris Routledge, Coys managing partner, said in a news release after the sale. “We saw some fierce bidding for many of the cars, specially the Daytona, from all over the world.”

Another highlight of the sale was Captain Nemo’s six-wheeled Nautilus car driven by Sean Connery in the movie, The League of Extraordinary Gentlemen. The car sold for nearly $50,000.

At the concours, a 1972 Porsche 914/6 was awarded the Spirit of Motoring trophy and a 1957 Bentley S1 Continental convertible won the Churchill Trophy as the best car of the day.

Coys next auction is scheduled for the 43rd Oldtimer Grand Prix, August 8 at Nurburgring, Germany.