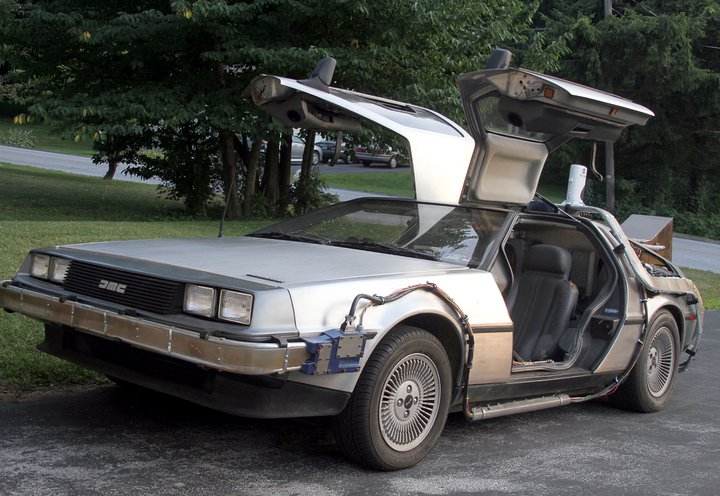 The Historic Vehicle Association is going on a cross-country tour, following the same route as Edsal Ford when he and friends traveled from Detroit to San Francisco in 1915. The HVA version is a 34-day, 2,400-mile road trip celebrating the 100th anniversary of the Panama-Pacific International Exhibition and long-distance automobile travel in the Americas.

The first stop on the trip will be the Auburn Cord Duesenberg Automobile Museum and the National Auto and Truck Museum this weekend in Auburn, Indiana. To celebrate, the ACD Museum will host a cars and coffee event Saturday, July 18, from 9:00 a.m. until noon.

This weekend, July 18 and 19, is the Owls Head Transportation Museum’s truck, tractor and commercial vehicle meet. Owners of pre-1995 vehicles are welcome. Vintage commercial vehicles and trucks from marques including Ford, Chevrolet, Dodge, Mack, International, Kenworth, Peterbilt, Autocar, Diamond T and more will be represented at the truck meet. As far as tractors go, enthusiast can see classic brands such as John Deere, Farmall, Oliver and Case. The museum will also offer the Hagerty Youth Judging program in addition to demonstrations, and other family activities.

September 12, will be the museum’s second annual “Brainstormers Ball.” The Roaring ‘20s themed event is a fundraising gala with fine food and festivities set among the museum’s collection.

On Saturday, July 18, from 11:00 a.m. to 2:00 p.m., the museum hosts a “cruise-in for Caden.” Caden is a young automotive enthusiast who has been battling brain cancer since the age of 5. The museum-hoseted car show is being held at Outlaw Cigar with all proceeds going to Caden and his family.

Saturday, August 1, in Sacramento, California, the California Automobile Museum will host a Car Cruise and show featuring the Gig Garcia Band, a beer garden, food trucks, and vendor shopping. The cruise will begin at 4:00 p,m at Sacramento State and will cruise Fair Oaks Boulevard, ending in a car show at 5:00 p.m. on Fulton Avenue between El Camino and Marconi. The event is free for spectators to watch the cars cruise along the route and enjoy the show.

The AACA Museum in Hershey, Pennsylvania, hosts the third annual Oldsmobile, Buick, and Pontiac Classic and Antique Automobile show Sunday, August 2. Registration for the show begins at 10:00 a.m. the day of while awards will be presented at 3:30 p.m. Registration is $18 and includes one admission to the museum. The first 50 cars to arrive will receive dash plaques and goodie bags. Additionally, food and drinks will be available and its free to spectate.

Save the dates — October 29 to November 6, — as the AACA Museum has a trip to Cuba planned. According to the museum, the spring trip was a sold out success that produced a waiting list.

Current exhibits at the museum include Back to the Future, which includes a tribute car on display, will run until August 30; Automotive Jewelry, set to run until September 19; A Family Affair: Station Wagons and Motorbikes for the masses will run to October 11.

The National Corvette Museum celebrates its 21st anniversary in Bowling Green, Kentucky, the weekend of September 3-5. The anniversary event will include the re-opening of the Skydome and the unveiling of the restored 1992 “Millionth Corvette.”

Other highlights include a presentation by Dr. Jason Polk on “what’s under the done,” tours and hot laps at the motorsports park, seminars covering how to work on and maintain your Corvette, road tours to Dale Hollow State Park, and more.