Mecum realizes $12 million in sales at its inaugural Denver auction 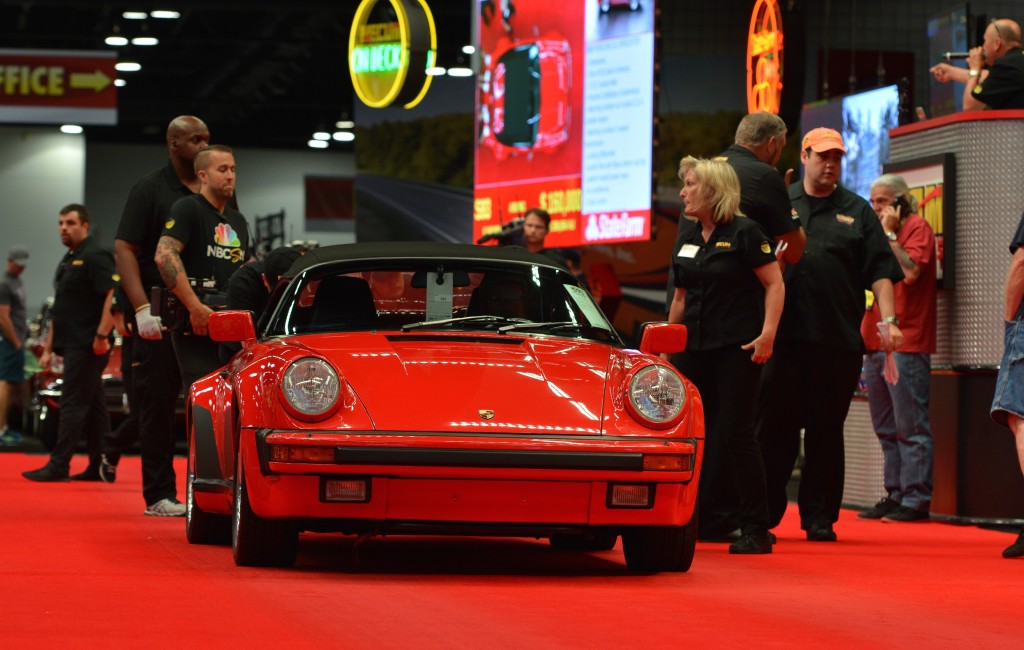 “We were excited to bring the Mecum Auction action to the Denver area, and the reception from nearly 14,000 enthusiasts in the Rocky Mountain Region and beyond was overwhelmingly positive,” company founder and president Dana Mecum said in a post-sale news release.

“This auction was an excellent inaugural event with strong sales and consignments coming from 27 states. We look forward to finalizing details on our return to the Denver area in 2016.”

In recent years, Mecum, with its sales televised by NBC Sports Group, has ventured successfully such new classic and collector car venues as Seattle; Austin, Texas; Harrisburg, Pennsylvania; and now Denver, where total sales were $12,003,418.

In Denver, the high-dollar sale was $285,000 paid for a 2012 Lamborghini Aventador showing only 8,459 miles on its odometer. Next came a 1962 Airstream trailer, a 40-foot Western Pacific believed to be one of only five of its kind in public possession, and this one restored by Timeless Travel Trailers and selling for $200,000.

The top 10 sales at the Mecum Denver auction were:

(Prices are hammer prices and do not include buyer’s fees.)

Mecum’s next sale is its second annual auction at Harrisburg, where 1,000 cars and trucks, 200 motorcycles, 200 tractors and some 150 signs and other road art are expected to be offered up for bidding.

From Harrisburg, Mecum heads to California for its 600-vehicle, “daytime” auction August 13-15 during Monterey Car Week, which leads up to the Pebble Beach Concours d’Elegance.