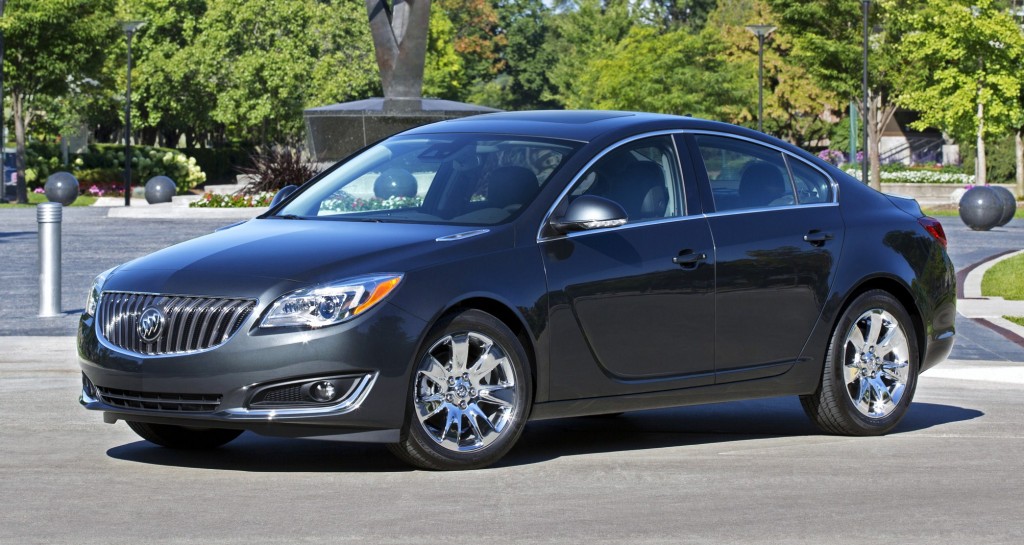 While the Buick Regal might seem all-American, it’s actually a German car, an Opel Insignia to be exact. That’s a good thing since Regal gains the refinement and surefootedness of the European brand and translates it for U.S. drivers.

Too bad an unexpected problem marred my test drive. But more on that later.

I found the front-wheel-drive Regal to be responsive and roomy, with a well-designed near-luxury interior that was loaded with usable features, including a built-in WiFi hotspot. And the optional mild-hybrid eassist system, which basically provides an electric-motor boost to the 2.4-liter four-cylinder engine during acceleration, brought fuel mileage up without sacrificing performance.

The other engine choice is a 2-liter turbocharged four that delivers 259 horsepower, which would be more entertaining but would significantly lower mileage, according to EPA estimates.

The Regal’s styling was last revised for the 2011 model year, but the sedan still seems pretty sharp with a hunkered down look that is sporty and appealing. However, those bogus “ventiports” that have migrated from the fender to the hood have got to go. They just look cheesy, even if they are Buick’s signature styling feature. Maserati does it a lot better.

Yes, I liked the Regal and was ready to give it a glowing review. That is, until something bad happened. We had a flat tire. Not usually a big deal, even if most cars these days have those cheap space-saver spares instead of full-size spare tires.

But when I popped the trunk and lifted the floor panel, I found that the Regal did not have any kind of spare or even a jack. What it had was an air pump that plugs into the lighter port. The pump system includes an attached canister of flat-fix goo designed to seal small punctures.

So instead of a quick tire change, we had to figure out how to use this thing. The pictographic instructions on the pump were notably obtuse, so we dug out the owner’s manual and read about how to use it.

First, you apply the hose to squirt in the goo, which is under pressure. Then, you take the other hose, attach it and turn on the pump. Then you wait. It takes awhile, but eventually it fills the tire, which you can monitor with the pump’s built-in pressure gauge.

We could see the small gash in the tire, and we watched as the goo sputtered out the hole as it kept leaking air. Fortunately, we were close to home and able to make it back before the tire went totally flat again. If we were any distance away, we would have had to call for a tow.

What sense does this make? Obviously, the sealing goo only works for something like a nail-size puncture, so if you have any kind of larger hole (as we did), a tear or a general tire failure, you are just out of luck. You walk.

How about being in the middle of nowhere in, say, Arizona on a very hot summer day and not able to change your tire and be on your way? Ridiculous.

I checked the window sticker to see if there was any mention of the spare-tire absence, and there was. It said: “Wheel, spare, not desired.” Not desired? Does the owner desire instead to be stuck on the side of the road?

From what I understand, the flat-fixer goo and air pump could be the wave of the future, something that we are going to see more often in new cars. It’s a bad idea. It certainly wrecked my experience with the Regal, which was otherwise a really nice car.