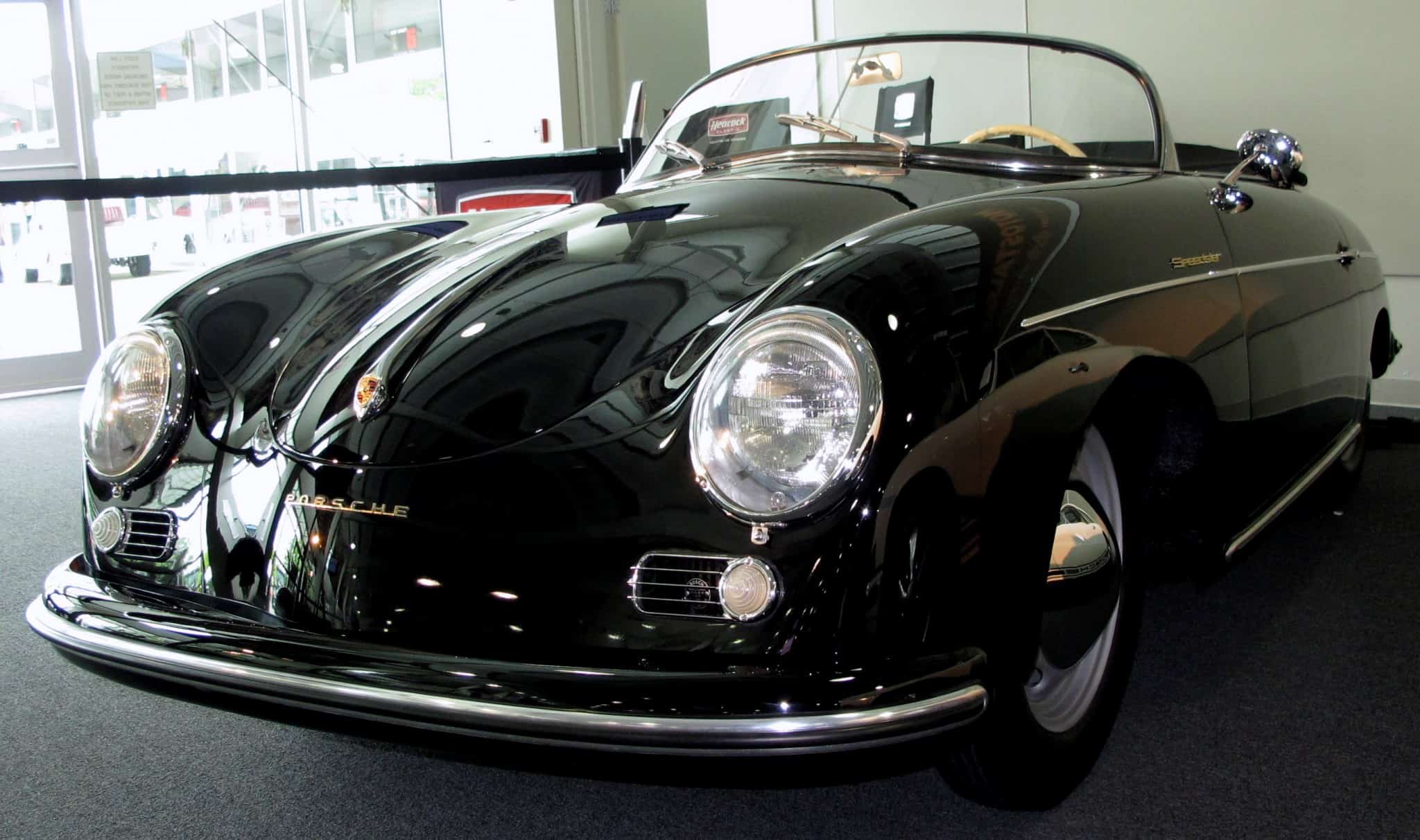 The mania for patinated “barn find” cars eligible for entry in a concours “preservation class” continued at Motostalgia’s Brickyard Auction, where one small collection of five cars and a camper trailer provided most of the interest. Three Classic-era Cadillacs, a 1908 REO and a 1923 electric car sold, together with a 1937 Kozy Coach trailer, for a cumulative $723,250, including the 10 percent premium to the auction house.

Owners Jack and Sally (they’ve asked that their last name not be publicized) were present at the auction, conducted in conjunction with the Sportscar Vintage Racing Association’s second Brickyard Invitational, held last weekend at the Indianapolis Motor Speedway.

More than 100 other cars, many of them seemingly consigned in expectation that a gathering of vintage road racers might best appreciate a provenance of sporting or competition, played second fiddle to this preserved collection of decidedly non-racy machinery.

Drawing many admiring looks was a 1968 Lotus Indy Turbine race car that the auction catalog declared to be the one that Graham Hill had qualified on the front row for that year’s Indy 500. Subsequently owned by Richard Petty, it garnered the event’s high bid of $2.0 million (the high end of the pre-sale estimate) only to be pushed away unsold when there were no bidders willing to go to $2.1.

Perhaps more of the racers would have bid on the array of Porsches, Alfa Romeos and Jaguars had they not been busy on the track, where that day’s racing action had been delayed by a heavy rainstorm. The early stages of the auction were conducted while racing engines still roared at full song on the Speedway’s front straight.

Many of the 61 cars that hammered sold went for prices at the low end or even just below their pre-sale estimated values, and another 45 went unsold when bidding stalled well below their owner’s reserve prices. Cars offered at no-reserve often left the stage marked “sold” at surprisingly low prices — a race-prepped 1966 Mini Cooper that had been raced since new, for instance, fetched only $18,000 (against a catalog estimate of $25,000 to $35,000) and a 1996 NASCAR Ford Taurus that was driven to race victories by Rusty Wallace and prepped by Team Penske gaveled at only $36,000. One no-reserve sale that exceeded the auctioneer’s expectations was that of a 1976 Datsun 280Z 2+2: It fetched $50,050 including the premium, perhaps because the odometer showed only 1,365 miles from new, but also promising for those expecting a boom in demand for Japanese-marque collectibles.

The preserved collection, too, was sold without reserve and was subject to vigorous bidding, mostly within the range of the pre-sale estimates. Jack and Sally had held the cars in dry storage near their Texas Hill Country home since 1973, when they moved there from Wisconsin — it’s not a real “barn find” in that the owners always knew what they had and where it was stored, and checked on the collection regularly. The cars’ interiors looked presentable, the fabrics, leather and wood intact and mostly restorable rather than in need of replacement.

“I’m 82 now and I love my wife,” said Jack. “We took good care of these, intending to finish them, but I didn’t want to burden her with having to deal with this after I’m gone.” Their move from Wisconsin was impelled in part by health issues, and the same issues impeded realization of his long-held dream of restoring the cars, though he seemed like a pretty lively 82-year-old at the auction.

Jack’s 1923 Milburn Electric Model 27L Brougham was treated to a new set of batteries and ran right away, gliding silently up onto the auction block. The catalog claimed a 20 mph top speed and 75-mile driving range. Several bidders pushed the price to $165,000, or $40,000 beyond the top of the pre-sale estimate, before auctioneer Peter Bainbridge banged the gavel.

Also driven under its own power onto the stage, the 1908 REO Model G Detatchable Boattail Roadster/Sedan Convertible bore several markers of well-preserved originality, even though it was already 65 years old when put into storage. It sold for $104,500, nearly $10,000 beyond the estimate, and came complete with the rear seat that can be bolted in place of the boat-tail when the owner needs more than two seats.

The unquestioned prize of the collection, though it looked a little more used than some others, was the 1932 Cadillac V-12 Model 370B Convertible Victoria. Only three production models are recorded using this body style, and they were all V-16s, lending credence to Jack’s research suggesting that his car—bearing serial number 1—had been a prototype for the coachbuilders who used a V-12 chassis in place of the intended V-16. Although the catalog claimed the car had recently been “started and operated,” it was towed onto the stage after which auction handlers cranked the starter to demonstrate the engine turns over. It gaveled at $286,000, right at the bottom of the pre-sale valuation.

Emerging from storage as a non-runner that was last fired up several decades ago, the value of the V-16 Cadillac originally sold to Phillip Wrigley, heir to the chewing gum fortune, no doubt suffered from the uncertainty about how much it might cost to get it going again. It’s a massive 1938 Fleetwood Series 90 Imperial Limousine that had a dominating presence in position alongside the seating area inside the auction tent. Of the lot, it seemed in best cosmetic condition and was mechanically complete despite not running. It sold for $46,750, just at the low end of the pre-sale approximation.

Jack acquired another V-12 Cadillac, a ’33 Model 370C Town Coupe, while living in Wisconsin in the 1960s and showed it at events, including Cadillac-LaSalle Club meets. After 42 years in storage, this two-door drove onto the stage under its own power, blowing some smoke, and sold for $55,000.

The Kozy Coach trailer, which Jack and Sally only ever slept in one night, during their move, drew more money than a couple of the cars, with Motostalgia reporting it sold at $66,000.