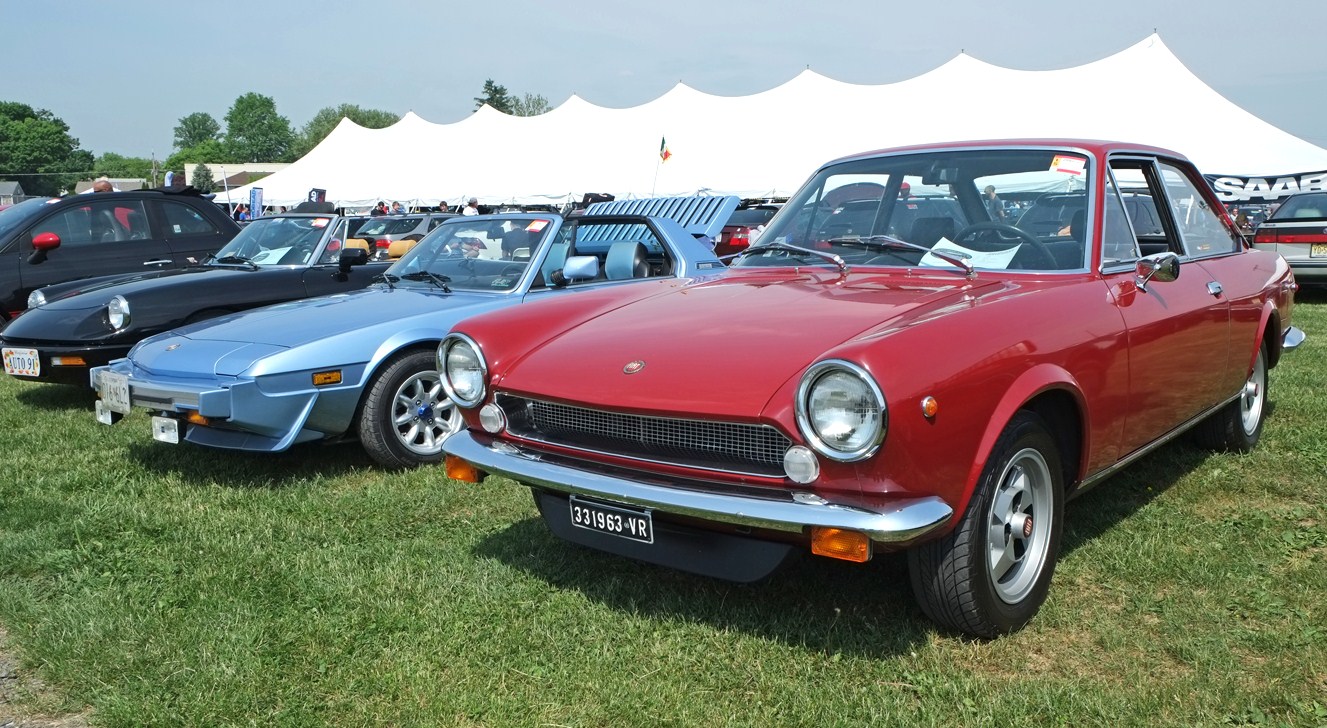 Once a year, a very special and different kind of car show happens in Carlisle, Pennsylvania – the Carlisle Import and Kit Car nationals.

This is one of my all-time favorite shows because it has more different kinds of cars than any other show I have ever attended.It is not a full-blown concours event but a sort of happening, where people who love import cars, often orphan marques that have not been sold in the U.S. for years, drive to Carlisle and show off their cars.

During the three days of this event, import cars from every imaginable manufacturer – Alfa Romeo to Opel, Renault to TVR – are parked on the broad show field.

One thing that sets Carlisle Import apart from other multi-marque shows is that Carlisle has welcomed and assisted in facilitating the various clubs so that they can hold large meets at the Carlisle Import nationals. Such groups as the Saab Club, North American TVR Club, Opel and Opel GT clubs, among many others, treat the Carlisle Import show as a focus event for their members.

What this means is that you have almost 300 Saab cars on the show field, along with 200-plus Volvo cars, as well as huge turnouts of Opel, TVR, Citroen, Renault, Datsun and Audi cars as well. Many of the clubs serve their members three meals a day, host tech sessions and car shows; the Saab Club even hosts a movie on Saturday.

Looking to see a Citroen SM or a Bitter SC? You will see it at Carlisle. I never cease to be amazed at the rare cars, many of which I have never seen in person, that are driven to and displayed at the Carlisle Import and Kit Car Nationals.

The setup of this event is also quite novel, with the different areas of the show field broken up by country. In addition, each country has a spokes model at the entrance to that “country” who will stamp your weekend passport, which is provided by Carlisle free of charge.

The show field is not the only thing at Carlisle Import. There is also one of the last remaining import swap meets on the East Coast. Vendors were selling parts for every car you can imagine, including MG, Triumph, Healey, Datsun, BMW, Citroen, Porsche, Volvo, Mercedes and even Renault.

The next part of Carlisle Import is the car-for-sale corral. There were scores of cars for sale, all imports, many at very affordable prices. Two of my favorites: a MG TC on sale for only $15,000 and a nice Morgan +4 4 seater offered for only $25,000. Other offerings included a Bentley, a 1972 Pantera and too many little British sports cars to count.

The final part of the Carlisle Import and Kit Car nationals are the many displays and tech sessions put on in the Kit Car Pavilion. If you are an owner of a kit car or are considering buying one, this is the perfect place to get your questions answered by manufacturers, speak with owners, and take a look at the different options from just about every kit-car manufacturer in the world.

This three-day celebration of imported and kit cars is a must-attend event for any car guy, no matter where your interests lie.