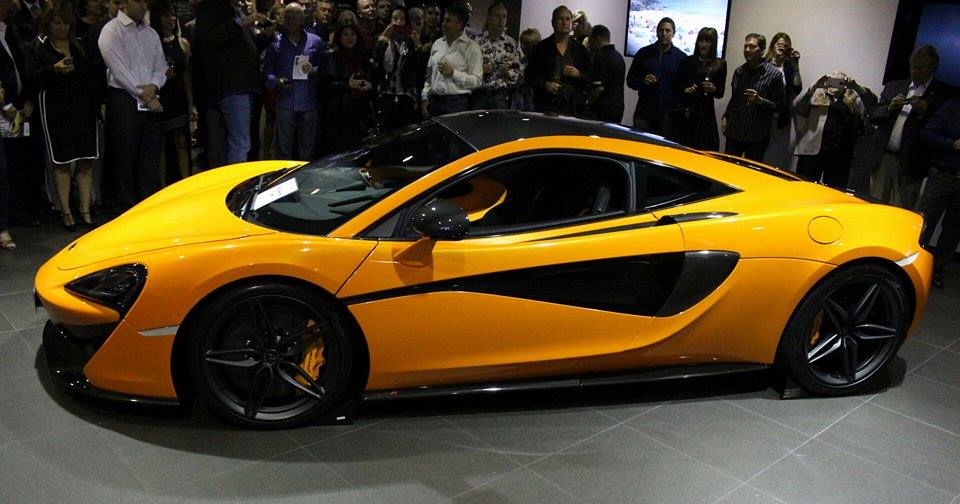 Debuted at the New York International Auto Show last month, the first Sport Series in the McLaren lineup, the 2016 570S Coupe, was introduced by McLaren Scottsdale during a VIP event held Friday in their showroom.

“For those who have been wanting to get into a McLaren and couldn’t pull the trigger before, the 570S Coupe may be the perfect fit and price,” said Rick Feldman, general manager of McLaren Scottsdale. “With the driver-optimized layout and electrifying performance, the 570S Coupe is a pure sports car, and it’s also an incredible price to be in a McLaren.”

The base price for the McLaren 570S Coupe is $184,000, which in relative terms is inexpensive compared with other McLaren models.

The 570S is a fierce sports car with a mid-engine, rear-wheel-drive layout and carbon-fiber structure. It combines a power output of 570PS (562 horsepower) with lightweight construction to give a class-leading power-to-weight ratio of 434PS per ton, according to McLaren.