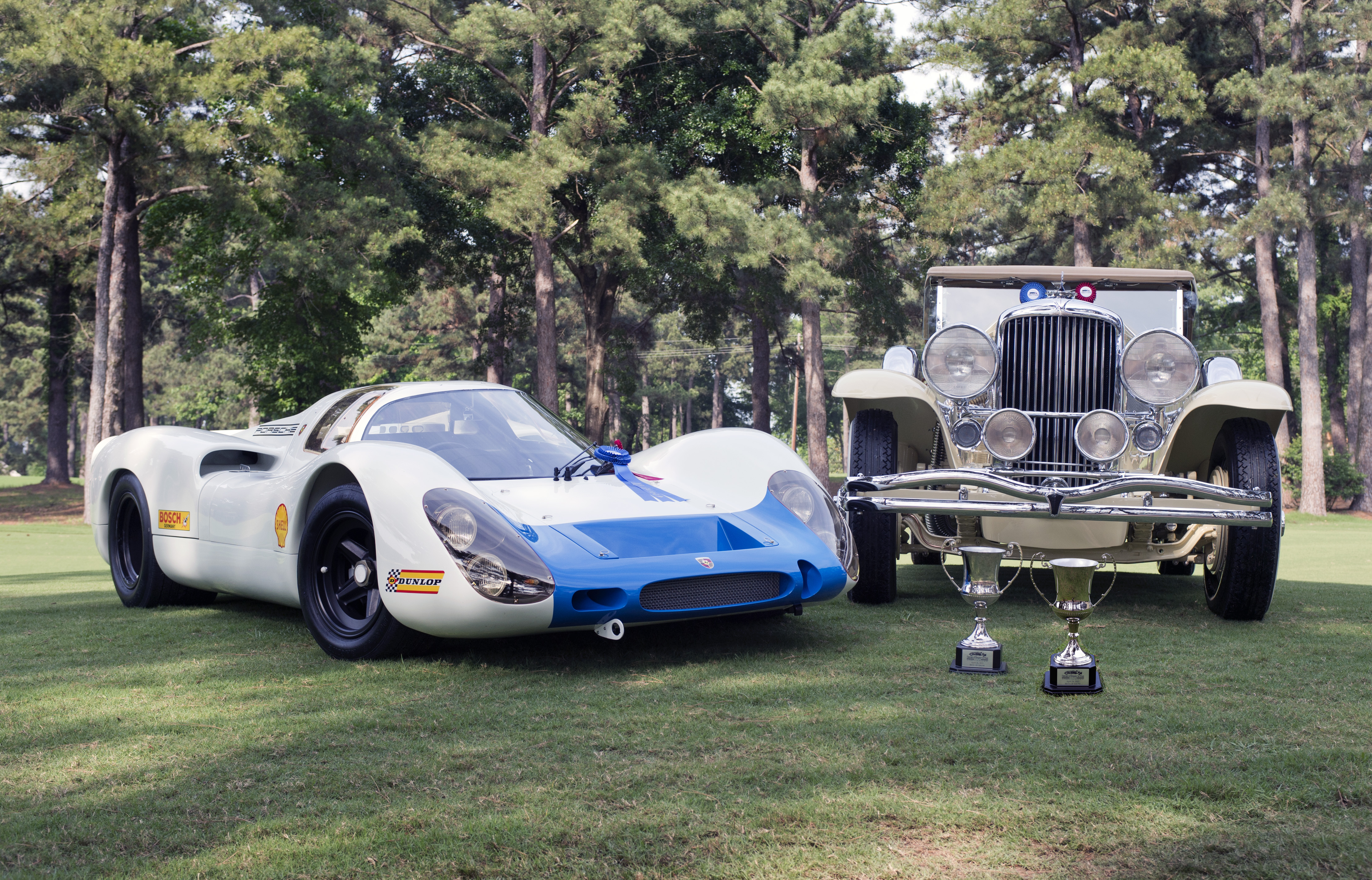 A 1931 Duesenberg J Derham Tourister and a Porsche 908 racer drove off with best of show honors last weekend at the fourth annual Concours d’Elegance of Texas.

Best of show pre-war honors went to the Duesenberg owned by Joseph and Margie Cassini of West Orange, New Jersey. Best of show post-war was the 1968 Porsche 908 short-tail racer owned by Bill Hibbs.

The event, held at the La Torretta Lake Resort and Spa in Montgomery, Texas, featured 200 vehicles and 21 classes with Packards and Porsches as the featured marques.