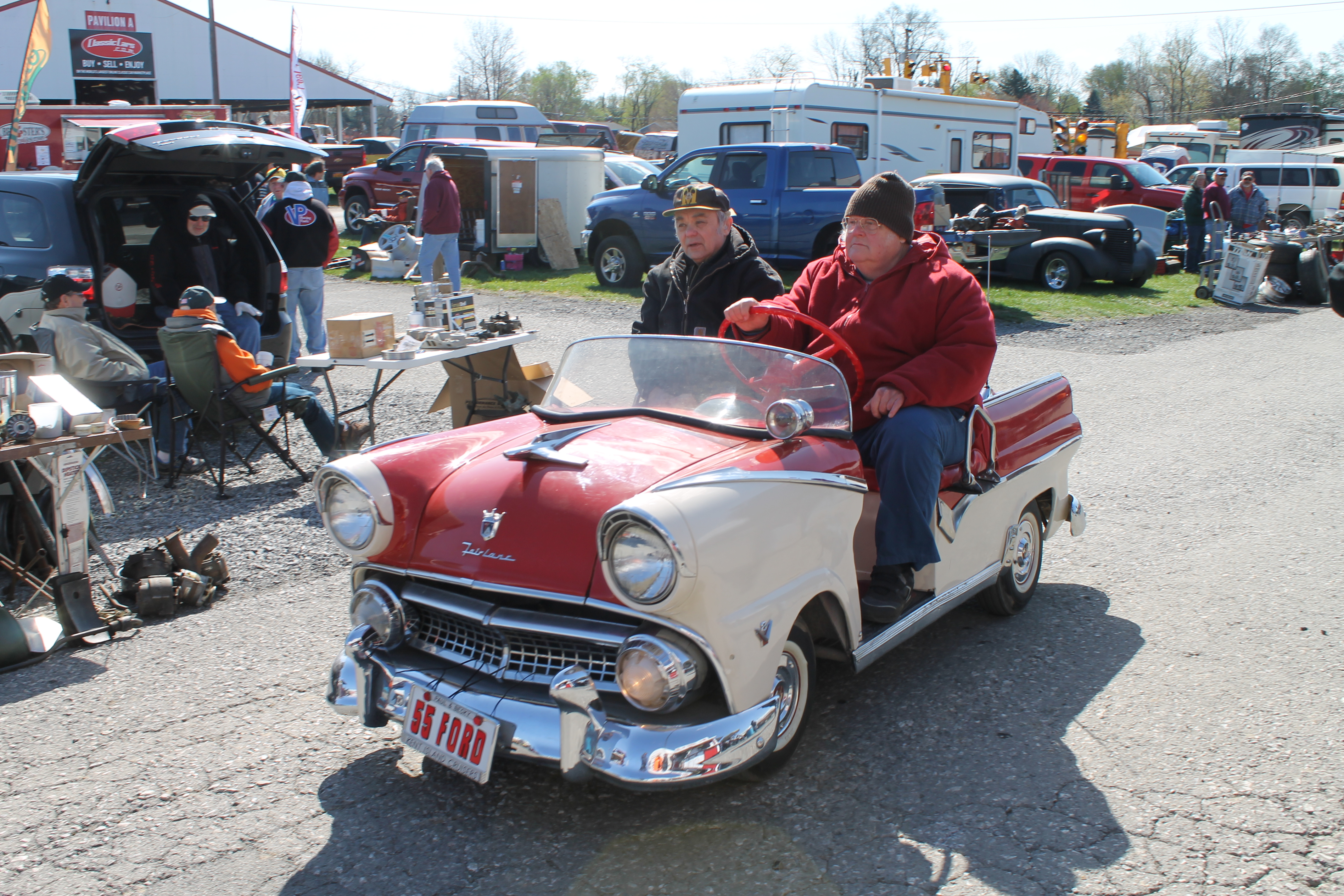 One of the things that makes Spring Carlisle so awesome is the swap meet. I was given the task of photographing interesting and unusual things for sale, but what I found more exciting and interesting was the lifestyle I saw as the swap-meet.

It’s a given when you go to a swap meet that you’re going to buy stuff, and while cars are big and heavy, I never really imagined that people would be buying panels, doors, motors, transmissions and such, much less how they would transport these items.

However, at Spring Carlisle I’ve seen the genius behind home-engineered shopping carts and other devices.

And just when I thought I had seen it all, it only got gloriously better.

By far my favorite thing was the well thought out and skillfully executed ways of transporting car parts. Sure, there were people lugging around huge bumpers on dollies, but what got me was dollies with crates bungee-corded to them with makeshift boxes on the back that served as cup holders.

As if that wasn’t awesome enough, moments later another cart went made from a dolly platform with some plywood on the base to support the huge trash can attached with tow straps.

But the ingenuity didn’t stop there. Years of Tetris skills paid off as some people balanced boxes and doors along with hoses on a dolly.

Don’t have a cool or unique shopping cart? Don’t worry, just strap parts to your backpacks and recruit your friends to help lug stuff around.

I’m not sure if it is because it has been unseasonably cold here in Carlisle but the hats were eye-catching. I saw everything from a Batman beanie to camo baseball hats to top hats to a tie-dyed jester’s hat, even giant hotdog hats.

And deeper into the sawp meet I got, the more unusual the head wear became.

With Spring Carlisle being such a huge event, you really need to have something to cruise around. Some of my favorites? A Fairlane body on a possibly a golf cart, a bicycle with pink tassels, a Harley Davidson bar stool go cart, and an endless supply of scooters.