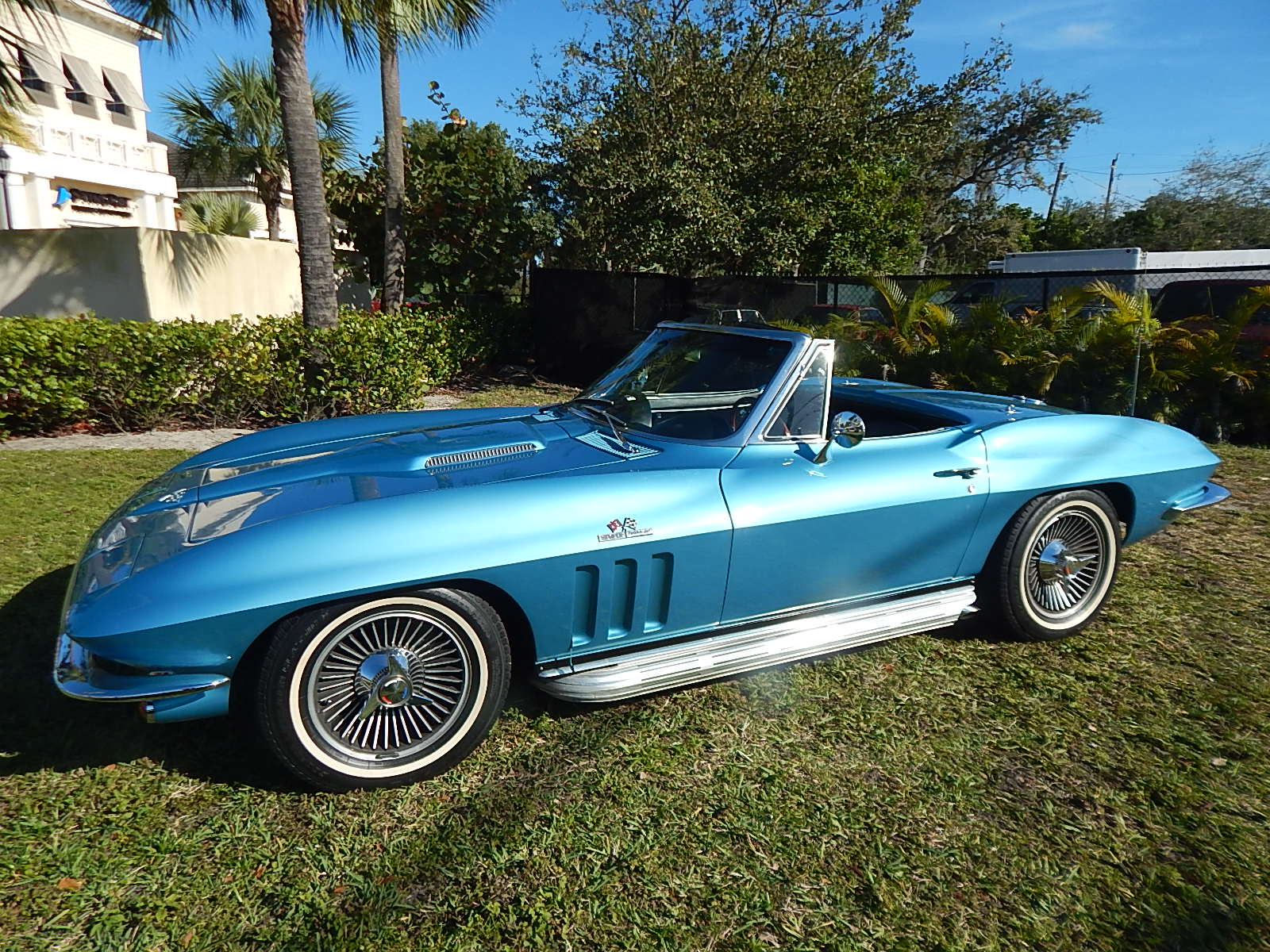 Editor’s note: This is the ninth in a 10-day series featuring the important to be sold this month at Barrett-Jackson’s Palm Beach Auction.

This matching-number Chevrolet Corvette convertible is a correct and very rare, one-year-only offering: The coveted 396/425-horsepower Mark IV motor. Only 2,157 were made, in coupe and convertible bodystyles. This car was sold new in 1965 to the original owner (R.J. Winterroth) by Alan Green Chevrolet In Seattle.

It then sold to James Dillon in Stuart, Florida, in 1995 and finally to the current owner in 1997. The current owner has had it displayed it in his museum since 1997. This car has been totally maintained and serviced with only 2,500 miles of travel in 17 years.

This is a great, contrasting color combination, having received its only repaint in 1995 in the original Nassau Blue with original black interior with date-coded black soft top.

It is complete with original Protect-O-Plate, original broach marks on the engine pad, owner’s manual in the original Chevrolet folder, warranty booklet, with name and title trace through all three owners. This is reportedly a solid No. 2 car.