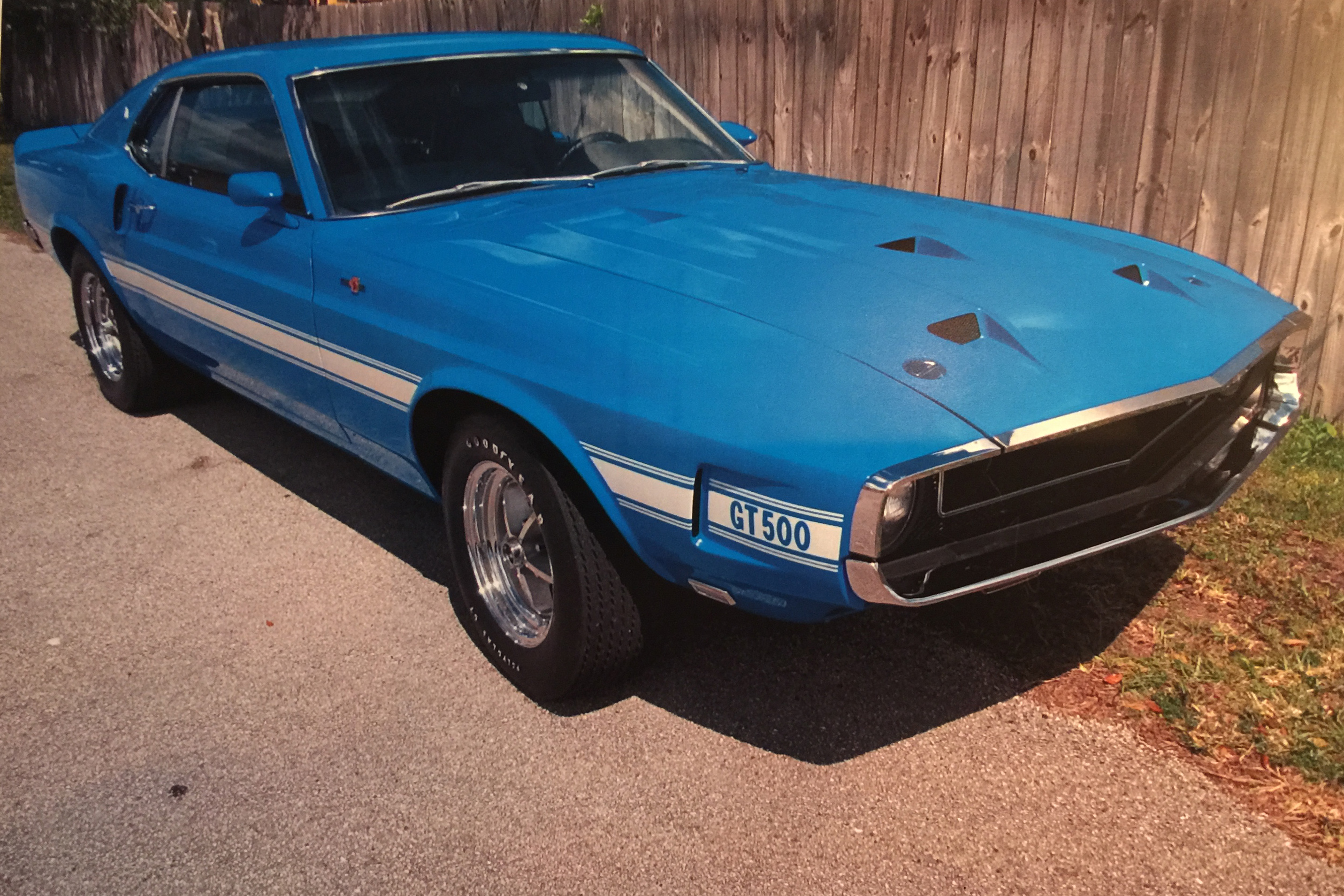 Editor’s note: This is the second in a 10-day series of featured vehicles to be sold at Barrett-Jackson’s Palm Beach Auction.

Following the overwhelming success of the now notorious Shelby built, Ford Powered, AC Cobras of the mid-sixties, Ford reached out to Shelby American in 1964 to once again bring a winning performance package to a new small car, notably, the Ford Mustang. With Ford commissioning Shelby American to build a line of performance Mustangs in 1964, the first Shelby GT350 rolled off the assembly line as a 1965 Shelby GT350.

By 1969 Shelby had introduced the potent big block GT500 to the Shelby lineup. With overwhelming demand for the GT500, the production was moved to the Ford assembly plant.

This 1969 GT500 has 83,687 original miles and is one of 416 cars with this paint code.  It has a 4-speed manual transmission, traction-lock differential, 3.50 axle ratio, new Goodyear Polyglas tires and Ram Air induction.

With Ford and Chevrolet engaged in a fierce pony war battle to dominate the racetracks in the late sixties, Dodge had some designs of their own to waltz in and take over the pony war party. In the fall of 1969 Dodge brought the big block Challenger to the race track and all the rules changed. The Challenger was Dodge’s response to the powerful Ford Mustang and Chevrolet Camaro. The Challenger came in a staggering number of trim and option levels that featured virtually every engine in Chryslers inventory including the notorious powerhouses 440 Six Pack and Hemi.

This particular Challenger, was restored about three years ago, with a rebuilt 440/6-pack engine with less than 250 miles on it since the restoration. The car is black and features a vinyl SE roof, rally hood, dual exhaust, 15-inch rally wheels and new tan interior with factory-leather buckets. This car also includes such options as power windows and 6-way seat track. All of the SE/RT chrome and badging are present.