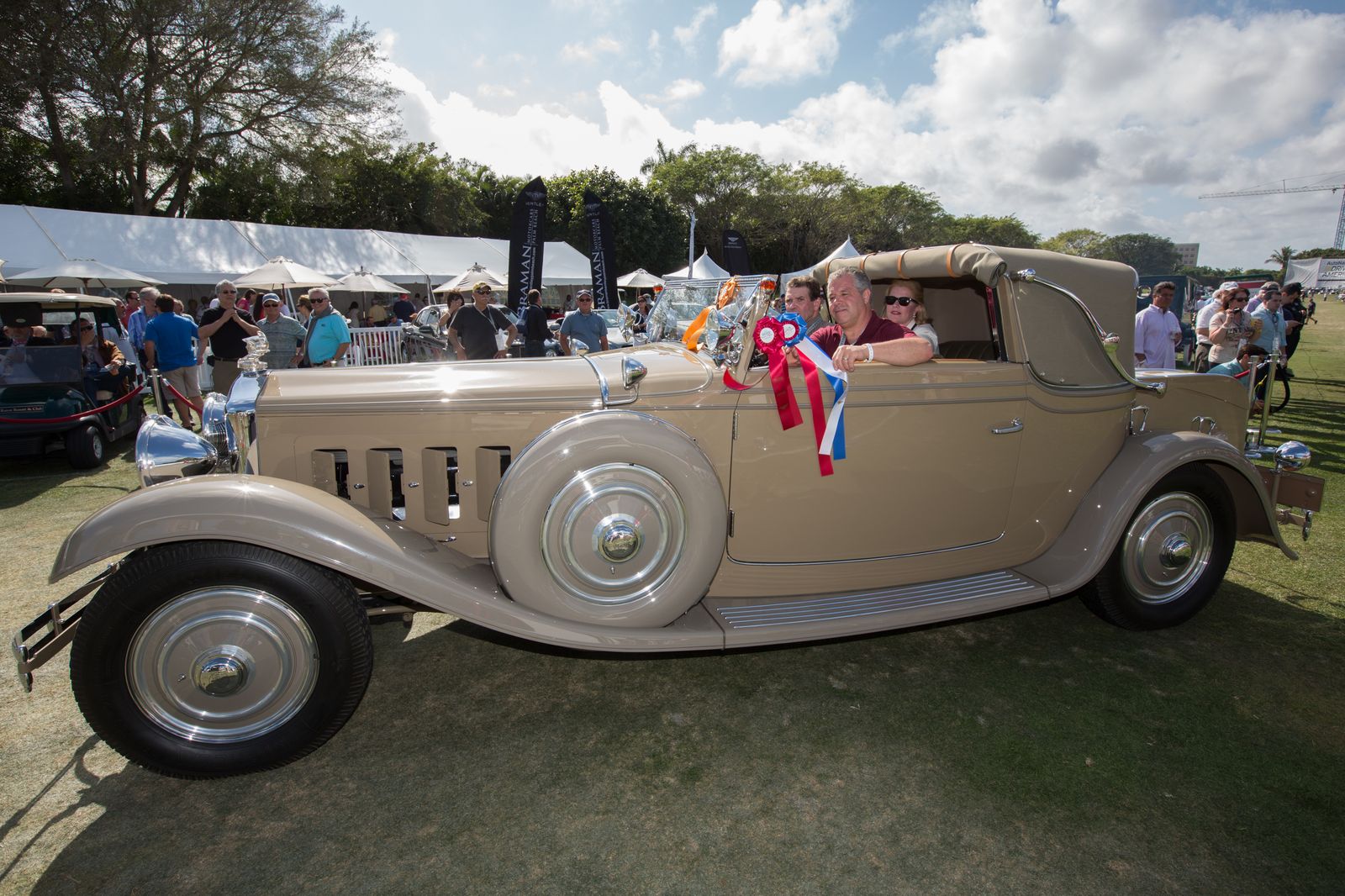 Cadillac and the 50th anniversary of the Ford Mustang were the features of the ninth annual Boca Raton Concours d’Elegance in Florida, but it was a 1930 Minerva AL owned by Margie and Joseph Cassini III of West Orange, New Jersey that drove off with best in show honors at the event.

Presented by Mercedes-Benz and AutoNation, the concours raised more than $8 million for the Boys & Girls Club of Broward County.

The weekend began with the duPont Registry Live Hangar Party and continued Saturday with automotive seminars, including sessions on Cadillac, the Collector car market in th last five years and the another on the next five years, as well as a hot rod seminar.