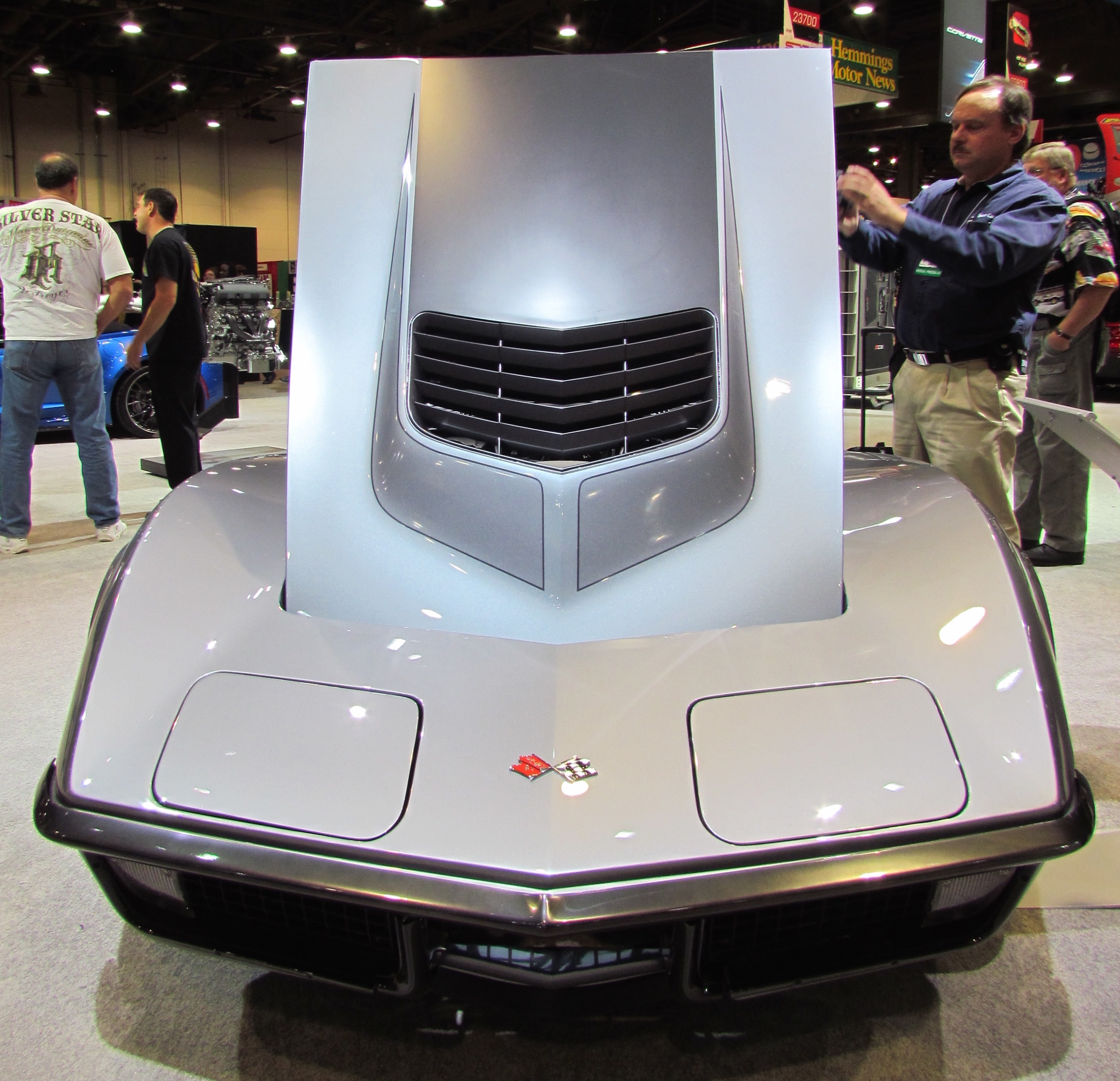 ClassicCars.com’s editorial director Larry Edsall is among the staffers attending the annual Specialty Equipment Market Association (SEMA) Show this week. In addition to checking out the newest in vehicle customization, preservation and restoration supplies, one of his duties is to post a classic car of the day. Here is his latest selection:

If you see it with its hood down, this 1971 Chevrolet Corvette looks like just another very nicely restored Stingray.

The front fender vents have been restyled, there’s a hood air extractor that might remind you of the one on the new C7 Corvette, and there are some carbon trim and 18-inch rally wheels with the same trim-color accents.

Nice job by someone.

But not just anyone because if you see this car with its hood open, you’ll see that it doesn’t carry its original LT1 engine but General Motors’ latest 6.2-liter LT1 crate engine, with direct injection and variable valve timing, and 460 horsepower and 465 pound-feet of torque. Upon further examination, you also can discover that such power flows to the rear wheels through a Super Magnum 6-speed manual transmission. And that the car rides on coil-over suspension and stops via the same brakes used on the sixth-generation Z06 Corvette.

OK, so what’s up with this car? That new LT1 crate engine isn’t even available yet (though it will be very soon; Chevy says in the first quarter of 2015, and in wet- or dry-sump setups).

The answer comes when you look inside this Stingray, where the seats have been retrimmed in black leather and suede, the three-spoke steering wheels has been wrapped in suede, and where there are carbon-fiber trim accents and “Jimmie Johnson” signatures on the seat backs, console and door panels.

Oh, and that exterior color is a shade officially called “J.J. Blue.”

This Stingray, the Jimmie Johnson Concept Corvette, was a project by Chevrolet and the six-time NASCAR stock-car racing champion. Johnson visited the GM Design studios and engineering facilities in Michigan a couple of times this summer to work through the car’s design and details, and then he stopped in at the SEMA Show to unveil the car before going on to Phoenix for this weekend’s NASCAR race.