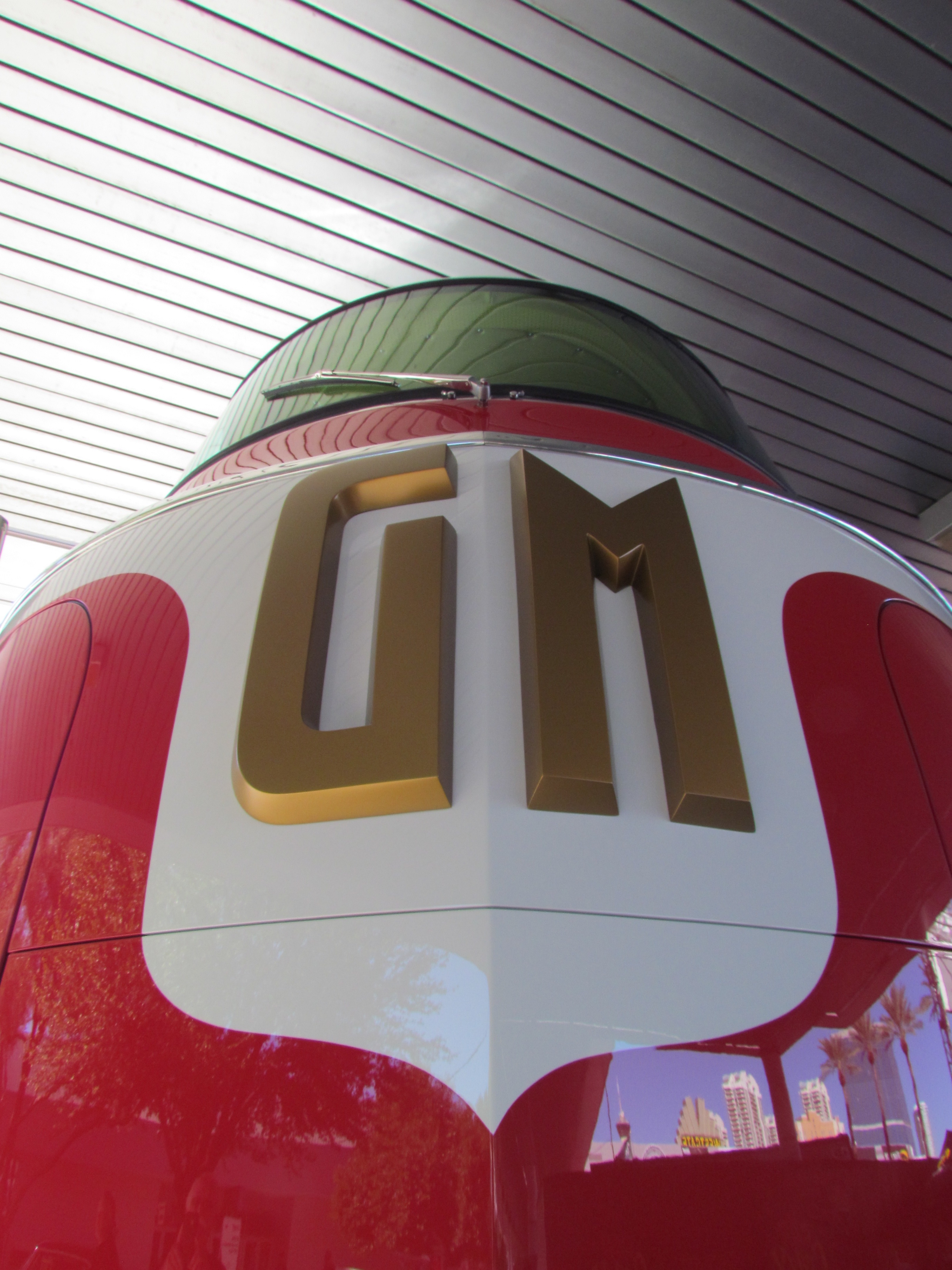 ClassicCars.com’s editorial director Larry Edsall is among the staffers attending the annual Specialty Equipment Market Association (SEMA) Show this week. In addition to checking out the newest in vehicle customization, preservation and restoration supplies, one of his duties is to post a classic car of the day. Here is his first selection:

OK, so it’s not a car, but it certainly is a classic, a 1939 General Motors Parade of Progress Futurliner, which has just been restored by Kindig-it Design of Salt Lake City.

This restoration project is remarkable on at least two fronts: Restoring the rusted-out remains of such a huge and historic vehicle — this is the third of the 12 Futurliners built by GM — is a massive undertaking, and the vehicle’s owner turned out to be not a traditional classic vehicle restoration shop but a company that made its name doing wild custom cars, many of them featured on the Bitchin’ Rides television show on the Velocity network.

“When building a custom you have a game plan. I do a rendering and hand it off to my guys,” said Dave Kindig, whose company’s name plays on his own. “For this project, I did a lot of research because we wanted to be true to what it was originally.”

One thing Kindig and his team did was to bring in a specialist in 3-D laser scanning, which provided detailed measured renderings of the Futurliner so it could be precisely rebuilt. One example of the benefits of such technology, Kindig noted, was the way the GM initials were milled right into the center section of the front and rear rubber bumpers.

Kindig said 60 percent of the original sheet metal had to be replaced, but his team rebuilt the chassis structure and the exterior surface sections that needed to be redone just the way they had been constructed in the 1930s at GM’s Fisher Body. In fact, he said, the Futurliner was really updated in only two areas: The structural metal was covered with an epoxy for anti-corrosion protection and the air brakes were updated to modern standards.

Kindig said another big difference between this restoration and his usual customizations is that, “One guy can’t do this. This takes a lot of guys, four to 12 at any given time,” he said. “In fact, all 29 in the shop had their hands in this thing.”

Kindig said that the Futurliner’s owner was so pleased with the restoration that he has a new assignment for the Kindig-it team:

“We’re building Futurliner 2.0,” Kindig said, explaining that the Futurliner’s owner has a technology company that often displays its wares at trade shows.

“This will be a lot more fun than a traditional booth,” he noted.

Ironically, the Futurliners were built originally as a group of rolling show display booths. No. 3 carried a cutaway version of an Allison J-35 jet engine to show the public how such an engine worked, and the Kindig-it crew even recreated that display as part of its restoration.