Hidden away for decades, early American motor car heads for sale at Hershey 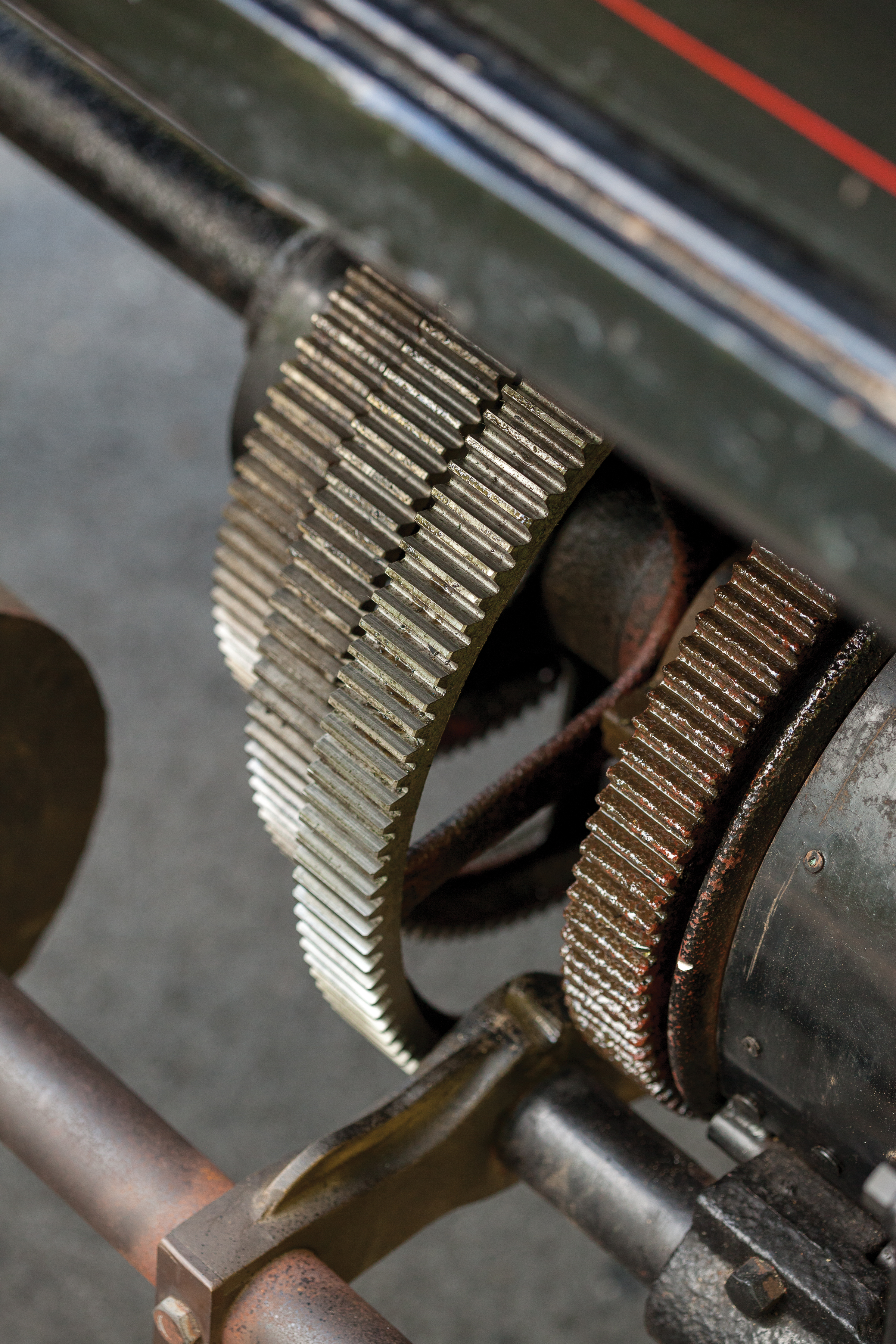 We all love a good found-car story. Well, here’s one that starts nearly 120 years ago, back in the dawn of the motoring age:

In the late summer of 1963, Henry C. White, recently appointed vice president of Capewell Manufacturing, decided it was time to clean out an old factory the company owned in Hartford, Connecticut. Once upon a time, the plant had been used to produce horseshoe nails. Among other things, found inside were nearly two dozen late-19th century bicycles and a horseless carriage.

The car had been built by one of Capewell’s predecessor companies, Armstrong Manufacturing and, it turns out, had been one of six newfangled motor cars to compete in a race that spanned some 40 miles, leaving the Manhattan post office, up past Yonkers and all the way to the offices of Cosmopolitan magazine in Irvington, New York.

After the race, the car was offered for sale. But its technology made such a purchase an expensive proposition and the car was returned to Armstrong’s factory in Bridgeport, Connecticut, where it was parked until 1950, when Capewell bought Armstrong and moved all its stuff to the former horseshoe-nail factory in Hartford.

In case you’re wondering where this story is going, we’ll note now that the 1896 Armstrong Phaeton is one of the cars up for bidding at RM’s Hershey auction October 9-10.

“It’s very rare to have a car from this era that has a history traced back to Day 1,” said RM car specialist Gord Duff. “Throughout the years, it has had a couple of restorations, but the whole car has always been there. It’s not a car where half the wood was missing and someone had a piece of the car and engine. This car was compete for its entire life.

“It has had restoration work, but it’s not a car that was built up to look like what it was. Ninety percent of the parts are more than 100 years old on it, and the mechanics on the car, the engineering that went into this car, was pretty phenomenal. It was 25 years ahead of its time.”

In 1963, the car went from the old horseshoe-nail factory to a Capewell employee’s home garage in Harwinton, Connecticut. In 1995, automotive historian Dennis David brought the car to the attention of the Magee brothers, who added it to their collection for several years.

From the Magees, the car went to England and Robin Loder, a member of the Veteran Car Club of Great Britain. Loder had the car restored/preserved by Robert Steer. The car also was date-certified by the VCCGB as being manufactured in 1896, although it is believed that it actually was constructed in 1894 and 1895. Regardless, the date certification means the car is eligible for the London-to-Brighton Rally.

The car returned to the U.S. a few years ago and was re-conserved by Stewart Laidlaw, who figured out the electric starter and electrically controlled intake valves.

“It wasn’t the right time for the car, and we’re not sure what it would have cost at the time,” Duff said of the Armstrong. “In 1896, cars were a pretty scarce thing. This would have been a real rare thing to not see horses in front of it.

“If you’re a significant collector of cars and appreciate the history of the automobile, it’s rare to come across something like this.”

“It was of the same era as this one,” Duff said. “It’s a piece of history, not just an automobile.”

And, he added, with its age, it will be one of the first cars on the road for the London-Brighton rally, where cars start in chronological order.

Plus, it may not be available for sale again in current bidders’ lifetimes, he said.

We’ve already written about the two big private collections being offered at the sale, those compiled by John Moir Jr. and Jeffrey Day. What, we asked Duff, other than the Armstrong should draw a lot of interest outside the cars from those two collections?

He suggested several, starting with the 1905 Fiat 60 HP five-passenger Tourer (estimated $800,000 to $1.2 million and offered without reserve), the third of 20 built and originally owned by August Anheuser Busch Sr.

He also noted that while the Day collection is comprised primarily of Ford products, “People are going to be amazed at every car being the best of the best, from fit and finish to the mechanicals. Some of the cars are common, but you don’t see them of this caliber.”

Dunn couldn’t stop without mentioning at least two more vehicles. One is from the Day collection, and it’s not a Ford; it’s an 1860 Abbott-Downing stagecoach which has been in Day’s care since 1971.

And while the Hershey sale always is heavy with pre-war American cars, Dunn said to keep an eye on one of the European offerings, a 1962 Porsche 356 B 1600 hardtop that is one of fewer than 1,100 produced by Karmann. The estimate is $90,000 to $125,000, and while the car is being sold without reserve, Dunn said the hammer price “could surprise us all. It’s a very rare car.”