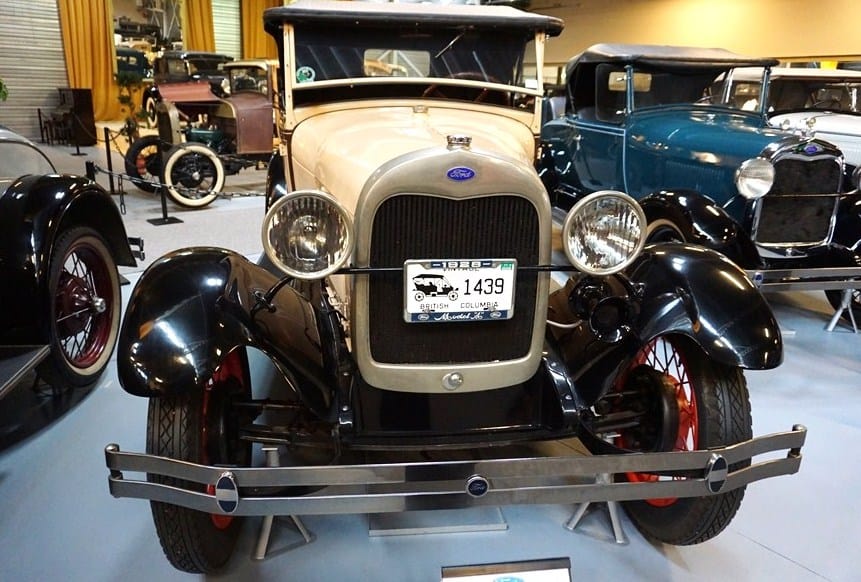 Here’s a car-guy fact that’s probably flown under your radar: In the town of Hillegom, Netherlands, resides the world’s largest private collection of Ford vehicles. The Den Hartogh Ford Museum, started in 1956 by obsessed Dutch collector Piet den Hartogh, holds more than 200 Ford and Lincoln vehicles ranging from 1903 to 1948 models.

Now that you know about it, here’s your chance to buy a piece of it. The museum is selling 47 pre-war cars from its collection (plus a few late-1940s trucks) in an online auction that is taking place through Thursday.

The cars for sale include many facets of Ford history, from standard Model Ts and As, through V8-powered roadsters and Lincoln luxury cars, to some unusual European versions of typical Ford models. There also are such things as a 1929 Model AA fire truck and a 1937 tour bus.

The online sale is being conducted by BVA Auctions, also of the Netherlands, which is advertising the online auction on ClassicCars.com, with bids being taken on the BVA website.  Opening bids for the variety of cars start at €8,000 (just over $10,500) and go to €35,000 (about $44,000). To register to bid, click here.

The operators of the Den Hartogh Ford Museum, which is open to the public, decided to sell off 47 earlier cars to make room for later models so the collection would become “younger” and thus attract more visitors, according to the BVA website.

“The Ford vehicles are being auctioned because the Ford Museum always wants to ensure that its range can be recognized by visitors,” BVA says on its website. “The decision was, therefore, taken to exchange the pre-war Fords for vintage vehicles that are not as old. The range of Fords consist of various vehicles produced in the 1910s, 1920s, 1930s and 1940s and range from buses to convertibles.”

The auction company – which conducts all kinds of auctions of cars, art, equipment and manufactured goods – describes the Ford vehicles as being in “good” condition.  Of course, if you do buy one, you will have to tote it back from Hillegom.

You can take a look at the entire collection of cars on the Den Hartogh museum’s website,  although it would help enormously if you spoke Dutch. Still, the high-quality photos show what it’s all about.

For a full list with photos of all the Fords at auction, see online Ford auction.

As for the Den Hartogh Ford Museum being the world’s largest private collection of Fords, it was certified as such by the Guinness Book of World Records.