The attrition rate of cars from the mid-disco to late Reagan-era is huge. And while we’d love to see someone somewhere driving any one of the cars on this list, in truth, we can’t remember the last time we saw any of them.  Here are five of our favorite nearly extinct cars: 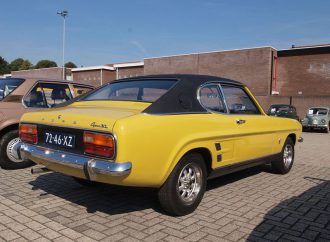 1971-77 Mercury Capri — Few people remember the 1980s Fox-body Mustang’s near-identical twin, the Mercury Capri. Fewer still can recall the Australian-built front-wheel-drive convertible Capri. This isn’t either of those cars— it’s not even the first to wear the Capri badge. It’s the German Ford mini-Mustang Capri. Sold in the U.S. through Mercury dealers and marketed as “The Sexy European” with an assortment of four- and six-cylinder engines, it was nice looking and great to drive—at least we’re assured of this from vintage road tests. One Capri recently offered on Bringatrailer.com was the first that we’ve seen in ages. 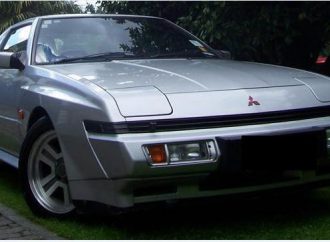 Chrysler Conquest/Mitsubishi Starion — The Conquest was the captive import twin of the Mitsubishi Starion. In the hottest turbo spec with 197 HP, these cars would put the fear of God into Porsche 924/ 944 owners who had the privilege of paying almost twice as much for less performance. Where have they all gone?

1969-75 International Harvester Travelall — The Travelall was the Scout’s big brother, and while Scouts are still regularly seen (particularly in the summer with tops off), the Travelall has all but disappeared. In reality, it was one of the pioneers of the modern SUV and one of the first vehicles to offer anti-lock brakes. Sadly, it was completely overshadowed by the Jeep Wagoneer. 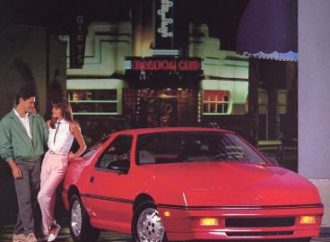 Chrysler Laser/ Dodge Daytona Z Turbo — The K-car platform saved Chrysler in the 1980s and underpinned nearly everything that they built, including the sporty Laser/Daytona twins. The car was nowhere near as bad as the foregoing would suggest; 2.2- and 2.5-liter turbo fours produced anywhere from 175 HP to 224 HP in their hottest states of tune. Carroll Shelby versions of the Daytona are somewhat collectible, assuming you can find one. 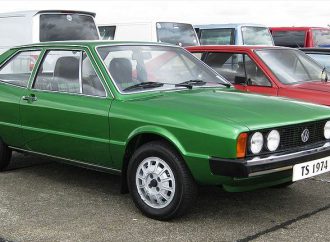 1975-81 Volkswagen Scirocco MKI — The Scirocco was the spiritual successor to the Karmann-Ghia. It followed the same formula of a pretty Italian body over more pedestrian underpinnings (in this case a body designed by Ital Design clothing Rabbit-derived mechanicals). No matter, it was a decent handler and quick enough for the day. Today, there are probably more Bentley Continentals on the road than MK I Sciroccos.